Memories of the Moon Landing

50 years ago, on 20th July 1969 Apollo 11 landed on the Moon and astronauts Neil Armstrong and Buzz Aldrin became the first humans to walk on its surface. Live television pictures broadcast from the Moon turned this into a global event, memories of which are captured in numerous interviews held in the British Library Oral History collections. This blog explores just a few of the diverse perspectives on this event that these interviews reveal. 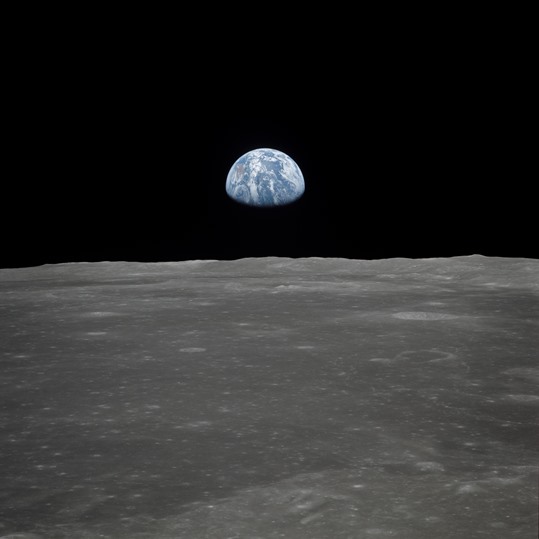 Gerald Myers (b. 1934) was interviewed by Jill Wormsley for the Millennium Memory Bank. He recalls that for those of his generation who grew up rarely travelling far from home, the idea of people visiting the Moon seemed ‘incredible’. This was certainly not something he expected to happen in his lifetime. For others such as Paul Ward (b. 1962), interviewed by Wendy Rickard in 2007 for the HIV/AIDS Testimonies project, watching the Moon landing was integral to his recollections of family life in the late 1960s alongside memories of family meals and birthdays.

Materials scientist Julia King (b. 1954) interviewed by Thomas Lean for An Oral History of British Science, recalled the Moon landings as part of a wider focus on the latest achievements in science and technology that permeated her childhood:

‘Well I remember being taken to meet Valentina Tereshkova, who was the first woman in space, a Russian cosmonaut, and getting her autograph. She must have been speaking at Wigmore Hall or something like that. And of course there was, when I was at school, when I was at Godolphin, where we all sat in the hall to watch the Moon landings. So there was all that going on as well. It was a time of, of real, really intense time for discovery in science, and new, new things happening. And the papers were, were absolutely full of it. They weren’t full of footballers and, and, TV shows, talent shows on television and things; they were, they were full of, a lot of achievements in science.’ 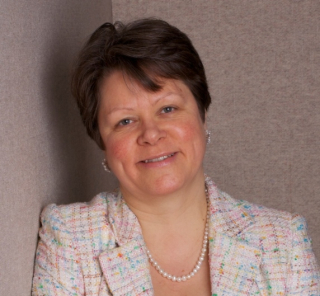 Julia King, interviewed for An Oral History of British Science

One of the people behind this press coverage was Dennis Griffiths (1933-2015). Griffiths was the driving force behind An Oral History of the British Press, and was interviewed for the project by Louise Brodie in 2006. In 1969 he was a member of The Evening Standard production department. At a time when a lengthy setting up process was required to generate colour copy, the paper’s managing director Jocelyn Stevens took a gamble that the landing would be successful. The production team raced into action to pre-print a facsimile colour picture of Neil Armstrong walking on the Moon ahead of the event itself so that the paper’s front page was already in place before any official pictures were released. As Griffiths recalled:

‘I mean the adrenaline was flowing and when I’ve given talks on newspapers all over the world when I come to the Moon landing and I show them the paper how it was actually done and they disbelieve that anybody would produce a national newspaper days before it happened and gamble and then absolutely slay the opposition. Yes, that was without doubt the highlight.’

‘You would have paid to have worked on that day. It was the most exciting day of my career. And at the end of the day when they blasted back off, the editor Charles Wintour threw a champagne party in his office to celebrate.’

For his efforts Griffiths received a bonus cheque which he used to buy a pearl ring for his wife, Liz. A sense of how the Moon landings continued to resonate many years later emerges from furniture designer Tom Dixon’s (b. 1959) interview with Frances Cornford, part of Crafts Lives. In 2004, as Creative Director of Habitat he developed a line of products in collaboration with celebrities. Most of them were prominent individuals from the creative industries or sport, but one of the more successful products in the range was ‘a moon lamp with Buzz Aldrin, you know, for kids’. Sold as the ‘Moonbuzz’, Dixon saw a clear story behind this product which strengthened its appeal with the public. It also suggests just how firmly embedded in popular culture the events of July 1969 remain.

Extracts from interviews with British Space Scientists can be found on our Voices of Science Rockets and Satellites theme page with full interviews on British Library Sounds under the subject heading space science and engineering.

Audio-Visual Resources and The Academic Book of the Future

In early 2015 I was fortunate enough to catch Bex Lyons giving a presentation on The Academic Book of the Future. This is a research project sponsored by the British Library and the Arts and Humanities Research Council (AHRC) and delivered by a research team led by Dr Samantha Rayner at UCL. The project seeks to explore the future of academic books in the context of open access publishing and digital change.

Aside from the fascinating debates about what constitutes ‘academic’, what constitutes a ‘book’, and what an ‘academic book’ might be in the current research landscape – I was struck by the potential applications of the project to the collection I am vested in at The British Library: sound. 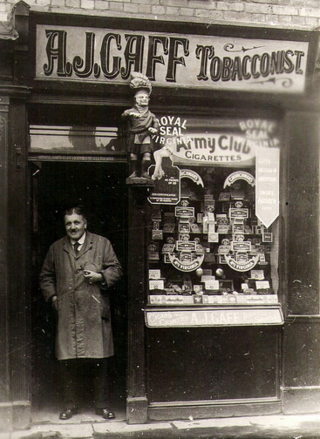 The British Library sound archive is an extraordinary collection of over 6.5 million recordings dating back to the birth of recorded sound in the early 19th century. If you were to listen to our entire collection back to back, 24 hours a day, seven days a week, with no holidays or breaks, it would take you over 140 years – plus the collection is growing daily! It is a unique research resource, comparable only to the Library of Congress sound collections in the USA. Find out more about our collection here

Sound recordings are the closest thing to time travel that we have as a research tool. Take for instance this audio clip of JRR Tolkien visiting a tobacco shop. We are instantly transported to 1929 when the recording was made, and it is easy to feel that you are being addressed directly. The time that has passed between then and now seems to vanish. (image: https://www.flickr.com/photos/brizzlebornandbred/12255828365)

The Save Our Sounds project 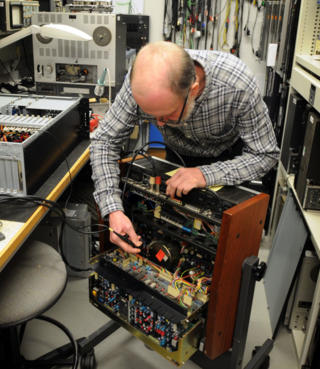 Many of the British Library’s recordings are under threat of disappearing as technologies change and some formats begin to naturally decay, and in response to this challenge the Library has launched a major campaign to digitise our historic sound collections.

As well as enabling us to future-proof our collections, the Save Our Sounds campaign is a unique opportunity for us to take stock of our role as audio heritage archivists, cataloguers, librarians, and collectors. Part of this includes considering access and the ways in which our collections are used by researchers. It is here, at the crossroads of research and engagement, that linking up with The Academic Book of the Future project becomes very exciting.

At the moment, if an ‘academic text’ includes audio or visual resources these tend to be included as DVDs, CDs, and perhaps even CD-ROMs (yes, they are still floating around out there!). As the technological landscape of the world changes, the ability to access and play CDs, DVDs and most definitely CD-ROMs will become increasingly limited. From the initial survey work that has been done for the Save Our Sounds project, the main preservation concern is not that the recordings themselves are at risk of disappearing, but the obsolescence of the playback equipment.

So, how will audio-visual resources be included in academic books of the future?

In current and emerging contexts in which content is increasingly digitised and media-rich, how will the ability to incorporate audio-visual research directly into research outputs change the way in which these outputs are created, accessed, and referenced?

We hope that working with The Academic Book of the Future project to address some of these questions will offer important insights into how researchers are using sound and moving image resources, and highlight common issues and concerns across disciplines.

If you are or have used sound and/or audio-visual materials for research do please complete our short survey. The closing date is Friday 1st April.

A symposium has been arranged to discuss the findings of the survey & hear presentations by publishing houses, app developers, and researchers. The symposium will address and encourage discussing ways of working together to fully explore the potential of audio-visual components in the academic book of the future. Save the date – 23rd May 2016 at The British Library, London.

Find out more about Save our Sounds at www.bl.uk/save-our-sounds, follow @SoundHeritage for live updates from our digitisation studio, @SoundArchive for tweets from the sound team, and use #SaveOurSounds to join the conversation on Twitter.