'New ways of doing journalism' was the enticing title of a seminar held last night at City University in London. It brought together leading practitioners in the new modes of web-based news production whose success (social, and in some cases commercial) is challenging existing models and exciting a lot of people in he news world. The room was filled with journalism students (and some journalists) aware that they were joining a profession that is on the verge of something very exciting. The question was, how to sort out the excitement from the journalism, the tweets from the passion for truth.

The speakers were Andrew Jaspan, founder and CEO of The Conversation, a site publishing news and commentary by academic experts; Annette Novak, ex-editor and CEO of Sweden's Interactive Institute, which experiments with interaction design and data visualisation; Sarah Hartley, journalist, blogger and co-founder and editor of Contributoria, the recently-launched crowdfunded, collaborative journalism platform; and Luke Lewis, editor of the British branch of the site that is doing the most to overturn accepted news models, Buzzfeed. The chair was Professor George Brock, who has written so illuminatingly about the new journalism, both its refreshing aspects and its challenges. 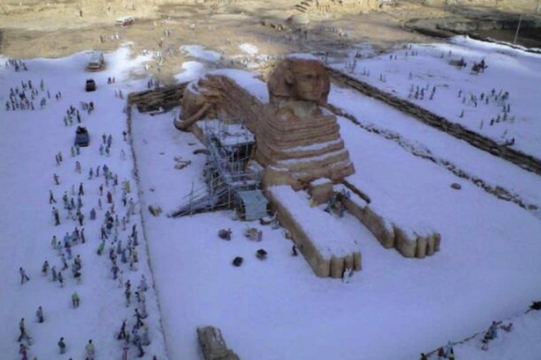 Not the Sphinx covered in snow

To be honest, the seminar didn't quite live up to its billing. One did not get a great sense of missionary zeal, with the talk on Buzzfeed in particular offering more amunition for its detractors than encouragement for its advocates. The site, if you don't know it, specialises in witty, illustrated lists (e.g. 35 Frustrating Things About Playing Video Games In The '90s) with occasional forays into harder news territory - stories which are then driven worldwide by social media. Buzzfeed has a following of many millions, it makes money, and it is hiring journalists - and many others are trying to emulate it. Hence the enthusiasm. But tales of how Buzzfeed pointed out that a viral image of the Sphinx in snow was in fact a half-sized model from a Japanese theme park don't really suggest strong journalism, but rather how revealing the truth behind a viral image is shutting the barn door after the horse has bolted.

Instead the event was notable for how many were expressing unease at the world of web news, and calling out for informed journalism - and the time to compose such journalism - to fight against the tsunami of uniformed opinion, half-truths and untruths that too often pass for information in the social media world. Andre Jaspan's The Conversation publishes news stories written by academics and issued for re-use under a CC licence. Based in Australia, and with a British outlet now opened (located at City University), the site is home for serious news analysis, but with nil marketing budget is has managed to get 1.6M unique visitor hits per month. Jaspan warned that where we have fewer journalists, "PR moves in to fill the vacuum", and sites such as The Conversation and Contributoria (a sort of Kickstarter for community funded, collaborative journalism) are defending traditional, idealistic journalism, producing a news you can trust. Trust was the key word throughout the event. Where does trust lie in the world of online information? If we can't trust it, how can it be news?

The new journalism seems to be going in two different ways. One is following the tweets and the likes, placing value on stories which will be shared. Luke Lewis was keen to stress that Buzzfeed is not only committed to stories that are shareable but stories that have value because of the truths the reveal. Hopefully this will remain so, particularly as such sites start to develop roots and offer a more rounded, less transient news offering. The other is a reaction to the overwhelming volume of information and disinformation to be found online by reinvesting effort in "value-based journalism" (Annette Novak's phrase). This form of new journalism finds its inspiration in old journalism, or a belief in what old journalism has been at its best.

So the platforms are changing, but the idea of news and the role of journalists seems to be much as it has ever been - torn between truth and the marketplace.

All of this matters to what we are doing at the British Library, where we collect news for the benefit of researchers today and in the future. We are in the process of developing a news content strategy, one which looks beyond newspapers (which we have always collected) to all of the news media published in the UK - print, web, TV, radio. To collect news, we have to know what news is. Just now news is in a melting pot, uncertain of the ways in which it will exist and how it will look in the future, but there is great excitement in the air about the possibilities. It's just that there are great fears too.