The Newsroom - it's a good name. It's a place where any kind of news gets made, be it print, broadcast or web. It's at the heart of information.  It's a point from which we can look out and see the world for what it is. A newsroom is where we plan to understand things. 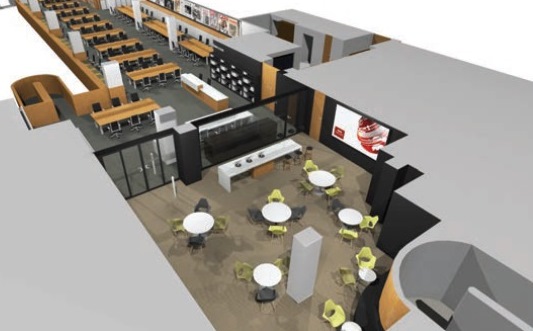 Visualisation of the Newsroom

At any rate, it's the name of the British Library's new reading room for news, which we can now announce will be opening on 7 April 2014. It was back in November 2013 that the Newspaper Library at Colindale closed, since when we have been working on preparing and then sending the newspapers to the new Newspaper Storage Building in Boston Spa, Yorkshire (the first newspaper start being shipped there in March). Meanwhile, we have been preparing the new reading room for news at St Pancras. If you know the building, then it's on the second floor, above the Business & IP Centre.

The Newsroom will be divided into two parts. Users familiar with the Colindale service will notice many changes - all for the better, we hope. There will longer opening hours, 40 state-of-the-art digital microfilm readers, and a much wider range of microfilmed titles available on open access. This will include the 15 most highly-requested national titles – including The Times, The Guardian, The Independent, the Daily Mail and The Sunday Times - whereas in Colindale we only offered The Times on open access. There will be access to extensive digitised and multimedia collections, including the Broadcast News service with its recordings from 22 television and radio news channels, and the BBC catalogue with TV and radio programmes from 2007, which will move from a pilot service to a regular service.

The second, smaller part of the Newsroom will be at the front, an informal area for networking, testing out digital resources, and viewing news content as it is produced. We want the Newsroom to be about news today as much as news yesterday, and to draw out the connections between the two. 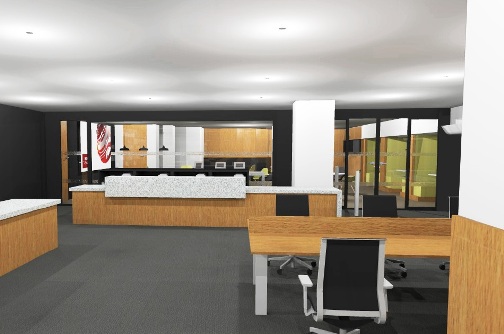 Design for part of the Newsroom, showing the issue desk with networking area beyond

These can be ordered online in advance via explore.bl.uk, where there have also been changes. There is no longer a separate Newspaper Library tab for searching, instead newspapers have been fully integrated into search (though you can still search on newspapers alone by using the Advanced Search option). There is improved information about newspapers titles and volumes that we hold, and links to digital versions where they exist on the British Newspaper Archive site.

Users can track the progress of their requests via My Reading Room Requests. Records for microfilm and print newspapers that are currently being moved are also now visible. The print newspapers themselves won't be available in April, however. It's going to take until the autumn until they are all stored at Boston Spa and the service ready to go. Then they will be delivered to St Pancras within 48 hours, but if there is an access copy - i.e. a copy on microfilm or in digital form - then that's what we will provide for you, rather than the print copy. Around a third of the collection of some 60 million newspaper issues is accessible through microfilm access copies, so most research enquiries are likely to be answered by the microfilm in any case, and they will all be onsite at St Pancras.

And there's more, because there is also work underway to improve facilities for users at Boston Spa. When completed (in the next few weeks), the reading room there will provide access to print newspaper and digital copies where available, but not the microfilms. Meanwhile, access to the Boston Spa collection is being maintained via a temporary Reading Room nearby in the same building.

There's more information on the opening and our news services on the British Library newspaper moves pages including our March 2014 Collection Moves Bulletin (PDF).

We've not been idle. We hope to continue to be useful.

Posted by Luke McKernan at 3:49 PM