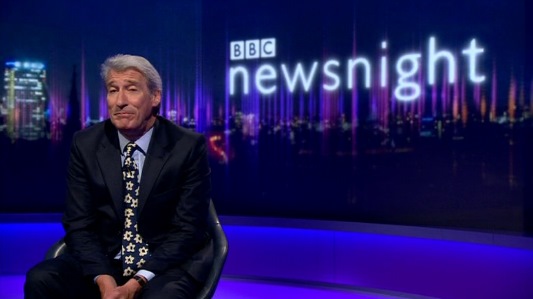 Jeremy Paxman signs off from Newsnight: Jeremy Paxman, host of BBC's Newsnight, bowed with a curious programme that had Paxman and Boris Johnson on a tandem, Michael Howard finally saying 'no', Paxman feeling tempted to say (as with Peter Finch in Network) that "I'm mad as hell, and I'm not going to take this any more" (but saying it sweetly), a goodbye to the tune of 'I'd like to teach the world to sing', and a final refusal to read out the weather properly. Time to move on, for all parties' sake.

Broadcast news: We now have 50,000 television and radio news programmes recorded and available for instant onsite access at the British Library. Here's a guide to how to find and use them.

Why the Oxford Mail is experimenting with WhatsApp: The Whatsapp smartphone messaging app is exciting much interest jin news circles, and the Oxford Mail has made an imaginative step in using the app to pass on news to subscribers. Journalism.co.uk investigates.

News sites ally with Mozilla in ongoing quest to reinvent online commenting: Much interest in the New York Times and Washington Post working with Mozilla to develop a platform that will tackle issues like unonymous trolls who plague the comment threads of news and other sites. The Guardian's report looks at the motivation (will it be open source?) and how other news sites manage the comments they receive.

The anatomy of a robot journalist: Nicholas Diakopoulos at the Tow Center for Digital Journalism explains how automated journalism works.

Time divides, ads subtract and it's hard to sum up newpapers' future: Peter Preston at The Observer looks at the World Association of Newspapers' annual survey of trends in 70 countries, and sees a mixture of good and bad news for the medium, but asks the crucial question: "Would anyone today invent something called a newspaper'?"

Reddit's newsgathering comes of age after growing pains: Mashable looks at how Reddit has turned things round for its gathering of news since its calamitous misuse during 2013's Boston Marathon bombing, which led to accusations being made against an innocent college student.

Ed Miliband apologises for endorsing The Sun: Ed Miliband posed for a picture showing him holding a free copy of The Sun newspaper with its World Cup theme (as did the Prime Minister David Cameron and Nick Clegg), then ended up apologising for his action the next day after party members complained. The Spectator reports. Holding the media is easier than handling it...

No point in fanning the flames over the great Sun giveaway: Did you get your free copy of The Sun? I'm rather disappointed that I didn't (in a conflicted sort of way), but many of those who did turned to social media to express their disgust and to show ways in which were disposing of the paper. Grey Cardigan pours cold water on such attitudes, and dismisses the suggestions in some quarters that the paper could be fined for not publishing an imprint.

Scoop: A Glimpse Into the NYTimes CMS: Content Management Systems are cool, and they are essential to innovative online journalism. Here's a really interesting - and smartly illustrated - guide to the New York Times' Scoop CMS.

The TV news where you are is not the TV news where we are...: Roy Greenslade passed on this gem of a monologue from Scottish author James Robertson, one of a series of 365-word witty thought pieces, which offers an astute lesson how one person's news is not always another person's news (but is this in the mind of the producer or the consumer?) You can read the text of 'The News Where You Are' here.

A paper boat navigating a digital sea: More from NYT, this time Margaret Sullivan, pondering (as every commentator has) on what sort of digital future the title has "when the business model — and the DNA of the newsroom — is so tied to the printed newspaper".

National newspapers, local newspapers and cases of breach of promise: An interesting and useful post on the British Newspaper Archive blog by Denise Bates, on how historical regional newspapers often have more essential detail for the historian than do the nationals.

Jeremy Hunt reaffirms his faith in local TV despite low viewing ratings: The ratings for the local TV stations such as London Live are terrible so far, but Jeremy Hunt, who came up with the idea, still holds out hope. "If New York can manage six local TV stations the idea that London cannot sustain one is bonkers, despite the desire of competitors to rubbish it."

Should the BBC unpublish any of its online content?: Now here's food for thought. David Jordan, the BBC's Director of Editorial Policy and Standards, considers the implications of the European Union Court of Justice's ruling that Google must remove some search results on individuals if they can be proven to be "inadequate, irrelevant or no longer relevant."

Today, the BBC is publishing Editorial Policy Guidance about when we remove or amend BBC online content. Essentially, this says that material on the BBC website which is not available for a limited time period will become part of a permanently accessible archive that we are reluctant to remove or change and that we will only do so in exceptional circumstances. We are also reluctant to remove or alter programmes available on BBC iPlayer during the catch-up period.

Man bites dog: What joy there must have been at the South Wales Argus when they were genuinely able to run with the most legendary of news headlines. 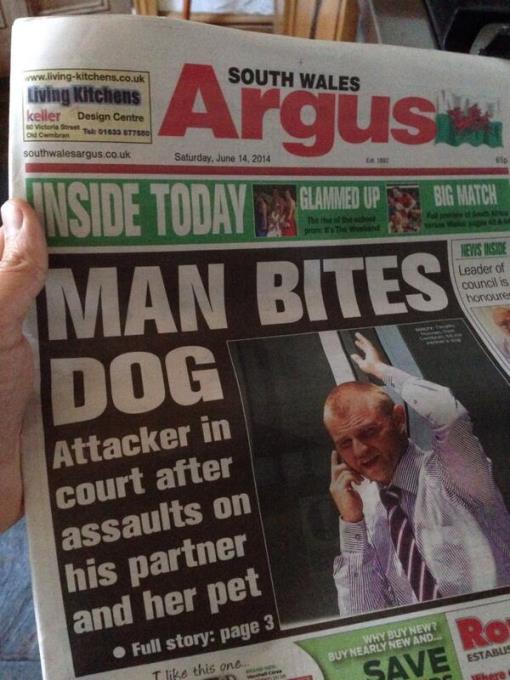 Posted by Luke McKernan at 8:19 AM