Your humble blogger is taking a rest from Newsroom duties for a couple of weeks while he heads off on vacation, so there will be no St Pancras Intelligencer next Friday, nor the next. So make the most of this week's select gathering of news about news, and look out for plenty more from the Newsroom blog on our return.

Can computers replace historians?: Rory Cellan-Jones at BBC News notes the work of the GDELT project ('a global database of society'), which has collected has collected media reports of events from sources in more than 100 languages covering a period of 35 years. It is using the data to draw out the pattern of world events with the sort of analysis that would have taken historians years to compile in the traditional manner. News looks like it is the first draft of history after all.

Open journalism also means opening up your data, so others can use and improve it: Gigaom's Mathew Ingram (never a week goes by but we don't find ourselves recommending his writings) calls for journalists to free up their data - because it's good for journalism.

How the news upstarts covered ISIS: DigiDay examines how news' new kids on the block, including Vice, BuzzFeed, Mashable, International Business Times and Vocativ have been beating newspapers at their traditional game when it comes to coverage of the rise of ISIS.

Gun Safety, Self Defense, and Road Marches – Finding an ISIS Training Camp: Talking of which, news coup of the week was undoubtedly Elliott Higgins' kickstarter-funded citizen journalism site, Bellingcat, which showed how to identify the location of an ISIS training camp using Google Earth and Bing Maps.

Can the UK’s broadcast news providers keep doing more for less?: Former ITN chief turned journalism academic Stewart Purvis looks at the struggles broadcasters have, caught between the demans of innovation and tradition:

At the opposite ends of the scale are the traditional TV news audience, predominantly over 55 years of age, and the 16-34 audience which is converting to or adopting online news use at a startling rate, especially since the arrival of smart phones and tablets ... whereas daily average TV viewing is currently three times higher among adults aged 55-plus than among adults age 16-34, the ratio is more like five or six to one when it comes to news. In the middle is the 35-54 audience which currently has a foot in both camps but whose future allegiance to TV news cannot be taken for granted.

Vice News sparks debate on engaging younger viewers: On the same theme, The Guardian looks at how traditional broadcasters such as the BBC and Channel 4 News are aiming to attract a generation at home on YouTube and social media.

Is local TV vanity over sanity?:Media Week looks at how the plans are going for the launch of local television stations across the UK, and doesn't think that things are going too well. 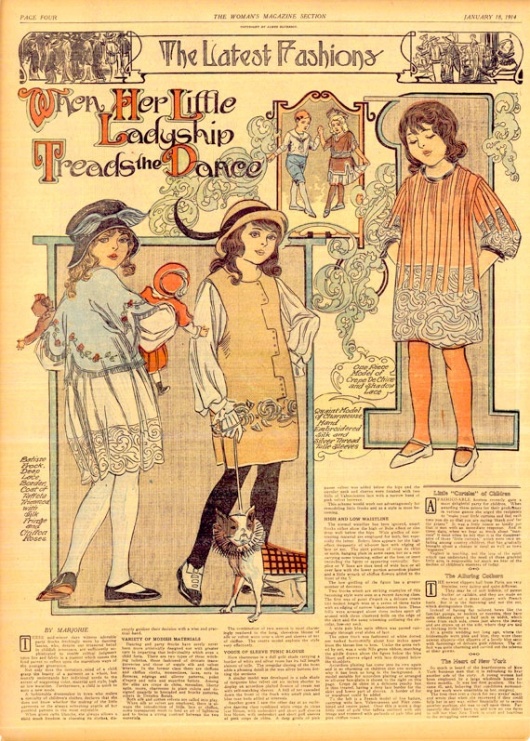 Old newspapers, new value: Printmaker J.S. Makkos writes a beautifully-illustrated piece for The Atlantic about making new products out of old New Orleans newspapers, and reminds us of old controversies about the disposal of surplus newspaper archives and the dangers of keeping only the grey images of microfilm. For more, see the New Orleans Digital Newspaper Archive.

Posted by Luke McKernan at 8:12 AM