News from the community

Over the past few years a quiet revolution has been taking place in the production of news in the UK. The people are making the news for themselves. Inspired by blogging platforms, forums, Facebook and other social media, and the rise in mobile devices, but all the more by an urge to report on local issues that matter to them, people have been producing news-based online services - occasionally in print form as well - that operate on a local level. They have been given the name hyperlocal media, and there are hundreds of them out there. Many are reading them, some academics are studying them, and here at the British Library we want to archive them. 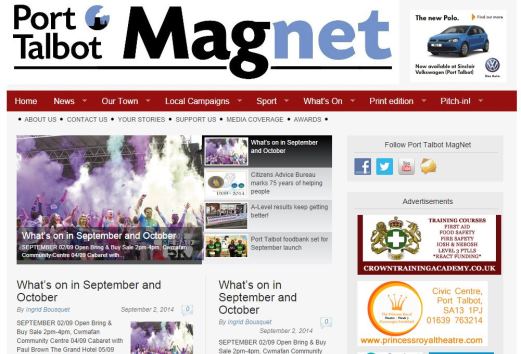 The term 'hyperlocal' comes from the USA and in general means local news and information sources online which are not produced by traditional media owners, but are instead created by communities themselves. As a phenomenon in the UK it seems to date back to 2007, though with some roots stretching back further than that. Just how many hyperlocal sites are out there in the UK no one knows. In 2012 the Openly Local site attempted to list them all and found 700 of them, but the data has not been updated for some while now, and without a system of registration it is hard to see how it would be possible ever to document them all with any certainty.

Part of the challenge lies in definition - some of the sites cover villages or corners of one town, others stretch over a whole city. Some are news sites, some information or arts and culture sites. Some are simply message forums; others look just like online newspapers from traditional media owners. Here is a selection of titles to demonstrate the range:

There has been growing interest from policy makers and academics in the hyperlocal phenomenon. in 2012 NESTA ( National Endowment for Science, Technology and the Arts) produced a report, Here and Now: UK hyperlocal media today which looked at the growth of the media, their sustainability, funding and visibility. Two AHRC-funded projects at Cardiff, Birmingham and Westminster universities have been studying hyperlocal media and combined this year to produce  a report: The State of Hyperlocal Community News in the UK.

The report finds that three-quarters of hyperlocal producers have been producing news for over three years and nearly a third for more than five years. Intriguingly, almost half of those surveyed had some sort of journalistic training or media experience, much higher than one might have suspected.

The connection with habitual news media practice is shown by three-quarters of respondents having covered local campaigns instigated by others, with well over a third have instigated their own. Most of those behind such sites work part-time on them: 57% work up to 10 hours per week, 26% work between 11 and 30 hours per week. The impact generated by all this effort is relatively low, as one would expect for local sites: a small group of high-performing community news sites reach audiences between 10,000 and 100,000 unique visits per month but most reach quite modest audiences of around 5,000 per month.

Community news producers tend do it for love and dedication to the cause. Most fund the running costs from their own pockets, but around one in four raise enough money to cover their costs, with advertising being the dominant form of income generation. 12% make less than ÂŁ100 a month; 13% generate more than ÂŁ500 per month. Yet nine out of ten believe they can sustain, or increase, current levels of output for the coming year, and eight out of then have ambitions to expand their sites. Hyperlocals may eventually fall in number as some lose the drive to continue what they have started up, but a core looks like to become a fixed part of the news media landscape. 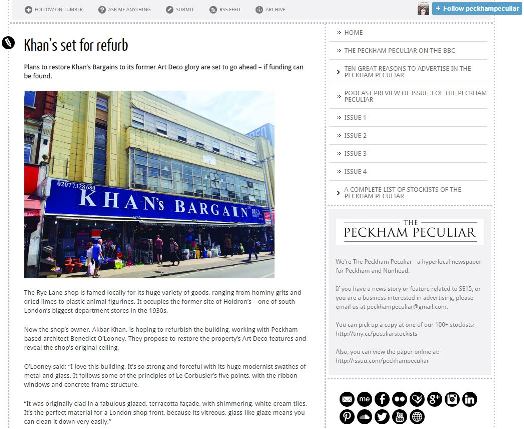 Hyperlocalism is turning anyone who wants to be into a journalist or a media producer. Fancy having a go for yourself? Cardiff University's Centre for Community Journalism has produced a handy guide: Community Engagement and Hyperlocal News: a practical guide. This provides instruction on how to identify, listen to and engage with the community you wish to serve, how to make best use of social media, what online tools can help you, how to produce engaging content, how to cover local causes and campaigns, how to manage your time most effectively (a key issue mentioned by practitioners is how they never seem to have enough time achieve what they want to achieve) and how to monitor your impact.

We are witnessing a grassroots news revolution, and it is instructive to look at the parallels with the early history of newspaper production in this country. Newspapers and newsbooks arose in Britain from the early seventeenth century. Building on what had previously been private news services or occasional leaflets and broadsides, newspapers grew rapidly to serve an audience thirst for current information and the exercise of opinion. The civil war encouraged this demand to know, and though news production was constrained for a time by censorship and licensing restrictions, and then taxation, titles spread across the country until by the mid-eighteenth century few corners of the country were without a newspaper of some kind. Newspapers became a signifier of local identity. Their variousness demonstrated that news changes according to the needs of its consumers. What is news to someone in one area is not news to another. News is made by its communities. This is what the hyperlocal revolution has rediscovered.

Another parallel with early newspapers needs to halted. Thousands of newspaper issues produced in Britain from the 17th to the mid-19th century have been lost because there was no system in place for collecting them and no library to hold them. It is only thanks to collectors such as George Thomason and Charles Burney that we have the early British newspaper collection that we do, now part of the British Library's collection (since 1869 a copy of every newspaper published in Britain and Ireland has been acquired under legal deposit, originally by the British Museum and now by the British Library).

We do not intend to lose this new flowering of news production in the same way. In April 2013 non-print legal deposit legislation was passed which has enabled the Library to capture electronic publications on top of the print publications traditionally collected under legal deposit. We began by crawling the entire .uk domain (some 3.5 million websites); subsequent crawls will cover all websites published in the United Kingdom, so far as we are able to identify them. Eventually all British hyperlocal sites will be included, but how to find them thereafter, and what about those who currently may be slipping through the net?

So it is that we have a tool which enables curators to identify particular sites for retention, and to tag these so that they can be gathered into collections. In September we identified an initial 500 news websites - mostly newspaper sites - which we would archive on a regular and frequent basis, some weekly, some daily (the main web archiving crawl is annual). We will now be adding a further 500 or so sites for regular web archiving, most of them hyperlocal news sites, largely based on a list kindly provided by Dave Harte of Birmingham City University, one of the collaborators behind the Cardiff/Birmingham 'Media, Community and the Creative Citizen' project.

Some of these sites will be short-lived. Some will change their name, or web address. Who knows, some may merge or otherwise morph, as the community news sector matures. The important thing is that we capture what we can now. We need also to do more to acquire the print versions of hyperlocals, where these exist, only a few of which are currently being picked up through legal deposit. Then we need to keep a watchful eye on what new sites emerge, and which ones die, and review our selection on an annual basis at least. It's important to note that the Legal Deposit UK Web Archive may only be accessed onsite via Reading Room computers at the British Library and other legal deposit libraries (i.e. the national libraries of Scotland and Wales, the Bodleian, Cambridge University library and Trinity College Dublin). Interested researchers can come to the British Library's Newsroom, and any search result on the Web Archive can be filtered by the term 'news'. We haven't started archiving the hyperlocals yet, but plan to start doing so within the next few weeks.

Last week the Royal College of Art hosted the Creative Citizens conference, on creative citizenship and its value to the community. There was a panel on hyperlocal news media, at which I was fortunate to speak, demonstrating the links between news media of the past and this emerging news medium, and calling for the sites to be identified, archived, and then used. We need researchers to start using this new research resource, as part of the broadening news media world of which newspapers, television and radio news now form only a part. Most of these sites are still findable online, of course, but that's unlikely always to be the case, and being able to search across them all (or at least a good many of them) will tell us a lot about what this new world of community news is telling us about our communities. It will also show how news power is changing. Anyone can be a journalist. Anyone can be a media producer. So could you.