The third in our series of lectures named after the 19th century journalist WT Stead is to be given by Professor Aled Gruffydd Jones, newspaper historian and head of the National Library of Wales, on 21 November 2014 at the British Library. Entitled 'Newspaper reading rooms and civic engagement: a subversive history,' it will look the history of the newspaper reading room and their relation to civil society. 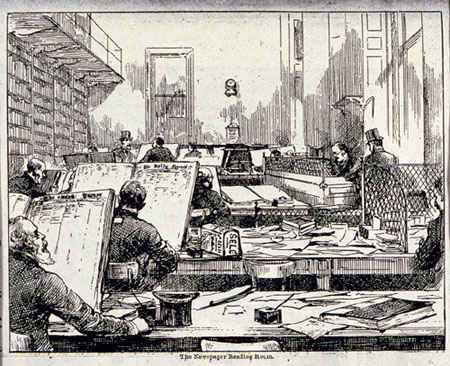 The Old Newspaper Reading Room in the British Museum, Bloomsbury. Sell's Dictionary of the World's Press 1893. Copyright ©1999, The British Library Board

Newspaper readings rooms in the UK since the eighteenth-century have come in all shapes and sizes, from local literary societies and miners' institutes to august national institutions like the British Museum. Often they allowed access to both a range of relatively immediate information about the contemporary world and to the past. In both senses, they could serve as spaces not only for the quiet consumption of information but also for the development of creativity, the deepening of civic engagement and the enhancement of public education in the broadest sense. The Newsroom at the British Library, St Pancras

Professor Jones's talk will look at the history of newspaper reading rooms, the role the collective reading of the Press has played in the building of civil society, and the creative challenges posed to the cultural and civic world they represented by the digital technologies and platforms that are a growing part of their current manifestation. The British Library's own Newsroom, opened earlier this year, is only the latest expression of a long and important tradition, fitted out for a digital age and hopefully playing its own part in contributing to the growth and maintenance of civil society. 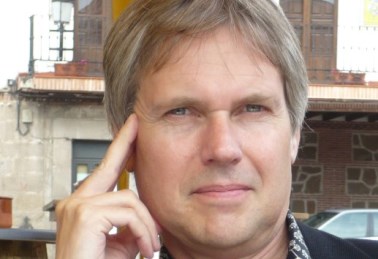 Professor Aled Gruffydd Jones is Chief Executive of the National Library of Wales and a notable cultural historian, who has published on has published widely on newspaper and journalism history, the history of modern Wales, labour history, tand on the relationship between Wales, the British Empire and the Indian sub-continent. His publicati0ns include Powers of the Press: Newspapers, Power and the Public in Nineteenth-century England and Press, Politics and Society: History of Journalism in Wales. His is a broadcaster and columnist, and was the joint organiser of the first Welsh International Film Festival and co-founder of the film and video arts collective, Creu Cof. He has also acted as an advisor to the British Library on its newspaper digitisation plans.

This will be the third in our series of W.T. Stead lectures, named after the 19th century journalist William Thomas Stead, which have looked at news past, present and future. The previous lectures were given by James Harding, head of BBC News, and Emily Bell, director of the Tow Center for Digital Journalism at the University of Columbia.

The lecture will be from 18:00 on 21 November 2014 at the British Library at St Pancras, in the staff restaurant area on the first floor. Details of how to book for the event are on our What's On pages.