Times are hard in the news industry, as all will know, and this applies to the news curator's blog as well. It just hasn't proved possible to keep up the weekly production of our St Pancras Intelligencer round-up of the week's news about news which ran for most of 2014. But we're unwilling to see a good title die, so the Intelligencer is making its tentative return as a monthly (or thereabouts). Here's hoping the strategy is a successful one - and let's kick things off again with the news about news in January. 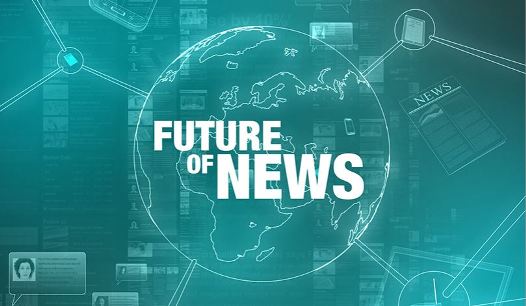 The Future of News -  There have been many reports on the future of news, and the latest comes from BBC head of news James Harding. He argues that

He says the BBC must increase both its local and global coverage and improve its digital services, and it's the increase in local coverage that has excited the most comment from the local newspaper world, which feels threatened by the BBC's reach at a time of shrinking newspaper titles and shrinking revenues.

Future of News: News v Noise - The key points from Harding's report have been published as an "immersive journey" on the BBC news website.

Emily Bell's 2015 Hugh Cudlipp lecture - Also on the future of news and journalism was this lecture by Emily Bell, the director of Columbia University’s Tow Centre for digital journalism, in which calls for social networks and journalists to work together.

We are seeing unimaginably large new entities, which get their size from publishing not just a selected number of stories but everything in the world. Social networks and search engines are the masters of this universe. As we see the disappearance of print as a significant medium, and the likely decline of broadcast television, the paths our stories and journalism must travel down to reach readers and viewers are being shaped by technologies beyond our control.

The answer, she argues, is for more journalists who a more technically proficient, and for social networks and search engines to hire more technologists who are understand the news.

Because at the moment we have a situation which is not working for either of us. Those of us engaged with what journalism is and will be, who have a direct and vested interest in the protection of free speech and standards for information have a lot to do, and we need to work together, because we are now part of one continuous global information loop.

Newspaper front pages around the world pay tribute to Charlie - The overpowering story of the month has been the murder by two Islamist gunmen of cartoonists and journalists working for French satirical magazine Charlie Hebdo. The aftermath included the 'survivors' issue' with its front cover cartoon of the Prophet Muhammad, which had a seven million print run (instead of the usual 60,000). Of the many debates triggered by the calamitious events, some of the most interesting have been on the role of cartoonists. George Brock at The Conversation wrote 'In Praise of the Cartoonist - solitary, studios and searing.' Peter Preston wrote sadly at The Guardian that 'Alas for cartoonists, pen and ink don’t wash on the web' while Ricardo Bilton at Digiday argued quite the opposite, reporting that 'Digital publishers turn to cartoons to cover the news'.

'Muslim-controlled' UK city claim mocked by #FoxNewsFacts hashtag - Much joy was brought by the Twitter hashtag #FoxNewsFacts following Fox News terrorism expert Steve Emerson's bold statement that there were no-go zones in Europe where "non-Muslims just simply don’t go", among them Birmingham. Tweets along the lines of "Mecca Bingo, probable proof of the Islamic domination of Birmingham" and "Spaghetti Junction was specifically designed to make sure all roads lead to Mecca" brought some gaiety to dark times. The Poke gathered a selection of the best of them.

Watch out for @Bellingcat - An interview on Columbia Journalism Review with British blogger Eliot Higgins (previously known as Brown Moses), whose citizen investigative journalism website Bellingcat feature closely-analysed evidence from social media, YouTube and data sources of stories such as the MH17 crash.

Introducing Discover - Snapchat, the service that let's you send messages that get deleted after they've been read, has launched Discover, an app promises "a new way to explore Stories from different editorial teams". According to Nieman Lab, Snapchat’s new Discover feature could be a significant moment in the evolution of mobile news.

Into the void - The British Library officially opened the National Newspaper Building, its new home for the UK's newspaper archives at Boston Spa in Yorkshire. Our blog post takes a look inside the building's storage void and traces the journey from Colindale to Boston Spa for the 60 million volumes held in the nation's newspaper archive.

9.5 million newspaper pages now fully searchable on @BNArchive - Talking of which, the British Newspaper Archive is close to the ten million milestone of digitising historic newspaper pages from the British Library. Just another 440 million to go...

After 44 years The Sun stops publishing topless model pics on page three - Well, so said Press Gazette and many others, including The Sun's sister paper The Times, which broke the news, and there was much debate as to whether changing taste, pressure from lobbyists, or financial arguments had forced the change. Three days later, Page 3 returned.

Google is now a more trusted source of news than the websites it aggregates - Quartz reports that online search engines have overtaken traditional media as the most trusted source for general news and information.

Posted by Luke McKernan at 5:29 PM