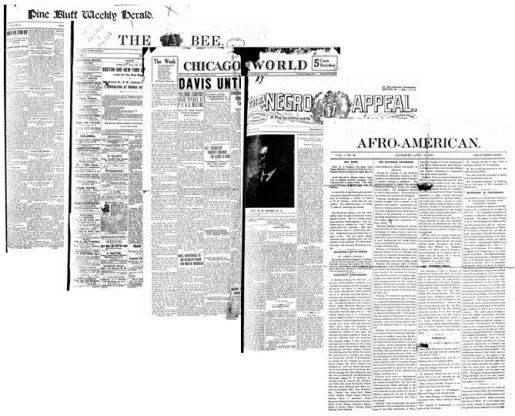 Users of the British Library's newspaper collections have three main choices: if they have a Reader's Pass, they can come to the Newsroom at our St Pancras site, or use the reading room at our Yorkshire site in Boston Spa; or they can subscribe to the British Newspaper Archive, the service that provides access to our digitised British and Irish newspapers - 400 titles, and now over 10 million pages. We also have historic newspapers available via Gale Digital Collections. All electronic newpspaers resources to which we contribute or to which we subscribe are freely available to anyone with a Reader's Pass who comes to either our St Pancras or Boston Spa sites.

It is possible, however, to access some newspaper collections remotely i.e. wherever you might be sitting, and without payment. A small number of newspaper collections that we have licensed from third parties (so not newspapers from our physical collections that have been digitised) are available via the British Library's Remote Eresources service. This isn't so well known about, and is more than worth highlighting. It's a service available to anyone with a Reader's Pass, and all you need to do is enter your username and password, agree to the conditions of use, and you're in. 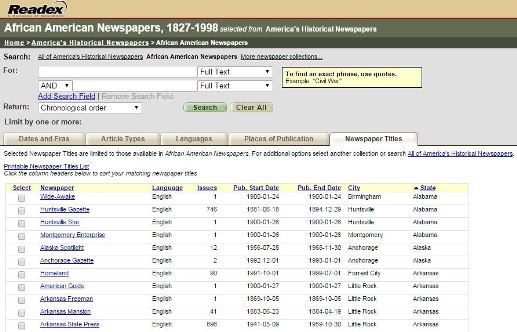 The newspapers all come via Readex, who provide a wide range of online research resources to academic libraries. Their newspaper and news-related offerings that we can provide access to remotely are:

We have other news-related resources available via Remote Eresources:

For more on our Remote Eresources, and what you can and cannot do with them, see our FAQs page.

Posted by Luke McKernan at 3:31 PM