Five years ago to this day, at 21:55, we threw on the switches for the first official television and radio news recordings for our Broadcast news service. It was, of course, the day of the General Election, and we decided to kick off our service the moment the polls closed - or five minutes beforehand, to be precise, as that it when the all-night news programmes began. 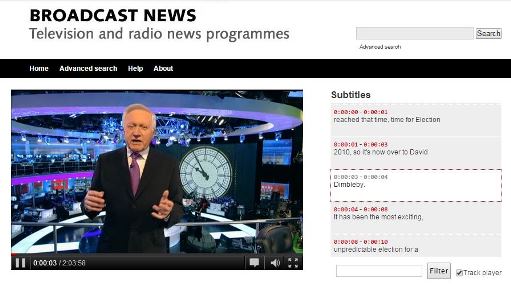 Things were simpler then. We had only just acquired the system for recording TV and radio programmes off-air, and there were a few teething troubles. So we started cautiously, and recorded just four programmes on that first day - the BBC 1, BBc Radio 4 and ITV election broadcasts, and Channel 4's Alternative Election. the following day we boldly upped the ante to record 15 programmes, adding broadcasts from the channels BBC News, World Service, Al Jazeera English and CNN. 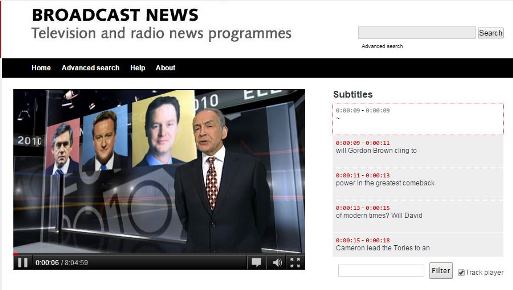 Five years on, and things have grown. For 6 May 2015 we will be recording some fifty programmes from twenty-two channels: BBc1, BBC2, ITV, Channel 4, BBC 4, BBC News, BBC Parliament, Al Jazeera English, RT, CNN, Bloomberg, CCTV, Sky News, France 24, talkSport, BBc Radio 5 Live, BBC World Service, LBC, BBcCRadio 1, BBC London, BBC 1 Scotland and STV. We won't know until a day or two later how many programmes we've recorded, because we catch up on some unscheduled programmes after broadcast (such as the many General Election interviews and campaign events currently popping up on BBC Parliament), but it will amount to some 50 hours of TV and radio recorded for that day. 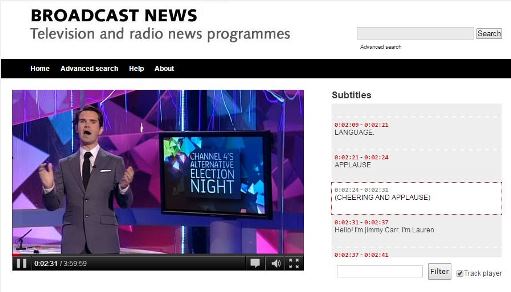 All of the programmes are available on any Library terminal at our St Pancras and Boston Spa sites. For reasons of copyright we cannot make the programmes available online. You can find records of what we have on Broadcast News on the Explore catalogue, but for the most up-to-date records and the fullest service - including word-searchability of programme subtitles - it is best to go to the Broadcast News site, which you can find under the Sound and Moving Image services page on any Library terminal, or just look for http://videoserver.bl.uk (please note, this link only works if you are located at one of our sites and working from a British Library terminal).

And here's to the next five years of news.

Posted by Luke McKernan at 8:17 AM

It's great to be able to announce a major step forward in offering equal access to our news collections across both our sites, at St Pancras in London and Boston Spa in Yorkshire. As of today, all British Library newspaper titles held on microfilm will be available to order into the Boston Spa Reading Room. 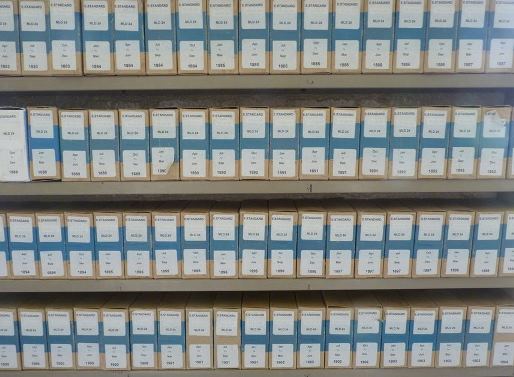 When our new Reading Room at Boston Spa opened in September 2014 it offered reader access to all of our print newspaper collection (the vast majority of which is stored at Boston Spa) and all our many digital news services. But the microfilm access copies were stored at St Pancras and there was no mechanism for being able to transport them up to Yorkshire. As approximately one third of our newsppaer collection is held on microfilm, and as we have a firm rule that no access can now be provided to a print newspaper where a microfilm surrogate exists, this meant that we were offering a significantly reduced service for Boston Spa readers.

No more! We can now offer microfilm access at Boston Spa within 48 hours, which is the same period of time as we guarantee access to print newspapers. The only difference now between the two sites is that microfilm access at St Pancras is guaranteed within 70 minutes, and the 15 open access national titles such as The Times and The News of the World  that we provide at St Pancras (i.e. immediately available titles) can't be offered to Boston Spa users (though it's something we're looking into, and for a number of them we provide twin-site access to their digital archives in any case). We have installed two of the digital microfilm viewers at Boston Spa, devices with which regular users of the Newsroom at St Pancras will be familiar. 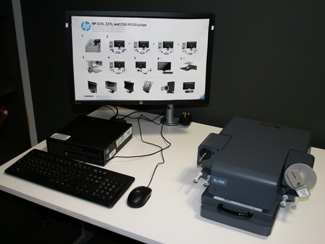 As said, a third of our collection is available on microfilm, and over 60% of the Reader requests we receive at St Pancras are satisfied via microfilm. Providing access via microfilm greatly helps preserve the precious newspaper originals. Digital access to the collection is growing all the time, of course, with nearly 11 million pages now available via the British Newspaper Archive (access to which is free at either of our sites). But we have over 400 million pages in our newspaper collection, so we have some way to go to match the approximately 130 million newspaper pages we can offer on microfilm.

We want very much to provide comparable access to our news collections at both St Pancras and Boston Spa, even though the Newsroom in London is our dedicated centre for the study of news across all the different media (print, TV, radio, Web). Having the microfilmed newspapers (with the new viewers) now on both sites, with almost equal access for both, is a great step forward.