Dennis Griffiths, journalist and newspaper historian, died on 24 December 2015, aged 82. He worked for over forty years in the regional and national UK press, serving as production director at the London Evening Standard, and research and development director with Express newspapers. However, he is best known for the histories of British newspapers that he produced upon his retirement, and for his dedicated efforts towards promoting appreciation of newspaper history, which included working closely on several occasions with the British Library. 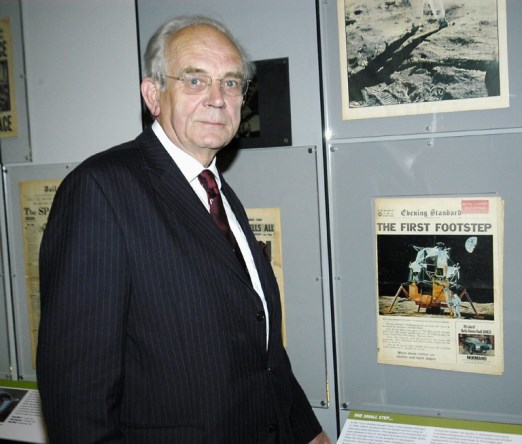 If you go behind the scenes at the British Library and see the desks of the Newsroom reference staff, you will see that each one features a copy of Dennis Griffiths' The Encyclopedia of the British Press 1422-1992 (1992). This essential reference guide is used constantly by archivists, librarians and academics, with its wide-ranging biographies of journalists, editors and owners, its authoritative entries on individual newspapers, and its essays on aspects of newspaper history and the work of newspaper-related organisations.

His best-known work, however, is Plant Here the Standard (1996), a definitive and much-praised history of the Evening Standard. His other works included Fleet Street: Five Hundred Years of the Press (2006), an exhaustive history of the newspaper press in London, published by the British Library, and most recently Blum & Taff: A Tale of Two Editors (2013), his story of the newspaper editors R.D. Blumenfeld and H.A. Gwynne, produced by his own Coranto Press.

His Fleet Street book was produced to accompany the British Library's 2006 exhibition on newspaper history, The Front Page, marking the centenary of the Newspaper Publishers Association. He served as a lead curator for the exhibition and made use our offices at the former British Library Newspapers building in Colindale. He was a member of the Library's Consultative Group on Newspapers in the 1990s, and made a generous donation of several items from his private reference collection of works on the history of journalism and the press for the then Newspaper Library Reading Room reference collection, a number of which remain on open access in the Newsroom at the British Library's St Pancras building. He also carried out a feasibility study into the Heritage Lottery Fund  bid for what would become the Newsplan 2000 project to microfilm endangered newspapers in libraries across the UK. 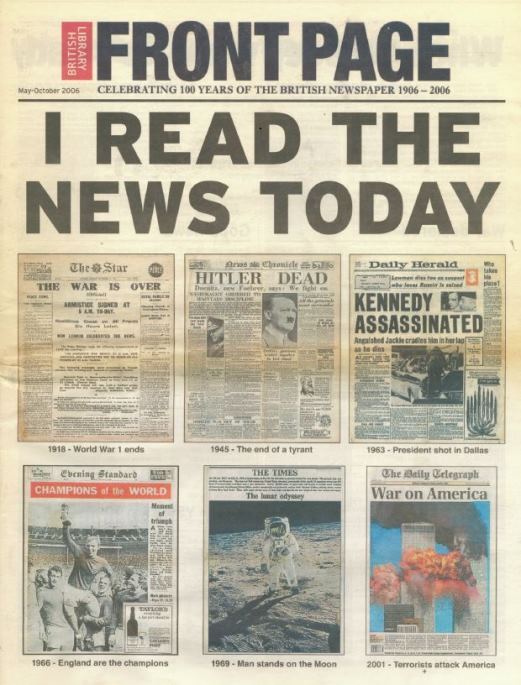 Between 1999 to 2002 Griffiths served as Chairman of the London Press Club, which operates as a society for journalists and through which he did much to promote newspaper history, including helping to organise the unveiling by the Prince of Wales of a plaque to commemorate the 300th anniversary of the first British regular daily newspaper (The Daily Courant).

Newspapers history has been served greatly by Dennis Griffiths' dedicated and scrupulous research and commitment to public understanding. We here in the British Library's news collection lament his passing and are grateful for all the help that he provided for so many years.

Tributes have been paid to Dennis Griffiths by the Evening Standard, Roy Greenslade at The Guardian, The Independent, the Telegraph, the Society of Editors, and the London Press Club. The greatest tribute will come from students for many years hence who will be able to rely on his research and his reference works.