"The lowest, most filthy, most unhealthy and most wicked locality"

Dean Kirby is a journalist who has been covering the news in and around Manchester, his home city, for nearly 20 years. His debut book, Angel Meadow: Victorian Britain's Most Savage Slum, published by Pen & Sword, is the first history of Angel Meadow, the 19th century Manchester slum so vile and dangerous that it was described by Friedrich Engels as "hell upon earth". To find out more about the book, visit www.angelmeadowbook.com. Here, Dean tells how he used British Library newspapers at the British Newspaper Archive to uncover the horrors of Angel Meadow. 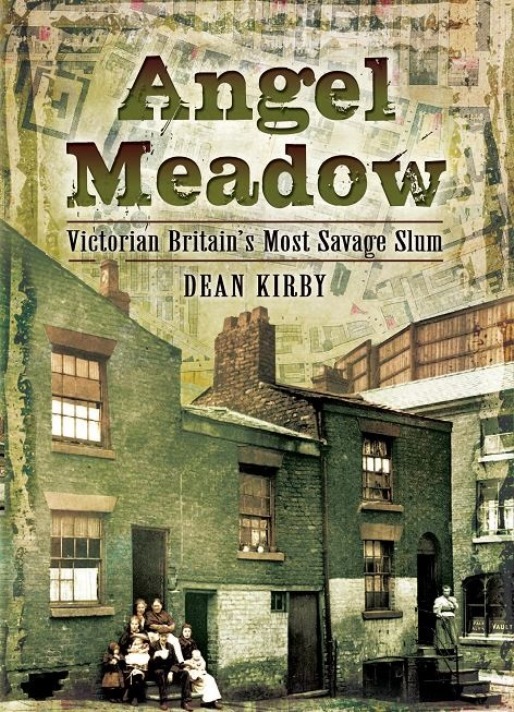 When Manchester was the powerhouse of the Industrial Revolution, Angel Meadow was the city’s vilest and most dangerous slum.

A wild and brutal borderland at the northern edge of Cottonopolis, it was home to 30,000 workers who struggled for survival in conditions so appalling that it was described by Friedrich Engels as “hell upon earth” in 1845.

I became fascinated by the story of Angel Meadow when I discovered that my Victorian forefather, an Irish immigrant named William Kirby, had washed up there after surviving the potato famine.

In 2012, archaeologists investigating Victorian Manchester’s horrors made a startling discovery while digging up a car park in Angel Meadow – my  ancestor’s home.

They gave me permission to clamber down a shaky ladder to touch the still-sooty bricks of William’s fireplace and the paper-thin walls that separated his 10ft-square, one-up-one-down from the house next door.

As I searched for clues about my ancestor’s life in Manchester’s archives and began formulating the idea of writing a book, I started to drift off to the slum in my imagination.

I descended into damp cellars, stumbled through backyard pigsties and came face-to-face with scarred and tattooed street fighters or “scuttlers” in the slum’s smoke-filled beer houses.

I crept into dingy lodging houses where new arrivals were forced to sleep naked with strangers because it was the only way to keep their clothes free from lice.

The more I read, the most astonished I became by my ancestor’s survival in this hellish place – leading to my own existence more than a century later in the city that his blood sweat and tears had helped to create. 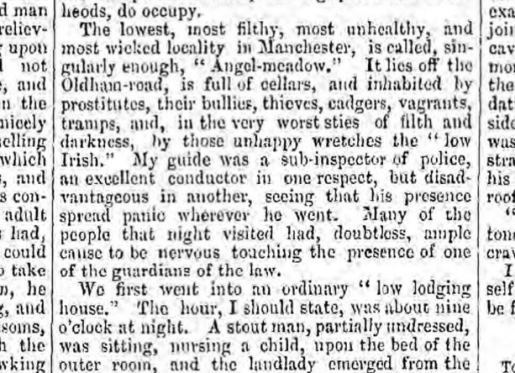 My journey of discovery was led by an army of Victorian journalists who walked those streets for real, and whose words have survived among the millions of pages in the British Newspaper Archive.

They included men such as the Fleet Street journalist Angus Bethune Reach, who told readers of the Morning Chronicle in 1849 of his descent into one of Angel Meadow’s many inhabited cellars, where he found an old man asleep in a shallow cave no bigger than a coffin scooped out of the wall.

“The lowest, most filthy, most unhealthy and most wicked locality in Manchester is called, singularly enough, Angel Meadow,” he wrote. “It is full of cellars and inhabited by prostitutes, their bullies, thieves, cadgers, vagrants, tramps and, in the very worst sties of filth and darkness, by those unhappy wretches, the low Irish.”

Another journalist from the Manchester Evening News, my former newspaper, found himself on the run from the police in 1874 after entering a beerhouse disguised as a rogue with a criminal named Mack acting as his guide.

The terrified reporter fled into a lodging house operated by a notorious thief-trainer named Cabbage Ann and found her superintending a wake for an eminent pick-pocket or “gun”.

“The place looked squalid and miserable,” the journalist later wrote, “and the people in it were of poor, miserable appearance, as if they found it hard to live at all.”

Searching the newspaper archive like an investigator hunting for further clues, I slowly managed to piece together the real identity of Cabbage Ann, and other slum dwellers with exotic names such as Jemmy the Crawler, the Badger and Long Dick.

Beautifully-written nineteenth century court reports allowed me to follow every twist and turn of their lengthy criminal careers, while useful snippets such as weather forecasts helped me to say whether it was raining in Manchester when they committed their crimes. 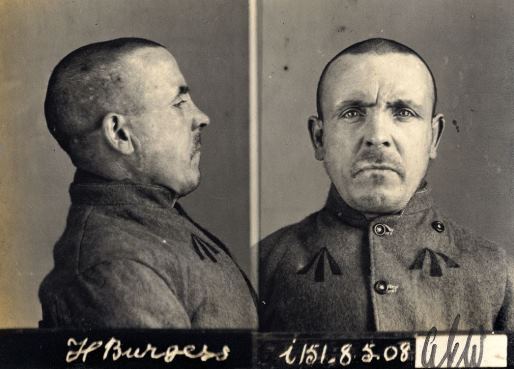 I also used census documents and prison archives held by findmypast.co.uk to create pen pictures of the most notorious criminals – right down to their eye colour and tattoos.

One man in particular jumped out from the pages. He was called Henry Burgess (Harry to his relatives) and he was a scuttler who, at just 5ft-tall and with steel-coloured eyes, was the most feared man in Angel Meadow.

Burgess, a neighbour of my ancestor William Kirby, had more than 40 convictions to his name including shop-breaking, rioting and assaults on police. No-one was safe including his partner, Mary Ellen Burns, who lost an eye when he attacked her with an iron poker.

Thanks to the stories in the archive, I eventually managed to track down a prison mugshot of Burgess in which he stares with cold, hard eyes and shaven head towards the camera. 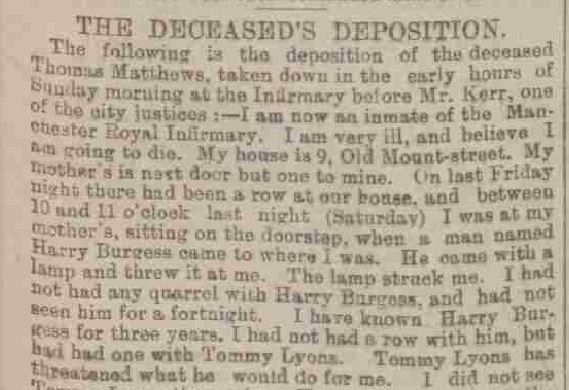 In all of the hundreds of pages of newsprint that I read during my research, one story involving Burgess perfectly symbolised the horrors of Angel Meadow.

On Saturday, May 6, 1893, as Britain was sweltering under a drought, Burgess got into a row with a rival named Thomas Matthews in the streets of the slum.

He took a paraffin lantern from his sister’s parlour, marched down the street and, planting his feet on the cobbles, threw it at Matthews and turned him into a human fireball.

Matthews, a father to a young daughter, died from horrific burns at Manchester Royal Infirmary in the early hours after giving a statement to the police identifying Burgess as his killer.

Matthews' final words were immortalised in black newspaper ink in one of the many columns, just a few inches long, that had been carefully preserved in the British Newspaper Archive.

I was perhaps the first person to read those words, spoken by Matthews with badly burned lips and tongue, in more than 120 years.

Posted by Luke McKernan at 5:07 PM