It has been a while since we produced an edition of the St Pancras Intelligencer, our round-up of news about news. Producing a regular series proved to be rather too much of a challenge, but not wanting to see a good title go down, we are recasting the Intelligencer as an occasional series. Much like the first newspapers in the 17th century, we will publish a new edition when we have gathered enough stories to fill the space available. So here is some of what has been happening recently in the world of news about news. 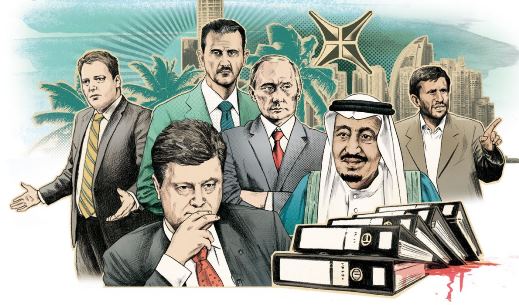 The Panama Papers. The leak of millions of papers from Panamanian law firm Mossack Fonseca has sent shockwaves across the world. The story behind the leak is as fascinating as the outcome. Wired gives the background story. The now famous International Consortium of Investigative Journalists collates the information on a smartly designed special website. And the newspaper that first received the documents, Süddeutsche Zeitung, has its own stylish website dedicated to the story, in German and English, which dramatises the material with fine use of illustrations and charts.

The art of being in the wrong place at the right time: behind the scenes of social media newsgathering. A powerful piece by David Crunelle, eyewitness to the Brussels airport bombings who was then bombarded with requests from the news media.

Editor hits out at "supine journalism" in regional press. Mike Gibson, editor of the Brighton Argus, criticises the "poor state" of much of the English regional press, as reported by Hold the Front Page.

Can newspapers do anything to stop the advertising exodus? Roy Greenslade worries about the future viability of newspapers, assailed by falling advertising revenues on one hand and the use of ad-blocking software on the other.

The life and times of a newspaper baron. Interesting piece by Peter Day on BBC News on Lord Thomson of Fleet, owner of The Times before Rupert Murdoch. 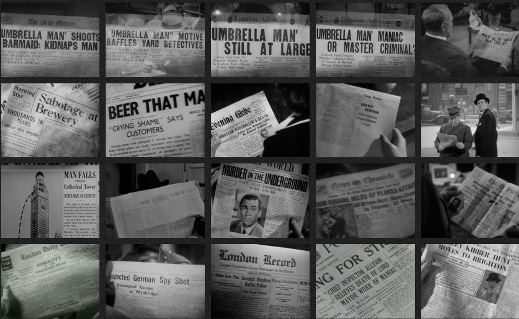 The Cine-Tourist is a film history site with a psychogeographical bent, managed by Roland-François Lack of University College London. His speciality is gathering thematic screengrabs from historic films, and he has produced a terrific gallery of scenes from films in which real and imaginary newspapers appear. See which films you recognise.

Investigative brand journalism. Nieman Lab looks at the Guardian's true crime reporting series, How to Solve a Murder, with its sponsorship from Amazon.

Newspapers gobble each other up to survive digital apocalypse. Great title for a Bloomberg piece on American newspaper business strategies.

"The lowest, most filthy, most unhealthy and most wicked locality". Journalist-turned-historian Dean Kirby (guest writing for the Newsroom blog) looks at the worst parts of 19th century Manchester and what newspaper archives reveal about them.

Independent launches paid-for digital edition. As we said goodbye to the print editions of The Independent and the Independent on Sunday, a new paid-for digital daily edition appeared, looking much like the print version (doubtless to reassure traditional subscribers). On the same subject, the Indy gave us a gallery of the best of its front covers (note how raggedy the pre-digital-era copies now look), and wrote boldly about the opportunities offered by new technologies. At Medital, Torin Douglas looked back to 1986 and the founding of the The Independent. And at this blog, we attended a debate on print newspapers post-Independent and what the digital future might be, and concluded that nobody knows anything.

Scale of Hearst plot to discredit Orson Welles and Citizen Kane revealed. Dalya Alberge at The Guardian on a new book by Harlan Lebo that shows how hard William Randolph Hearst tried to attack Citizen Kane, the greatest of all newspaper movies.

The New Day is selling just 40,000 copies a day but Trinity Mirror stands by its launch despite the slow start. And finally, we have a new national newspaper in The New Day (boldly refusing to have a website), but as The Drum reports, the take-up figures aren't encouraging so far for a newspaper aimed at those who don't read newspapers.

Posted by Luke McKernan at 4:51 PM