Denise Bates is a writer on social history whose latest book, Historical Research using British Newspapers, is a guide to using newspaper archives in research, particularly the British Newspaper Archive. In this guest blog post, she describes what led her to write about using digitised newspapers. 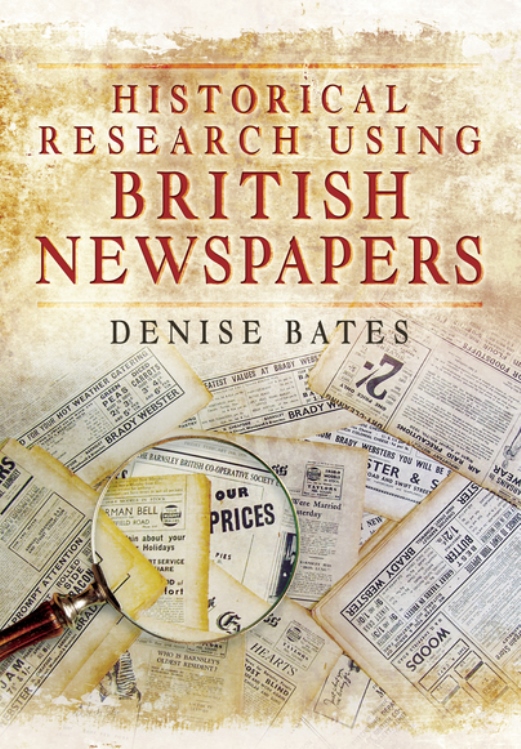 The inspiration for Historical Research Using British Newspapers was a very modern concept; the blog. I used old newspapers extensively whilst researching my first two books, Pit Lasses and Breach of Promise to Marry. The positive reaction to my blog for the British Newspaper Archive about the differences between national and local newspapers surprised me as I had not expected this to be new learning. After more investigation I realised that twenty-first century historians have an exciting new resource, digitised, on-line newspapers, but little information about using them effectively. The seeds of my next project were planted.

When I first started using old newspapers, like many researchers I was learning on the job and made mistakes along the way. These included not knowing which titles were the best ones to consult first and thus wasting time trying to understand a topic that was well-covered in a different publication. I also made unrealistic assumptions about how much time was needed to locate and study reports. I decided on a book which brought together the many issues that are relevant to users of old newspapers, including the history of the press, how to find good quality information, how to use it productively and the pitfalls to avoid.

Digitised newspapers have a growing fan-base. Their preserved pages contain a rich vein of forgotten material, allowing researchers to broaden their enquiries from the standard sources on many topics and to cite new examples, rather than recycling the same few. Newspapers sometimes offer an unorthodox view of the past, with content which challenges the version that has been handed down in exam syllabuses and popular histories alike. For topics that have not been studied or written about, newspapers are an accessible way of rediscovering aspects of the past that have been forgotten. 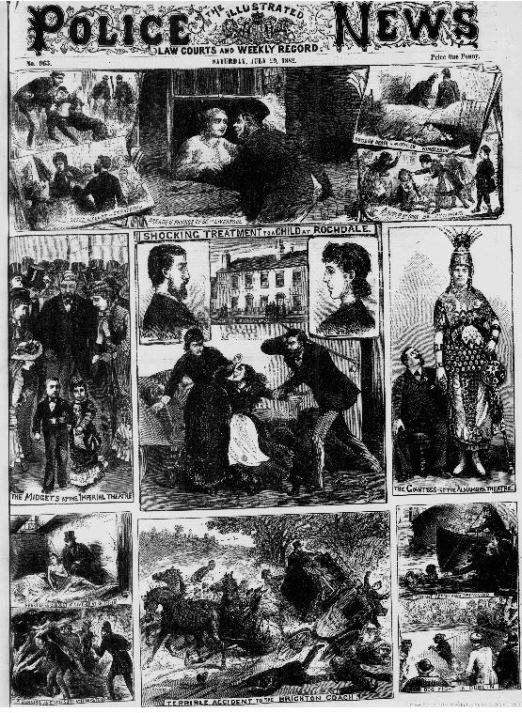 Illustrated Police News 29 July 1882. An artist's impression of a breach of promise case and a case of child cruelty.

Unanticipated discoveries have changed my understanding of the nineteenth century. When I used court reports to delve into the archaic world of the jilted women and men who sued a former fiancé for compensation, I found that no-win-no fee lawyers, who I had previously believed to be a product of the late twentieth century, ran flourishing practices as early as the 1820s. When I looked at several cases involving child cruelty or neglect in the 1890s, I entered a world of high-minded social workers who could not comprehend how the people they were trying to help had to live. Amongst some very serious and indisputable instances of ill-treatment, were several shocking but unwarranted accusations of laziness, selfishness and drunkenness made against caring parents whose wages were too low to feed and clothe their children properly, even though they had been instructed about cleanliness and nutrition. Suddenly I knew the roots of the fear that haunted working-class families as I grew up in the 1960s, that if you didn't do as 'they' said, 'they' might take your children away. 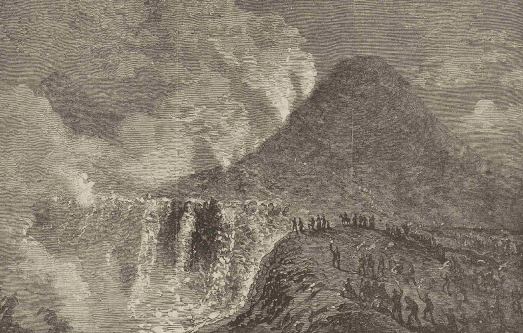 'Eruption of Mount Vesuvius', Penny Illustrated Paper, 17 October 1863. This scene would have been a revelation to most readers of the time.

Every type of material has its drawbacks and old newspapers are far from being the perfect resource. The number of pages that are already on-line can make them unwieldy to handle if a query produces a large number of matches. It is possible to become overwhelmed by detail and miss important information or insight. There are plenty of places in the news chain where error can creep into a report and sometimes they cover a topic in a very superficial way. Occasionally a researcher may strike lucky and quickly locate an editorial or journalist's investigation that provides a complete answer. More usually it will be necessary to find, collate and analyse a number of individual reports in order to uncover the full story or unlock relevant learning.

Almost all sources are affected by bias and newspapers are no exception. They have been subjected to censorship, may have printed propaganda or portrayed opinion as fact. These problems are not insurmountable, but users need to know how to recognise and manage them in order to avoid jumping to false conclusions.

When newspapers were first published, they opened up a wider world to the literate people of the day. Reproduced digitally, they are now allowing twenty-first century researchers to immerse themselves in the past in a way that no other resource can and make new discoveries.

Posted by Luke McKernan at 4:06 PM