Archiving the general election on TV

The general election that no one was supposed to want turned out to be completely compelling. Many of the apparent certainties on which the UK's snap election of June 2017 was based were overturned, at least in part - from its core themes (it was supposed to be about Brexit but never really was), to demographics (young people don't turn out to vote, except that they did), to the balance of political power (the predicted comprehensive victory by the Conservatives instead resulted in a hung parliament). 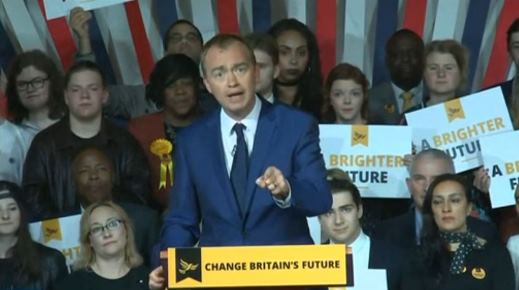 Tim Farron, then leader of the Liberal Democrats, from BBC News at Ten, 17 May 2017

One certainty that remained in place was the primary position of television as the platform for information and debate. Probably the defining image of modern electioneering is the politician speaking with a grouping of supporters with banners bunched behind them, the supposed audience seeing the back of the speaker while the true target is a remote one. Reality is subverted to televisual reality.

Although subsequent analysis of voting trends has shown that social media may have had a greater influence, in some sectors, than before, while newspapers' influence has not waned as greatly as some have pronounced (again, in particular sectors), television was where the general election was played out.  One of the particular coups of the election campaign was when Labour leader Jeremy Corbyn changed his mind and decided to take part in a BBC party leaders' debate, wrong-footing the Conservative leader Theresa May. Likewise the performances by the various politicians in interviews (Theresa May telling The One Show about who in her household put out the bins), Jeremy Corbyn telling Jeremy Paxman on Channel 4 why he wasn't campaigning to abolish the monarchy) seem to have had a persuasive effect on public perceptions. Other media play their part, but television is the testing ground.

The British Library was recording all this, or at least a good part of it. Between the surprise announcement of the election on 18 April 2017 and election day on June 8 we recorded some 1,500 television news programmes from 15 channels (BBC One, BBC Two, BBC Four, BBC News, BBC Parliament, Channel 4, ITV1, Sky News, Al Jazeera English, CGTN, CNN, France 24, NHK World, RT, Channels 24). This included general news programmes from each of those channels, interviews, speeches, panel debates, party election broadcasts, satirical shows, and of course the through-the-night election results programmes and post-election reporting. Because of the surprise nature of the election, there weren't some of the in-depth documentaries and comedy series that we saw at the 2015 election and the 2016 EU referendum, but the air of improvisation as TV reacted to events only added to the compelling nature of those six weeks.

Because in the middle of the election were breaking news stories that halted the campaigning twice - the suicide bomber at the Manchester Arena on 22 May and the attacks on London Bridge and Borough Market on 3 June. Both events wove their way into the election narrative, and saw the broadcasters adapting to the abrupt shift in the news agenda. Extended recordings of the breaking news reportage on these events, across multiple channels, are also part of we archived. 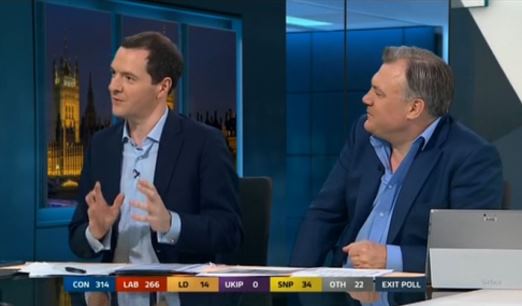 All of our UK 2017 general election programmes are now on the Explore catalogue, and can be played directly from the I Want This links on the catalogue at either our London or Boston Spa sites. You can access the programme either directly from the catalogue, or you can go to our onsite Broadcast News service, and search in greater depth for programmes by date, channel or subject (to find Broadcast News, following the Sound & Moving Image services link from the front page of any British Library terminal).

We have produced a spreadsheet of all of the news and election programmes we recorded 18 April-11 June, in .xlsx format, which you can download here.

Our news collections go back to the 1620s, but they are as much about today as yesterday. It is not possible to archive the whole of the world of news as it impacts on the UK. The range of publications and platforms is too vast, and in an increasingly personalised news world, everyone is seeing different news. But we capture the best that we can - comprehensively for newspapers (thanks to Legal Deposit), reasonably comprehensively for web news sites (thanks to Non-Print Legal Deposit) and selectively for television and radio. It is instant history, turning what is live and uncertain into that which has become fixed and a subject for study and contemplation. And it is compelling.

Posted by Luke McKernan at 4:43 PM