In search of the sports reporter

This is a guest post by Dr Stephen Tate, who teaches at Blackburn College University Centre. A former journalist, he worked on the provincial daily press across the north of England for 30 years. He introduces us to James Catton, the lead character in his newly-published book on the sports journalist 1850s-1930s, rescuing a little-known figure from the shadows of newspaper history. 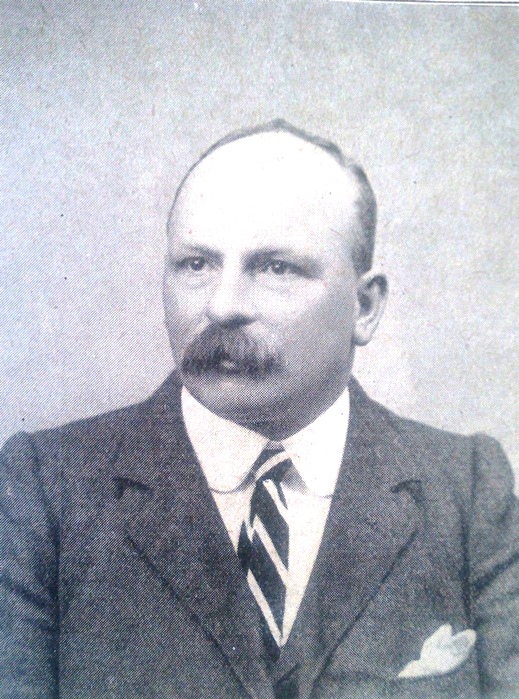 The sporting past and the newspaper fit hand in glove. There can be few other areas of research relying as heavily on the news columns of the press for information as sports history.

For the Victorian and Edwardian periods, in particular, when much of our modern sporting panorama began to take shape, the tightly-packed columns of print offer up material rarely found elsewhere. They provide insight and comment regarding the formation of clubs, the development of rules, the slow progress towards a rational sporting calendar. The first stirrings of sporting celebrity can be traced alongside the advent of the administrator and the birth of fan culture.

The whole panoply of the Victorian sporting revolution in action is laid bare.

But who wrote the word deluge that constitutes the hallmark of the newspaper sports pages of the day?

For the most part, the industry-standard expectation of unsigned reports and the use of the nom de plume risk leaving generations of sports reporters unknown to the historical record. In the train of that anonymity comes uncertainty over their working environment, career paths, status and aspirations.

Career longevity, talent and exceptional circumstances can save some from undeserved obscurity. So, too, can chance. For James Catton all four factors serve to rescue him from the shadows.

Catton’s career began as an apprentice reporter on the bi-weekly Preston Herald in 1870s Lancashire. It was there that he became aware of the growing popularity of association football and where he took his first, tentative steps in part-time sports journalism. “The county went frantic on football,” was his considered opinion. He was then off to the East Midlands in the 1880s as a fully-fledged sports reporter on the Nottingham Daily Guardian. Both areas were hotbeds in the recasting of late-century sport as games became codified and commercialised as a fit for the industrial age.

Catton later joined the Hulton group of newspapers in Manchester where his passion for the games of the day was given free rein on the Sunday Chronicle, Sporting Chronicle and Athletic News, all papers with claimed national circulations. For 25 years from 1900 Catton worked as editor and chief reporter of the weekly Athletic News, a significant position on a widely influential title. He spent the last 10 years of his career on Fleet Street, capitalising on his reputation as the doyen of sporting journalism.

There was a particular irony attached to his role as chronicler and arbiter of Britain’s diverse sporting constituency. It was an irony Catton was acutely aware of. He was less than 5ft tall and worked in an age that was only slowly accepting the idea that in order to write with authority and insight on sport one did not necessarily need to have been a master of games-playing, to have excelled physically in the sports arena. His two predecessors as Athletic News editor had been noted sportsmen, as had a high proportion of journalists on the specialist sporting press in the closing decades of the 1800s. Catton’s small stature denied him that opportunity. His predecessors had been prominent in sports administration, too. Again, Catton had not.

Catton was well versed in the lengthy and, to modern tastes, rather dull timetable-style reporting of sporting fixtures, with formatted and clichéd writing styles. Wasn’t it Catton who first sent “the crimson rambler” to the “confines” of the cricket field? But he had the opportunity and talent to develop his reporting repertoire on the Hulton newspapers, to embrace a lighter, chattier and more inclusive approach. His status as Athletic News editor allowed easy access to sports legislators and decision-makers. His early days in Lancashire and Notts amid the pioneers of professional football, and his subsequent career longevity – 60 years a reporter – provided him with a ready store of anecdote and insight, grist to the journalistic mill. He witnessed the elevation of the reporter from a roving brief on the touchlines to purpose-built grandstand press seats. He saw the eclipse of the homing pigeon as report carrier and the adoption of telegraph and telephone. He felt the full brunt of the increasing demand for speed of composition and action associated with the industry’s remarkable Saturday evening football results specials. He adored cricket and respected football and appreciated all manner of other games.

Catton’s career began in an age when the sports reporter might well act as match promoter, ready-money stakeholder and judge in the harum-scarum world of pugilism, blood sports and pedestrianism, and it would end with the advent of the professional controversialist embodied by the Fleet Street sports columnist. Catton’s story opens a window with a panoramic view of the world of the sports reporter.

A History of the British Sporting Journalist c1850-1939. James Catton, Sports Reporter (Cambridge Scholars Publishing, 2020), by Dr Stephen Tate, is a history of the trade of the sporting journalist and the career of James Catton. Much of The Athletic News (1875-1931) has been digitised and its available on the British Newspaper Archive

Posted by Luke McKernan at 2:40 PM