We hope readers will enjoy the series and seek out some of the recommendations. The choices below have been made by Ed King, former Head of Newspapers at the British Library. 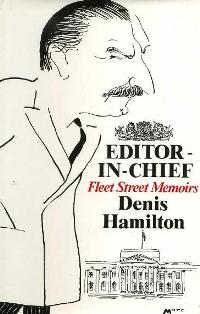 Denis Hamilton trained as a journalist before war broke out in 1939. It was his war service that gave him a lifetime’s experience in six years. Demobbing as a Lieutenant-Colonel in 1946, he had the good fortune to be recruited as a personal assistant to Lord Kemsley, the owner of the largest group of newspapers in the UK at that time, including The Sunday Times. He made himself indispensable, re-vitalising The Sunday Times in the process. He showed formidable courage and negotiating skills when Kemsley sold the newspaper group in 1959 to Roy Thomson, securing contracts for himself and key colleagues. When the sale of The Times and The Sunday Times to Rupert Murdoch was forced by disputes with print unions, Hamilton knew he could not work for Robert Murdoch, and resigned in 1981.

In this memoir, I was struck time and again by Hamilton’s great capacities: for dealing with people successfully, for being able to take criticism, for delegating work and responsibilities, for learning, for sustained hard work, for seizing the moment, for his incorruptibility. Above all, he had the (constantly exercised) ability to reflect on gaps in the newspaper market, to think ahead, to plan a campaign of action for the future. For many years, Fleet Street was a sufficiently large canvas for his abilities to show at their best. 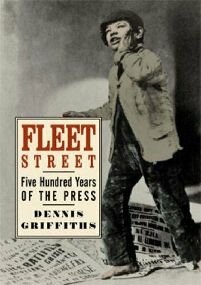 Dennis Griffiths was well qualified to undertake this subject, having himself spent a lifetime in printing and newspaper publishing, achieving the status of production director for the Express Newspapers group. We are swept along across the centuries. The profit motive has always been present: without it, newspapers will fail. Publishers/ owners never had time for those who failed to last. So, perhaps inevitably, it is the proprietors/ owners, or publishers, or editors who capture the most attention, for their outstanding qualities were often the difference between success and failure. Thirteen chapters out of the twenty-one in all are devoted to events of the twentieth century. However, the main features of the London newspaper scene were laid out by the 1780s, with London being served by nine daily newspapers, with ten more appearing twice or three times a week, and one evening newspaper being started in 1788 – The Star and Evening Advertiser.

Griffiths enumerates many new titles established, from 1800, onwards, and whilst London titles predominate in the Index, he mentions successful provincial newspapers as well. He charts the move towards greater, more rapid penetration of sales throughout the UK, which gathered pace from the 1890s. Chapter 21, ‘The Electronic Future’, is devoted to new Technology. It offers plenty of examples of change driven by the development of the world wide web. Griffiths believes that the value of quality journalism will remain, but may be diluted by the myriad of outlets that can create news. The internet has much greater potential to enable a small number of businesses to dominate the provision of any information, including ‘the news’. Whatever happens, the phenomenon that was Fleet Street has passed into history. 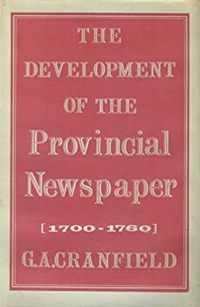 For anyone interested in eighteenth century studies, this book, published in 1962, remains an absorbing one. The justification for the work was simple: ‘there was no country newspaper in existence in the year 1700; but by the end of 1760, no less than one hundred and thirty different newspapers had been started…’ Cranfield covers the growth, the development of provincial newspapers, together with analysis on their content, the nature of their circulation, and of their distribution. At the end of chapter 8, ‘Circulation’, Cranfield summarises the influence of provincial newspapers: ‘ All too often, it was the only printed matter that was available to its readers, and was something to be read, and re-read, discussed and argued over, passed from hand to hand, and finally carefully preserved and bound into annual volumes. In the process many people who could not afford a paper and who perhaps could not read, would become acquainted with its contents.’ Chapter 10 on Advertisements takes us into the lives of the advertisers: tradesmen, quack doctors, sales by auction, property and many more. Although not much local news was reported in newspapers, the advertisements offer us real insights as to what sellers locally thought buyers wanted, by way of material comforts. Chapter 12 ‘Maturity’ discusses the role of provincial newspapers in forming opinion about national events, bringing as they did information from London on a regular basis, they assisted people to think in a similar way.

Posted by Luke McKernan at 7:43 PM