We hope readers will enjoy the series and seek out some of the recommendations. The choices below have been made by Dr Stephen Tate, Blackburn College University Centre. 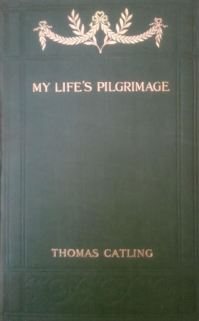 The recollections of Thomas Catling provide a welcome insight regarding the practicalities of nineteenth-century newspaper journalism. Catling spent most of his working life on Lloyd’s Weekly Newspaper in London, rising from compositor to editor. He joined the Sunday newspaper in 1854 and retired in 1906. It is a book with a rich seam of enlightening anecdote and opinion.

All three books in my selection are memoirs of newspaper journalists. They would not have been published had the authors not tasted success. But all three experienced work at the humdrum level of journalism before talent and luck saw their careers advance. In my endeavour to rescue the world of the workaday reporter from a surprising neglect in contemporary press historiography, books like Catling’s have opened up avenues of research and moments of understanding.

The author touches upon the pounds, shillings and pence of his trade; the career path from composing case to the editorial room; the role of the sub-editor; the interaction of the press with the worlds of theatre, fiction-writing, the law and politics; the mechanics of production; the practicalities of reporting crime; edition structures. The narrative is piecemeal, discursive, meandering . . . but there are dates, names, events and situations. What a feast! For a historian researching the trade of the sporting journalist, the above title offers few clues as to its worth. But its 500 pages are packed with detail outlining the at times rambunctious, disorderly world of sport in the second half of the nineteenth century.

Watson was born in 1848 and the book covers his reporting assignments for Sporting Life, Bell’s Life in London, Sportsman and Sunday Referee, covering pugilism, pedestrianism, water sports, wrestling, cycling, billiards, endurance feats and much else besides. His dalliance with sports periodical proprietorship is also covered.

Watson worked at a time when the reporter was often called upon to act as referee and stake-money holder in prize contests and he foregrounds his role as event judge and occasional organiser, nowhere hinting at any pride in writing style or journalistic prestige. For the author and his paymasters the role of reporter is subsidiary. It is an unwitting testimony to the uncertain status of the sports reporter before the adoption by the cheap popular press of codified team games as part of its editorial agenda. 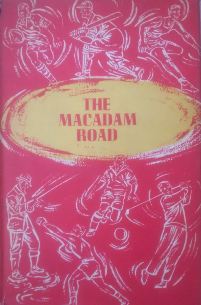 This is a fragmented, anecdotal stroll through the author’s career as Greenock shipyard apprentice, provincial newspaper telephone boy, drama critic, sub-editor and, eventually, leading Fleet Street sports reporter. Its leitmotif is perhaps best summed up in a sense of drift through the 1920s to the 1950s and that drift captures, I think, the essence of the stories of many journalists’ working lives.

Macadam suggests his book, and thereby his career, ‘. . . goes nowhere in particular from nowhere very important’, with ‘. . . accidents and divergencies along that road’. But (despite a concluding element of whimsy) it provides a valuable understanding of how some careers take shape, together with the pinched circumstances of weekly paper existence, the happenstance of job moves and the excitement and pressure associated with the quest for sports story exclusives to fuel the national newspaper juggernaut. He describes the ‘harrowing experience’ of being among the press pack on an England football international tour, the newsmen ‘. . . watching each other like cats for fear of the unconsidered trifles of news that might have escaped their own eyes’.