Caroline, Byron and Wilde: celebrity scandal in the 19th century

Sordid details of celebrities’ sex lives scandalised the public and sold huge numbers of newspapers in the 19th century and beyond. However, unlike today, salacious celebrity stories were rarely published in the press. Libel laws were more stringent and a strong sense of deference, especially to aristocratic notables, pervaded.

When a celebrity sex story did break through in the 1800s, it invariably caused a sensation. Our Breaking the News exhibition (22 April – 21 August 2022) showcases three such stories, spanning the century.

The celebs in the spotlight – Caroline of Brunswick, Queen consort of the UK, Lord Byron and Oscar Wilde – were exposed to the public gaze because of a varied mix of their alleged ‘bad behaviour’ (according to contemporary prejudices), legal transgressions and news publishing loopholes. 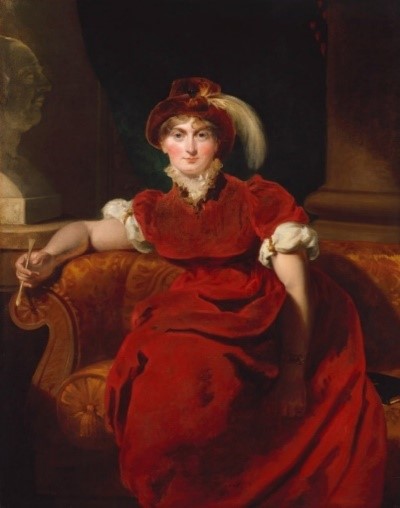 Portrait of Caroline of Brunswick, 1804, by Thomas Lawrence (Public domain, via Wikimedia Commons)

Caroline of Brunswick’s marriage to King George IV was beset by troubles and ill will from the start. He thought her uncouth, she considered him a drunkard and a bore. Upon George’s ascension to the throne in 1820, he instigated divorce proceedings, which, in this era, had to be heard in the Houses of Parliament.

For the first time, the details of Caroline’s lifestyle and the allegations of impropriety coming directly from her estranged husband were voiced in the public domain where previously only gossip and rumour had circulated. Newspapers were able to publish the evidence put forward at the trial in the House of Lords due to a loophole that allowed all proceedings in Parliament to be reported word-for-word in the press. 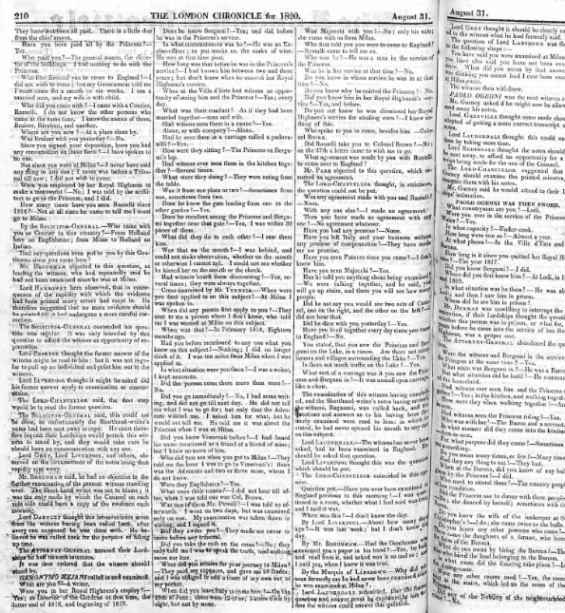 Coverage of the divorce hearing in The London Chronicle, 1 September 1820 (British Library)

Despite Caroline’s immense popularity with the British public (at the expense of her husband) when the finer points of her affair with Bartolomeo Pergami, an Italian and a commoner, came out the nation was scandalised. However, the remaining public goodwill was such that the Pains and Penalties Bill 1820, which would have stripped Caroline of the title of queen and dissolved her marriage, never made it into the House of Commons. 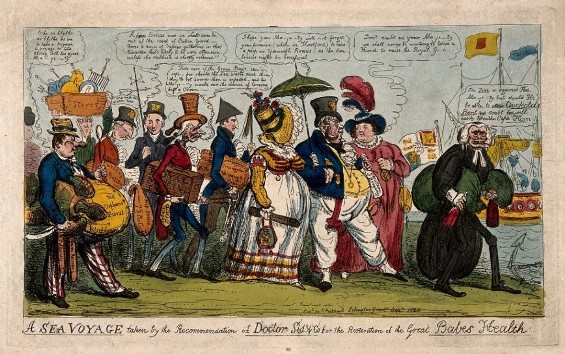 George IV and entourage laden with provisions, about to embark from Brighton in the Royal Yacht; satirizing the extravagant monarch's distressed retreat from England at the time of the Queen's trial. Coloured etching by R. Cruikshank, 1820. (Wellcome Images CC BY 4.0)

Only a few years before the royal divorce trial, the intimate details of Lord Byron’s shock separation from Annabella Milbanke, his wife of little more than a year, were leaked to the press. What was the source of this unexpected glimpse into the couples’ private life? Lord Byron’s own verses. 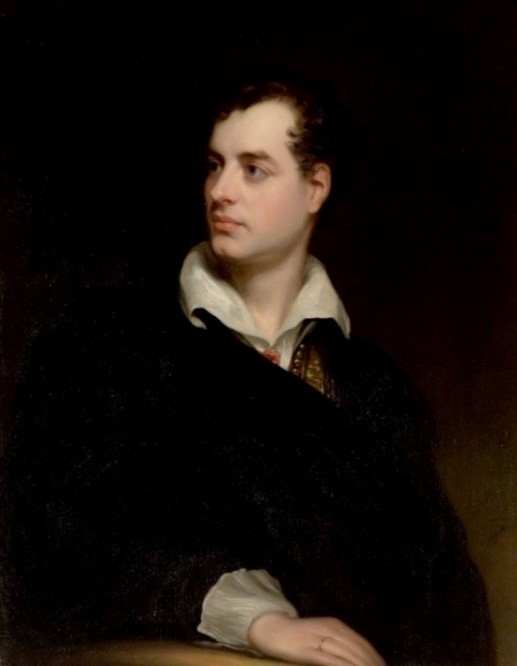 Two poems were published by The Champion: one laid bare the depth of Byron’s feeling for his erstwhile wife, while the other viciously attacked her close, elderly friend and servant. The broadcasting of such strong personal sentiments was certainly not considered the ‘done thing’ in Regency London. Originally authorised by the poet for a limited print-run for his friends and allies, Byron was betrayed and the poems were maliciously given to the newspaper to print. 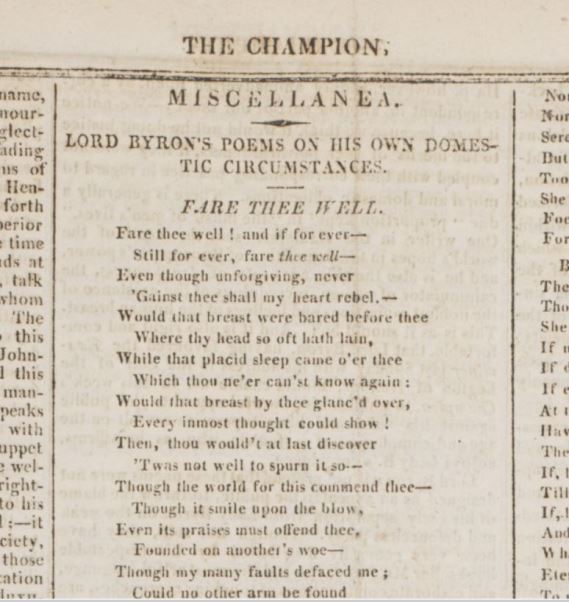 The published poems caused a frenzy of gossip and encouraged wider speculation about Byron’s colourful and unorthodox (in many instances illegal) romantic history.

So intense was public scrutiny and condemnation that Byron felt compelled to leave England. He was never to return. The editorial accompanying the poems describes how the editors viewed Byron’s initial willingness to publish – albeit on a limit run – as an invitation to turn his personal life into current affairs:

‘His Lordship, then, is determined that nothing shall stand between him and public animadversion'. 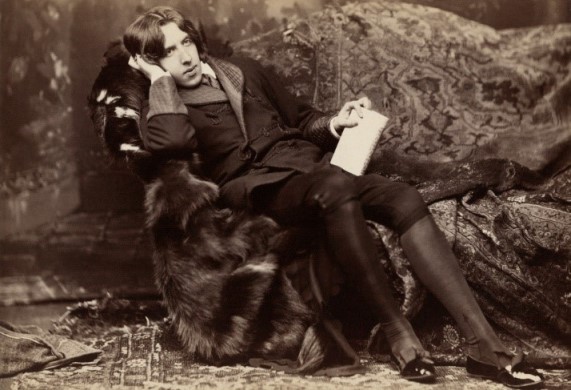 The close of the 19th century saw one of the greatest celebrity scandals of the Victorian age: the trial of Oscar Wilde. The trial itself was a result of Wilde’s hubris. He had initially taken the Marquess of Queensberry to court for publicly referring to Wilde as a ‘somdomite’, a move that grossly backfired and resulted in Wilde facing charges himself.

Evidence of the famous author’s sexual activities were presented to the court and he was convicted of ‘gross indecency’. As a result, Wilde was imprisoned in Reading Gaol. The public were enthralled and closely followed the coverage of proceedings, in print and through illustrations. 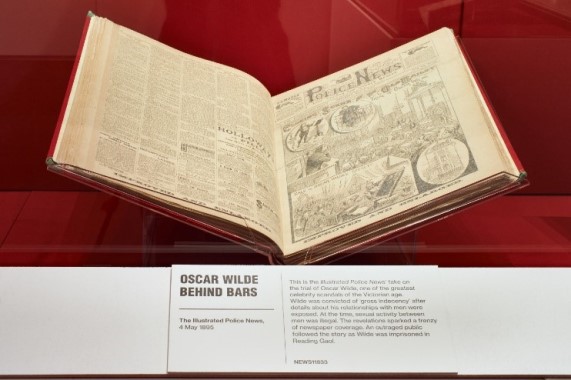 The trial of Oscar Wilde in The Illustrated Police News, 4 May 1895. As displayed in the Breaking the News exhibition.

These three historical celebrity stories appear in the Breaking the News exhibition alongside more recent showbiz scoops, including #WagathaChristie, the Rolling Stones drugs bust, and the first paparazzi picture of Diana Spencer, later Princess of Wales.

Breaking the News is open until 21 August 2022. Members go free.