The British Library has 36,253 newspaper titles from 193 countries and territories, representing 88 languages. How do we know this? Because we’ve been analysing the data. Now we’re making that data freely available for anyone to view, download, edit and share.

Back in 2019 we published our catalogue of British and Irish newspapers in a reusable format. Now we have done the same for our entire catalogue of world newspapers. For each newspaper title that we hold we have taken information on the start and end years of publication, the places of publication (city, country, coverage, continent), variant titles and editions, and the language of publication. All of this information exists on the British Library's Explore catalogue, but in making the core information about each newspaper title available in spreadsheet under an open licence,  we are making the newspaper catalogue much easier to use for analysis, selection (e.g. finding all of the titles published in one country or any language, between a range of dates) and integration with other sets of data.

What we are calling the British Library Newspaper Title-level List can be found on our Research Repository here: https://bl.iro.bl.uk/concern/datasets/943bd083-6355-44a1-97eb-b8ff898f87d5?locale=en

Erik Nylund, infographics designer and founder of VisualizeThat, has helped showcase the data through an interactive guide to our newspaper collections:

Click on a country to see a full list of published newspapers in that area, from there click through to individual title records in the British Library catalogue. Use the = and – buttons to zoom in out of continents and regions. Set the time period of publication with the bar at the bottom of the screen. Discover the variety of languages that newspapers have been published in throughout the world, by clicking ‘Number of languages’ tab at the top right of the screen. Or, to view all of the data, quickly and simply, click through to a selection of charts at the ‘Show charts’ tab.

The joy of having all this data cleaned and in one place is that patterns and narratives about the collections emerge, allowing for in-depth analysis and discovery. To see a few favourite themes that have come to light through this project, check out the animations below (also created by Erik Nylund):

Non-English language newspapers in the UK

Look out for many more news datasets to be added to the Research Repository in the coming months.

The British Library is currently hosting at its St Pancras site a free exhibition of infographics on Victorian news topics, created using data from digitised newspapers and other sources. In this guest post, one of the professional designers behind the Visualising Victorian News exhibition, Ciaran Hughes, explains how he got involved. 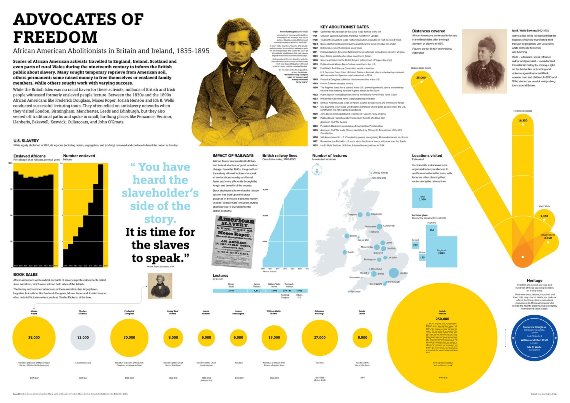 Often, especially when previously working at national newspapers, a graphic briefing would consist of being asked - or rather, told – that what was required was a map (no matter the topic) that showed how big the provided numbers were. Of course this was rarely what was required, or indeed delivered.

Instead the British Library project was as far from that starting point as possible. 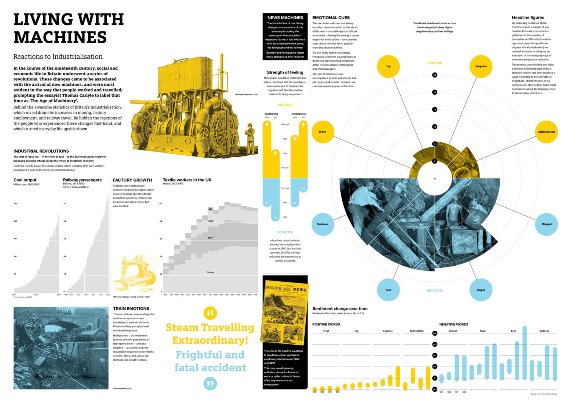 With so much information and so many data sets we worked to slowly construct the graphics, and a narrative hierarchy that would offer the reader many entry points. Linked and cross-referenced, the various elements worked as building blocks in the construction of an overarching story. So it became about striking a balance, visually as well as editorially. Also, as I was doing several of the posters it was important that they worked together as a series.

About 20 years ago when traipsing round primary schools with my toddler son, I was conscious of how many double-page spread, stand-alone, strong colourful infographics (usually taken from The Guardian) had lived on as teaching aids, pinned up in their busy corridors and shiny classrooms. I wanted my graphics to have the same impact and level of engagement, and also to work in a public space. The copy had to be legible from a set standing distance and the posters had to appear light, open and inviting. 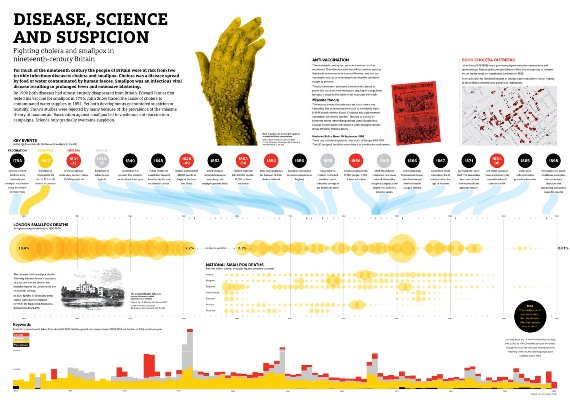 So with a shared grid, common fonts for headlines and copy, and a limited colour palette we constructed various sections to see how they fitted together. This helped us discover what was important and their role in the flow of the narrative. Like moving pieces of a jigsaw round, we started to make small information blocks into larger blocks until they developed and became more solid. The historical images helped serve the narrative too, and in a way their limitations were their strengths – the crude printing methods gave them a visual texture that I could incorporate into the designs. If these elements work to create a compelling, informative and engaging work then I think the brief has been fulfilled. 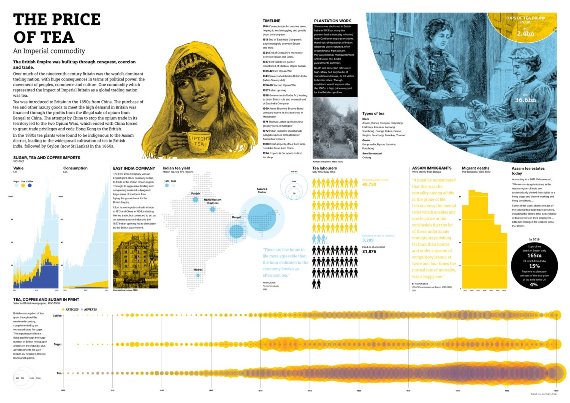 For larger images from the exhibition and other examples of Hughes's work, visit https://www.ciaranhughes.design. The free Visualising Victorian News exhibition continues at the British Library, St Pancras, until 21 August 2022