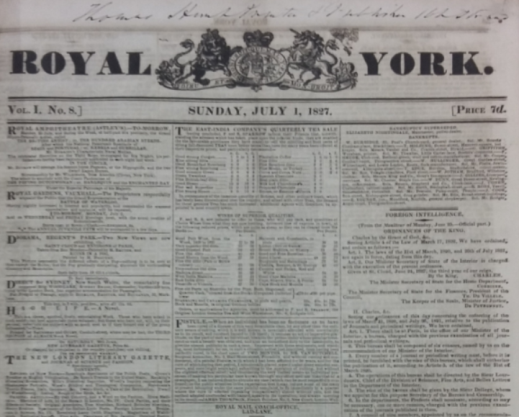 The project is concerned with exploring and questioning preconceived ideas of success and failure in the 19th century press. It should investigate whether longevity is a useful metric for measuring the success of a newspaper, and what factors impacted how long a newspaper lasted for. It should also look at large-scale data to explore patterns of ‘success’ or ‘failure’, and map these against wider political, social and technological patterns of the period.

Research areas that could be explored to analyse why some publications thrived and others did not may include, for example, taxation and censorship (particularly the implications of the Six Acts (1819), and the ‘Taxes on Knowledge’); technology and innovation, examining the impact of railways, telegraph technology, and/or new printing technologies; the shifting fashions of reading and journalism, education and literacy; working/leisure patterns or influences originating from outside the United Kingdom.