Today is the anniversary of the battle of Trafalgar in 1805 so here is a story about Britain's arch enemy during the French Wars, Napoleon Bonaparte.

After the French were defeated at Waterloo in 1815, Napoleon was exiled to St Helena, a small island in the South Atlantic administered by the East India Company.  The British Government instructed the Governor of St Helena, Sir Hudson Lowe, to allow the French General every indulgence which was compatible with the prevention of his escape.  The annual budget for provisions for Napoleon and his entourage was set at £8,000, with permission for Lowe to spend as much as £12,000 if necessary. 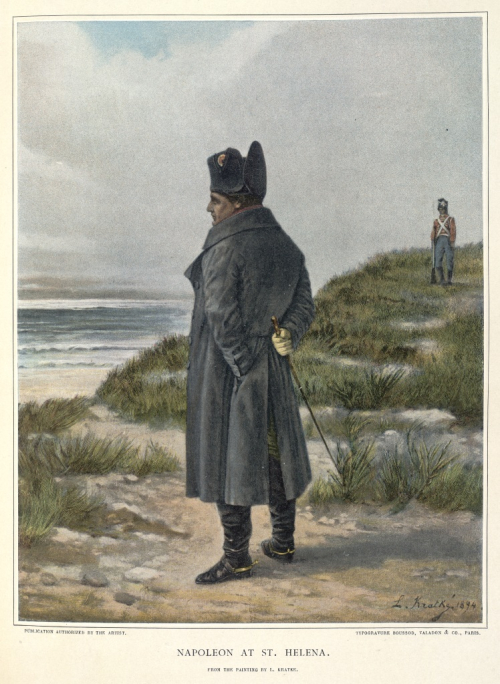 The goods purchased by the East India Company in 1819 included a selection of ‘Wines of the very finest quality for the use of General Buonaparte and Suite at St Helena’ [IOR/L/MAR/1/7 p. 733].  An order was placed with the firms Maxwell & Keys, Paxtons & Co, and Gledstanes & Co for

Such contracts must have been lucrative. According to Lowe's papers, between 1 October and 31 December 1816 Napoleon’s establishment was supplied with 3,724 bottles of wine and 504 bottles of ‘malt liquors’!

Napoleon died on 5 May 1821 and was buried on St Helena [IOR/N/6/2 f.211]. His remains were moved to France in 1840. The British Library recently acquired a copy of his will which was kindly donated by Lawrence Graham LLP [IOPP/Mss Eur F624].

See our catalogues for more documents and books about Napoleon’s time on St Helena, for example William Forsyth, History of the captivity of Napoleon at St Helena (1853) [T 40404].

Discover more about the India Office Records and Private Papers.

Thanks Margaret. Forsyth's MSS notes for his History (and a range of other Hudson Lowe materials relating to the incarceration of Boney on St Helena) can be consulted in the MSS reading room (molcat.bl.uk)