Here is another story for Black History Month.

Around the year 1716 Captain White sailed into Delagoa Bay (Maputo Bay in modern day Mozambique) to trade under licence of the East India Company. During his stay White entertained the King and his two brothers on board his ship. The two princes obtained permission from the King to visit England. Captain White promised to take good care of them and the King defrayed the expenses of the princes’ voyage by presenting White with valuable trading commodities. The ship stopped at Madagascar to purchase slaves before sailing to Jamaica where White sold the princes into slavery. However a Mr Bowles heard their story, bought them from their master and set sail with them for England.  Unfortunately a hurricane struck, causing the ship to sink off Cape Carriento on Cuba. Bowles drowned but the princes survived together with a few others including Colonel John Toogood who took them to England. 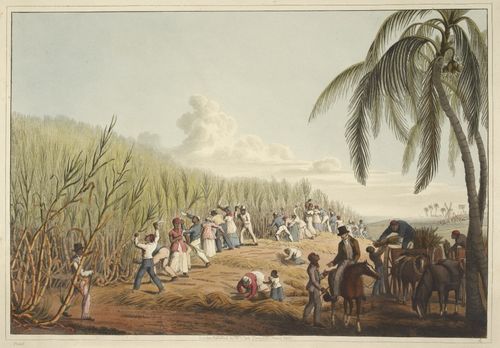 In September 1720, Toogood petitioned the Court of Directors of the East India Company to provide some financial support and assistance for returning the two princes to Delagoa Bay.  Patronage of the two princes in London provided a potential opportunity to further trade on the south east coast of Africa, and the East India Company entered into discussions with the Royal African Company over the right to trade at Delagoa which dragged on for over a year. 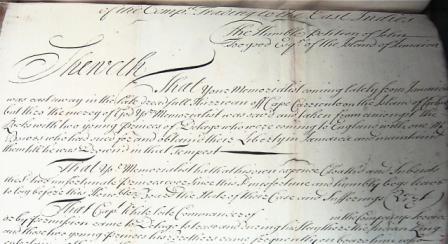 Meanwhile the princes were maintained and educated at the expense of the Royal African Company. Thomas Bray instructed the princes in the Christian religion and they were baptised with the names James and John at Twickenham in June 1721.  Contemporary records give their full names as James Macquilan Mussoom and John Chaung Mussoom. The Society for Promoting Christian Knowledge wanted the princes to return to Delagoa accompanied by a missionary.  Marmaduke Penwell was appointed to sail with them, having received £500 from the East India Company according to a report in the London Journal.

The princes sailed with Penwell from Gravesend, but the ship struck a rock and put into Exmouth for repairs in the spring of 1722.  James, the elder of the princes, hanged himself from a tree in the garden of a local house. Commentators said this sad turn of events was possibly the result of James being ‘in a phrenzy’ or perhaps because of a quarrel with his brother.  John and Penwell eventually reached Delagoa.  According to Penwell’s journal, John then went to his mother’s house and shut the door in the missionary’s face.  The prince emerged after six hours but gave Penwell ‘such frowns and looked so surly upon him’ that the missionary returned immediately to the ship and sailed for England.

Find out more about the India Office Records and search our catalogues for more documents.

Posted by Margaret.Makepeace at 07:00:00 in Journeys , Religion , Slavery

I would be very grateful for any information about Marmaduke Penwell because I am researching our Penwell family in the US. Information regarding his birth and death would be very helpful.