Milk and two sugars: why Australians switched from Chinese to Indian tea

Although metropolitan Australians have become passionate, discriminating coffee drinkers, tea has been the traditional hot beverage of Anglo-Celtic Australians since British settlement in 1788. 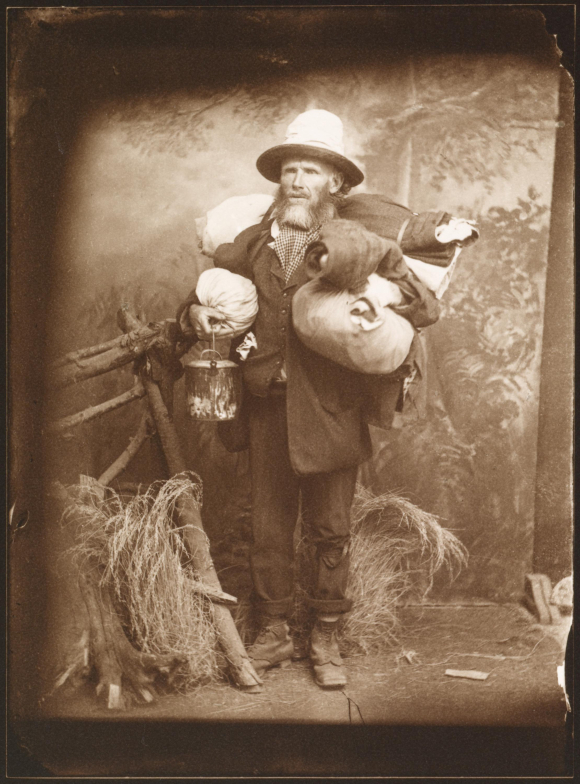 An iconic image of Australian outback life is of settlers, drovers or a swagman sitting around a fire with a ‘billy’ on the boil for tea. Perhaps the most famous mention of the billy is in Banjo Paterson’s 1895 poem Waltzing Matilda that has become Australia’s most recognised bush ballad:

Once a jolly swagman camped by a billabong
Under the shade of a coolibah tree,
And he sang as he watched and waited till his billy boiled
"You'll come a-Waltzing Matilda, with me"

So what tea was being boiled in the billy?

Before the 1880s it would usually have been low grade Chinese green tea known as “common green tea”. If times were hard or Chinese tea unobtainable the leaves of the Australian tea tree (Leptospermum species) and the sweet tea vine (Smilax glycophylla) were used as tea substitutes.

If you were settled in early Sydney and had some money there was a surprising range of Chinese teas available.  As well as “common green tea” you could buy Hyson, Hyson skin, Oolong, Pekoe, Twankay and Souchong teas. These teas were regularly advertised for sale in the The Sydney Gazette and New South Wales Advertiser from its first issue in 1803.

Commercial growing of tea in India developed rapidly in the second half of the nineteenth century. In the 1880s there was a dramatic switch in Australian buying habits from Chinese green tea to Indian black tea. Before the 1880s Chinese green tea had 90% of the Australian market, yet by 1900 the proportions were reversed and Indian tea dominated the market.

The Calcutta Tea Syndicate promoted Indian tea at Australian international exhibitions. Its Australian agent, James ‘Rajah’ Inglis, wrote a report on the 1880-1881 Melbourne International Exhibition for the Government of India. Promotion of Indian tea emphasised its superior quality over the (sometimes adulterated and inconsistent quality of) common green tea from China. Indian suppliers also played on empire loyalties, emphasising British Indian tea over ‘foreign’ Chinese tea. By the 1890s Inglis’ company was selling over 600,000 lb. of 'Billy Tea' and over 1,000,000 lb. of packaged Indian teas a year in Australia.

It was also fortuitous that the Australian dairy industry expanded at this time, making fresh milk available, so black tea with milk and sugar became the national beverage.

The end of transportation of convicts meant an end to a demand for cheap Chinese green teas, as convicts were often paid in green tea. Green tea was associated with Australia’s convict past, and late nineteenth century and early twentieth century Australia was keen to erase associations with its convict legacy.

By the early twentieth century Australia was a major market for Indian and Ceylon teas and by 1929 Australia had become the world’s premier tea-drinking nation, with Australia’s per capita tea consumption briefly eclipsing that of the UK.

For much of the twentieth century until today Australian tea brands such as Bushells - “Our cuppa since 1883” - and Tuckfields Teas were household names. Green tea has returned to Australia as a niche market and Australians are keen coffee drinkers, yet a strong brew of tea with milk – and often sugar – remains the hot beverage of choice for most Australians.

Posted by Margaret.Makepeace at 07:00:00 in Domestic life , Science and environment

Thank you for this interesting look at the history of tea consumption in Australia. I had no idea that Australia became the world's premier tea drinking nation. The story of Robert Fortune's exploits is also a fascinating tale. His industrial espionage in China is the reason that Australia and other countries had access to tea from a colonial source.