Prince Adolphus Frederick, first Duke of Cambridge, (1774-1850), son of George III, was a patron of many good causes and benevolent institutions.  One of the associations he supported was the London Society for the Protection of Young Females which was established in 1835.  The Society aimed to suppress juvenile prostitution in the metropolis by
• Closing houses in which juvenile prostitution was encouraged
• Punishing those procuring young girls
• Protecting the ‘unhappy victims’.

The Society campaigned for better legislation to deal with the traffic in girls and ran an asylum which took in children under the age of fifteen with the aim of returning them to their family or friends or finding them a respectable place in service.  With the Duke as its chief patron, the Society was supported by several bishops and clergymen, many members of the nobility and gentry, City Aldermen, and London citizens and merchants. 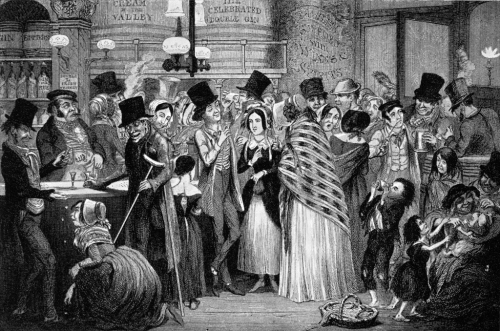 In January 1842 the Society petitioned the East India Company asking for a donation (IOR/L/F/2/64 no. 78 of January 1842). The Society was raising funds to open a new asylum where not less than 150 girls could be protected, given religious instruction, and then returned home or found a suitable situation.  The Company directors voted to subscribe £20.

Search for more documents or books about the Duke of Cambridge, the London Society for the Protection of Young Females, or the East India Company.

Posted by Margaret.Makepeace at 07:00:00 in Crime , Reform , Women's histories