Attempted Assassination of the Duke of Edinburgh

This week we continue our royal theme.  Today is the 91st birthday of HRH the Prince Philip and to mark this we have a story about an earlier Royal Prince who held the title of Duke of Edinburgh. The messages of support in the story echo the good wishes which are being sent to Prince Philip for a speedy recovery from illness. 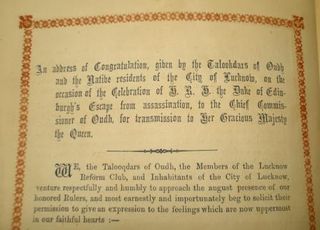 Within the India Office Records can be found addresses to the British Monarch from people and organisations in British India. One such example is from the Taluqdars of Oudh and native residents of Lucknow to Queen Victoria. It conveyed congratulations on the escape of Prince Alfred, Duke of Edinburgh, from assassination on 12 March 1868 while on a visit to Sydney, Australia. 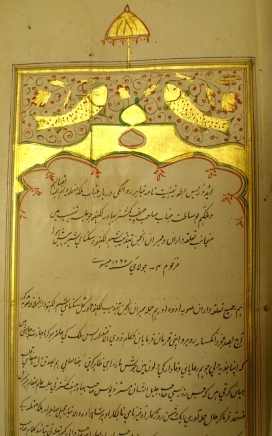 In 1868, Prince Alfred, fifth child and second son of Victoria and Albert, toured Australia as part of a round the world voyage while in command of the Royal Navy frigate HMS Galatea. In Sydney, towards the end of the visit, he was invited to a fund raising picnic held at the beachfront in the suburb of Contarf in aid of the Sydney Sailors’ Home. The event attracted 1,554 guests, a much larger crowd than the organisers had expected, who would consume 1,182 magnums of champagne and 798 bottles of beer by the end of the day. After lunch, Prince Alfred strolled through the crowds in conversation with Sir William Manning, one of the sponsors of the event, when an Irishman by the name of James O’Farrell stepped out of the crowd, walked towards the Prince, and shot him in the back. The Prince cried out, “Good God! I am shot; my back is broken.” 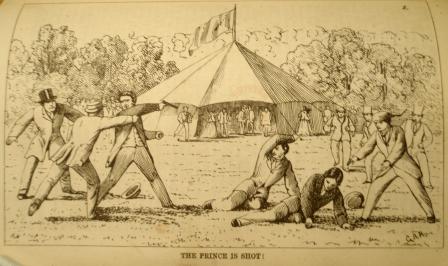 Pandemonium ensued, as a bystander, Mr Vial, grappled with O’Farrell, and was himself shot in the foot, before the crowd bundled the Irishman to the ground kicking and punching him. A badly beaten O’Farrell was eventually rescued from the enraged mob by the Police amid cries of “Hang him, lynch him.” The Prince was carried to the nearby marquee where he was examined by doctors. This revealed that the bullet had been deflected away from his spine by his leather braces, and had lodged in his abdomen. He was taken to Government House, where two days later the bullet was successfully removed. Prince Alfred made a full recovery, and was well enough to resume command of the Galatea and sail for England on 4 April 1868.

As for O’Farrell, there were attempts by politicians and journalists to ascribe his actions to an Irish conspiracy to assassinate the Duke, with O’Farrell first confirming then denying the existence of a Fenian plot. The truth seems more to be that O’Farrell had lived a difficult and disappointed life. His father, a prosperous Irish immigrant butcher, provided a good education, sending him to Vienna and Rome to study for the priesthood. However he began showing signs of instability, at times being silent and withdrawn, and at other times being excitable almost to the point of violence. He abandoned the priesthood and returned to Australia, where his father set him up in business in the city of Ballarat. Despite initial success his business career failed, and his mental condition seems to have worsened, possibly exacerbated by bouts of heavy drinking.

James O’Farrell pleaded guilty to the charge of assault with intent to murder, a charge which carried the death penalty in New South Wales. He was hanged in Sydney on 21 April 1868.

Address from the Taluqdars of Oudh and Native residents of Lucknow to Queen Victoria [IOR/L/PJ/3/1105 No.161]

Fenian Revelations. The Confessions of O’Farrell who attempted to assassinate the Duke of Edinburgh [Extracted from the “Press and St. James’s Chronicle”] (London, [1868]) [8145.bbb.3.(7)]

Posted by Margaret.Makepeace at 09:00:00 in Crime , Journeys , Politics