What was Lawrence of Arabia doing in Afghanistan? 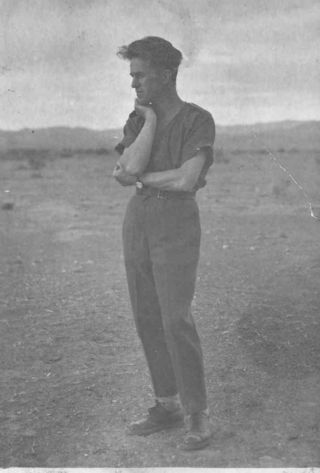 Today is the 124th anniversary of the birth of Thomas Edward Lawrence (1888-1935).  It may seem inappropriate to write about Lawrence of Arabia in Untold Lives as his story has been told countless times in books and films.  However one period of his life seems to be a bit hazy.   T. E. Lawrence spent two years in a remote area of India.  What was he doing there?

Gilbert C. G. Lewis, a soldier in the Indian Army, remarked in a letter in 1928:

‘…You know Colonel Lawrence, the one who made such a name for himself in Arabia during the war?  He is, at present with the R.A.F. at Miranshah – the people we play hockey with at Idak – as an office clerk! You had probably heard that he had joined the R.A.F. as a private in order to escape publicity.  I tried to persuade them to bring him down with their team next time they come, but apparently he doesn’t take much interest in games!  One would have thought that he could have found many better ways of avoiding publicity, as the life of a private must be rather irksome to one who always [has] done more or less as he pleased.  They say he spends most of his spare time learning to type-write!  …’

Lawrence was apparently taking a two year break in India to write his book The Mint.  Enlisted as a lowly aircraftman under the name T. E. Shaw, he corresponded with Charlotte Shaw, wife of George Bernard, on anything from literature to politics.   A few small photographs of him were enclosed in one of his letters. 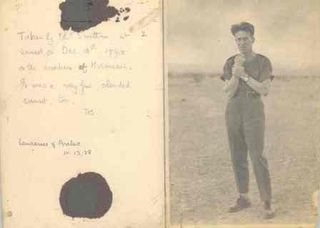 There was a break in the correspondence with Charlotte between January and March 1929.  Even the India Office had no clue of Lawrence’s exact whereabouts or activities, in spite of trying to keep tabs on this maverick’s movements.

There were rumours that Lawrence was active in Afghanistan, a self-appointed agent provocateur. ‘Clad in the most picturesque Oriental garb, silken Kerchiefs of diverse hue tied round his head, with long “Jhubba” of silk with designs of different colours and a “lungi” of the same material…’, he was ‘intimate with the tribes and began subsequently to distribute among the tribes money and arms and provoked them against (King) Amanullah’.

Lawrence was sent back to England by order of the Foreign Office in early 1929, just a few days after King Amanullah was overthrown by the rebels.  So, did Lawrence engineer the insurgence in Afghanistan to bring down the anti-British Amanullah?

Posted by Margaret.Makepeace at 07:00:00 in Conflict , Journeys , Politics