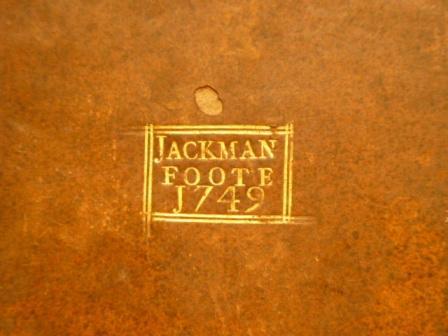 The name Jackman Foote is so distinctive that it seemed worth undertaking some research to try and discover his identity. A very little work on the FamilySearch website turned up a Jackman Foote baptised at St Mary in Truro, Cornwall on 16 April 1724, the son of Henry Foote and his wife Jane, and buried at St Clement in Cornwall on 2 March 1758. The will of Jackman Foote ‘Esquire’ survives in the National Archives at Kew. He makes bequests for bread for the poor in the parishes where he was baptised and buried, specifies that his ‘wearing apparel (except my watchs rings Buckles and sleeve buttons)’ be divided between his menservants and Charles Wilson of Truro and leaves ‘my chest of mechanicall tools and all other my tools of that sort or kind’ to Johnson Vivian of Truro. He leaves the residue of his estate to his ‘brother-in-law John Foote’. At the time the will was signed, on 21 May 1757, John Foote was still a minor. Indeed, he may well have been the John Foote, son of Henry Foote and his wife Mary, baptised at St. Clement on 20 September 1744.  In this case, the term ‘brother-in-law’ obviously does not have the more usual meaning of a sister’s husband. John was presumably Jackman’s nearest surviving relative. Perhaps the two were half-brothers.

A Case of Kidnapping in India

One consequence of the abolition of slavery by Britain was a shortage of cheap labour in plantation colonies which had previously relied on slave labour. To meet this demand for labour an indenture system was developed, whereby a worker would be recruited to work at a particular colony. A contract laid down the pay and conditions the worker could expect and the term of the contract (typically five years), at the end of which the worker could sign a new contract or receive free passage back to his or her home. India was an obvious source of plentiful labour, and the years 1830 to 1920 saw a great migration of Indians to various British and French colonies. Despite the efforts of the Government of India to ensure the system was fair and humane for its citizens, abuses were not uncommon.

One such case was uncovered by the Rev Thomas Evans, a Missionary living in Allahabad, which he related in a letter to the Lieutenant Governor of the North Western Provinces. He describes how on the morning of 17 February 1871, a man by the name of Gunga came to him in some distress. He said that his aunt had been offered work grinding corn, and that upon accepting this job had been taken to Khoordabad where a group of women were being held. The women were given some food and then told that they would be sent to Mauritius as labourers. Understandably upset, the women begged to be allowed to leave, but to no avail. The following day Gunga, accompanied by his uncle, found the group of women, but was prevented from taking his aunt home by a man named Buldeo Jemadar, who claimed possession of them.

The Rev Evans returned with Gunga to Khoordabad and confronted Buldeo, who denied the women were being held against their will. The Rev Evans then asked each woman in turn if they wished to stay, and all replied that they did not and were being forced to stay, after which the Rev Evans told the women to leave. They immediately fled in such haste that they left behind any belongings they had, with one poor women being so desperate to get away that she left her small child behind and had to be brought back to collect it. 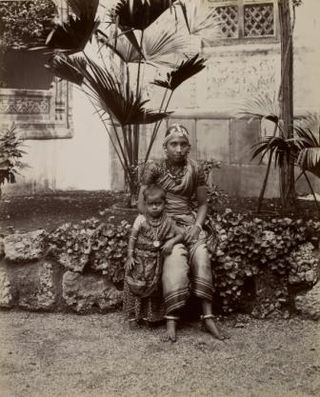 On further investigation the Rev Evans discovered that Buldeo had a team of eight men out on the watch for vulnerable men and women who could be enticed away. Buldeo was working as a recruiting agent for a company called Messrs Bird & Company, who expressed sorrow for the affair but felt there was little they could do to prevent the practice. Buldeo and three other men were subsequently convicted and sentenced to between six months and one year rigorous imprisonment.

In writing to Government about the case, the Magistrate of Allahabad said there was no doubt that great oppression was exercised and luckily detected, but that he had every reason to believe that it was not an isolated incident and that very many similar practices were resorted to.

A guide to records on the system of indentured labour, Indians Overseas, A guide to source materials in the India Office Records for the study of Indian emigration, 1830-1950 by Timothy N Thomas (London: The British Library, 1985), can be found on the BL website.

Mrs Jean Hunter is a name that appears several times on the title-pages of early books printed in the Cree language of northern Manitoba. They are all Christian religious texts – collections of hymns for the most part – printed mainly in London from 1853 to 1886. Some of the books are in the roman alphabet of this blog entry, but others are in the syllabic writing system popular with several first nations in Canada. But who was Mrs Hunter?  There is no entry for her in the Dictionary of Canadian Biography Online or the Oxford Dictionary of National Biography. A trawl through the specialist reference sources on early Canadiana goes some way to answering this question.

Jean or Jane Hunter (she appears to have used both names during her lifetime) was born on 26 July 1822, possibly at Cumberland House (Saskatchewan). Her father was Donald Ross (1797-1852), a fur trader working for the Hudson’s Bay Company; her mother, Mary, was from a family of Scottish settlers. Much of Jean’s early childhood appears to have been spent at Norway House (Manitoba), where Donald Ross was Chief Trader from 1829, and where Jean must have become proficient in the Cree language. 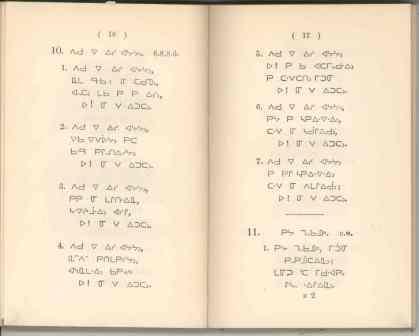 After a period in England at finishing school, Jean returned to Norway House where in July 1848 she married a missionary from Devon named James Henry Hunter (1817-1882). They spent the next decade and a half evangelising among the Cree of Manitoba, and had four surviving children together. James Hunter learned the Cree language, presumably with assistance from Jean, and his linguistic work is better documented and researched than that of his wife.

The Hunters came to settle in London in 1864 or 5. James Hunter was eventually appointed vicar of St Matthew’s Church in Bayswater, and Jean continued to publish hymns in Cree. After her husband’s death, Jean moved to West Hartlepool (County Durham) to live with her son Charles, who had also arrived from Canada. Jean Hunter died in on 17 February 1910 and is buried alongside her husband in Highgate Cemetery. 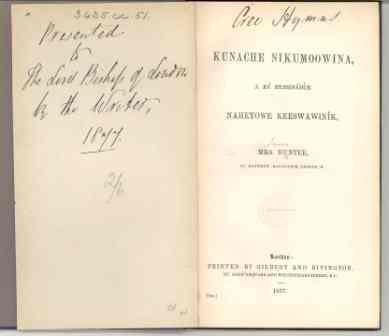 Looking at the books themselves, the hymns are clearly gathered from various sources. None includes any musical notation. The fact that some volumes are in roman script and others in syllabics reflects the dual approach which continues today, with individual communities preferring one writing system over the other. One of the books now in the British Library has a particularly interesting provenance: an inscription on the fly-leaf of Kunache Nikumoowina shows that it was presented in 1877 to the Bishop of London (John Jackson) by the author, Jean Hunter.

A Manual of Prayer and Praise (London, 1879). Syllabics. BL shelfmark: 3457.bbb.35. (Jean Hunter was responsible for translating the hymns).

A Bibliography of the Prairie Provinces to 1953 with biographical index, compiled by Bruce Bradel Peel. 2nd ed. (Toronto, 1973).

Rossville Mission Press: the invention of the Cree syllabic characters, and the first printing in Rupert’s Land, by John Peel (Montreal, 1974).

India and the Olympic Games Part 2

With the 2012 Paralympics just finished and memories of the enormously successful London Olympics no doubt still fresh, we return to the story of Calcutta-born Norman Pritchard, who was mentioned in an earlier Untold Lives post.

Norman Gilbert Pritchard was born on 23 June 1875 the first child of George and Margaret Pritchard, his father then being employed as an accountant in the Public Works Department. (It might be inferred from this that whatever sporting genes he inherited came from his mother's side of the family.)  Unusually, he has not one but two baptismal certificates, for 15 August 1875 (IOR/N/1/153/87) and 28 January 1883 (IOR/N/1/186/244).

Pritchard was an amazingly talented sportsman. In his late teens he won the first of seven consecutive Bengal Province 100 yard sprint titles, as well as honing his skills on the football field where he scored at least one hat-trick. At the second Olympiad in Paris in 1900 he won not one but two silver medals, in the 200 metres and the 200 metre hurdles, and came a creditable fifth in the final of the 110 metre hurdles; in an age when leading athletes rarely take part in more than two events in any one Games, one can speculate that he would have performed even better had he not chosen to enter the 60 metre and 100 metre sprints too. 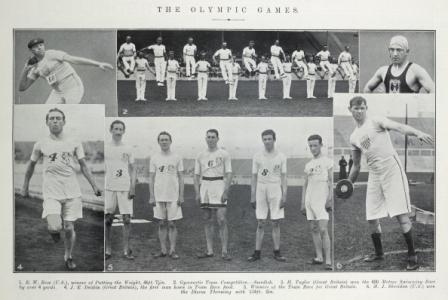 Images Online © The British Library Board

Back in Calcutta he served for two years as the secretary of the Indian Football Association while still participating in athletics competitions – The Times of India of 10 October 1899 reports his travelling to Bombay to set a national record in the 120 yard hurdles, and on 28 February 1901 the same paper touched upon his unsuccessful attempt to beat his own quarter mile record, at a meet where Lady Curzon had been announced as presenting the prizes but failed to appear. He is listed in Thacker's Indian Directory as an assistant working for the firm Bird & Co. while living at 3 Lansdowne Road in Calcutta, but he must have become bored with this humdrum existence after his days of Olympic glory.  He seems to have left India for the last time in 1905, eventually finding his way to the United States. Here his career took an altogether different turn, for not only did he appear in a number of plays on Broadway, he later moved further west to feature in several silent films under the name Norman Trevor. He died in California in 1929.

There remains to this day a degree of confusion as to whether he was competing for India or for Great Britain, but what is certain is that he was the first Indian-born athlete to win an Olympic medal.

Exercise to ease a troubled mind

As the London 2012 Games draw to a close, many will have been inspired to take up a new sport or to become more active. The beneficial effects of exercise for both physical and mental well-being have long been recognised. Victorian psychiatric institutions such as Bethlem and Pembroke House used exercise as an integral part of treatment.

Pembroke House in Hackney was a private establishment run by Dr George Rees until 1838, then by Dr William Williams and his son Walter, and finally by Dr Thomas Christie.  Many of the patients were placed there by the East India Company. It was decided in 1818 to bring to England any Company servants certified insane while in India, as a hot climate was believed to hinder recovery.  The arrangements were soon extended to cover wives and families. There were far more male patients at Pembroke House: in January 1862 there were 122 men and just 10 women. 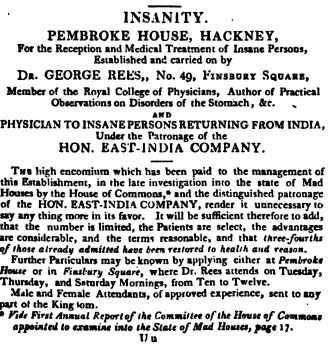 The return to the Commissioners also listed the reading matter provided for the patients at Pembroke House:
• Newspapers and magazines: The Times, Standard, Illustrated News, Punch, Leisure Hour, Once a Week, All the Year Round, Cornhill Magazine, Macmillan’s Magazine.
• A variety of books, especially railway editions of novels.

Although Rees claimed that 75% of his patients were restored to health, some did spend many years at Pembroke House. Andrew Bell Nesbit, a Lieutenant in the Bengal Army, was admitted to the asylum on 7 April 1833 and died there of heart disease on 9 May 1870 aged 72. Let’s hope that he was able to enjoy at least some of the recreations on offer during his long confinement.

A.J. Farrington, The Records of the East India College, Haileybury, and other institutions (London, 1976)