A letter from Lady Susannah Metcalfe (née Debonnaire) to her cousin describes an incident on board a ship to Madras in 1776.

On 26 April 1776, Susannah and Sarah Debonnaire stopped over at the Cape of Good Hope on their way to India.  They went to visit their father John Debonnaire, an East India Company agent residing in South Africa.  When they entered their father’s residence, they were a bit shocked to see that their father was living with a “Worthy Woman”, Mrs Dupoint, who had two small children of her own.  Their father was somewhat embarrassed but still had the decency of asking his two daughters whether they wished to remain in the Cape or continue their journey to Madras.   He promised them that he would always ensure their future happiness wherever they decided to live.

But his promise did not materialise as one of the sisters died on the voyage to Madras soon after they left their father’s house.  On board the ship, both sisters were violently sick.  Susannah nearly died but pulled through, but her sister, who “was of a grosser habit of body” did not survive the ordeal.  “When they were knocking the nails in her coffin,” writes Susannah, “it was like so many daggers in my heart, such a spectacle I never saw, swelled as big as three people and great holes all over her body big enough to put nutmegs…”. 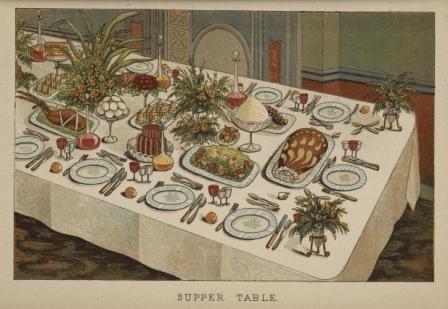 Like a classic case of “whodunit,” where there is no actual proof, one has to look for motives for murder to find any circumstantial evidence that would point to the guilty party.  Susannah was convinced that she and her sister had been poisoned, but she preferred not to say anything about her suspicion, “for fear you should think it ill-natured”.  On the day they were about to leave their father’s house, Mrs Dupoint said at dinner “Miss Debonnaires, I am sure you must be tired of mutton, so have fricasseed you some chicken with my own hand.”  Both sisters ate the chicken while Mrs Dupoint did not even touch it.

What more can you expect from a loving step-mother?

Posted by Margaret.Makepeace at 07:00:00 in Crime , Domestic life , Journeys