In September 1804, John Reeves, the head of the Aliens Office responsible for foreigners within Britain approached the Home Secretary, Lord Hawkesbury seeking direction on an unusual problem. Nine Chinese sailors had been employed by the Königlich Preußische Asiatische Compagnie in Emden nach Canton und China on board one of their ships from Canton to Emden. On their arrival they were discharged from the vessel and unsuccessfully attempted to find an outward bound vessel for China.

View of Emden from the sea, 1845 ©De Agostini/The British Library Board  Images Online

Stranded in Europe during the early stages of the Napoleonic Wars, the Chinese men made their way to England in the hope of obtaining employment on an outward bound East Indiaman to Canton. However arriving at Gravesend, the East India Company’s Agent for the Indian mariners employed on the ships refused to take charge of them and the nine sailors consequently fell under the cognisance of the Aliens Office as refugees. With no resources to get them home, the Home Secretary recommended that John Reeves seek assistance from the Board of Commissioners for the Affairs of India, the government department then responsible for overseeing the East India Company’s territorial, revenue, military and political activities in India.

The President of the Board, Viscount Castlereagh, took the case up, instructing the Board’s Secretary to approach the Company and suggest that the men should be provided with support in returning home. As the British Government was also keen on establishing formal diplomatic relations with the Emperor of China in this period, Castlereagh also recommended that the case “should be fully stated to the Chinese Government in order that they may justly appreciate the attention which the British East India Company pay to subjects of the Chinese Empire who have sought asylum in England after being abandoned by States in whose employment they have been drawn from their Native Country.” The Directors referred the case to their Committee of Shipping but as these records don’t survive it is not possible to find out what happened.

Having a ball - Christmas in Calcutta 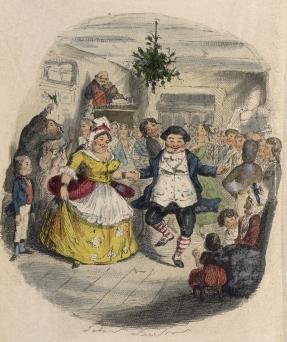 And if you are worrying about entertaining friends and family over the festive period, spare a thought for Lord Brabourne’s staff. On 27 December 1938 there was a ball for 2,530 guests at Government House Calcutta.

Detailed lists of supplies purchased for the ball supper can be found in Brabourne’s papers in the India Office Private Papers.

I hope that this gives you something to ponder as you push your trolley round the supermarket loading up with goodies for the holidays.

“The usual talk of a Saturday night amongst the [bookbinding] trade was about who had got the last new roll cut, its pattern and cost, and the last new tale of anecdote of Mackinlay.” ‘Black Jock,” as he was nicknamed, was even commemorated in song (binders’ gatherings were frequently musical). John Mackinlay was a trained bookbinder, born in Dumbarton, Scotland.  Despite being a “shocking bad workman” he managed to establish successful workshops in Covent Garden, London (at 8 Bow Street and then 33 Southampton Street), by employing 8 to 9 talented binders including the best finisher (practitioner of gold tooling) of the day.  Mackinlay “was short, thick-set, carried his head very much forward, very shrewd, quick eye, drank beer, a dirty old brute.  In his best days he was not above 5 feet 5 inches”. His character proved to be as unprepossessing as his appearance.

Mackinlay was democratic in the exercise of his ill humour, abusing everyone from fee-paying clients to errand boys.  His workers perhaps bore the brunt; a lame binder was sacked for his infirmity, and another employee for whistling.  Mackinlay refused to deal with customer John Philip Kemble, the actor manager of the neighbouring Covent Garden theatre, because he “talked tragedies to him” and forced his foreman, the gifted finisher Charles Tomlinson, to take his order instead. 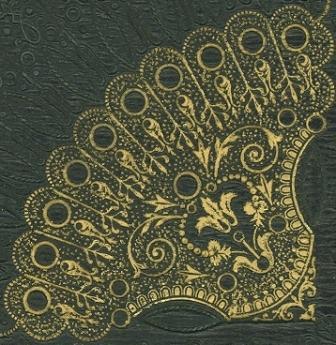 As a master, i.e. workshop owner, Mackinlay joined 3 other proprietors who had their striking employees arrested in 1786 as they tried to achieve an hour’s reduction in the working day (which ran from 6am to 8pm). Being friendly with Mackinlay was no safeguard against his temper.  He attacked a fellow ‘prosecuting master’, James Fraser, for poaching his foreman, and a “sair tussle” ensued at a leather merchant’s shop where the “men rolled each other over in the leather until both were exhausted.”

This Quilp-like character gave rise to numerous anecdotes, but, as historian Ellic Howe pointed out, many are “not fit for polite society”!

Destruction of Venomous Snakes in India

A previous Untold Lives posting told of the methods adopted by the Government of India in the 1870s to tackle the problem of deaths due to wild animals (tigers, bears, etc). However loss of life from a snake bite was a greater problem. For instance, in the Madras Presidency in 1871/72, 1,033 people lost their lives by being bitten by a snake, compared to 227 who died after being attacked by a wild animal. 1872/73 was even worse, with 2,094 people dying through snake bite as compared with 519 killed by wild animals. The Government attempted to deal with this by experimenting with a system of cash rewards paid to those who brought a venomous snake to the local District Officer. 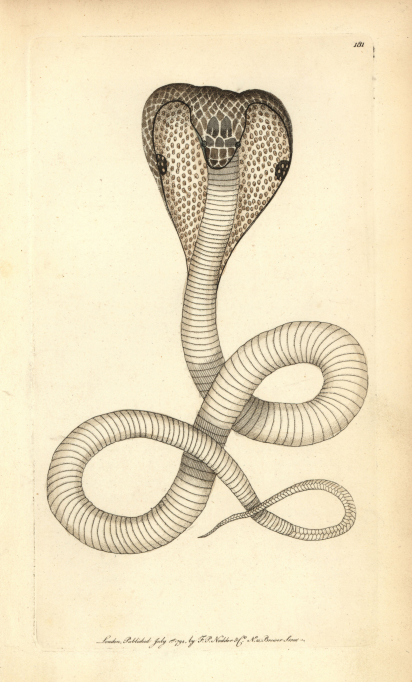 In 1873, Dr Edward Nicholson was charged with trying out the system at Bangalore at the rate of 8 annas for each cobra. As word spread he found the numbers of snakes being brought to him increasing, with one group of villages taking to snake hunting with particular enthusiasm: “They would bring in, or send in by their women, heavy bags of cobras, as many as 20 at a time”. Nicholson reduced the rate paid to 3 annas per cobra, resulting in considerably fewer snakes being brought to him.

In his report, Dr Nicholson remarked on the different behaviour of town and country people: “In the case of a town man, one Indian bringing a perfectly harmless snake securely noosed to the end of a long stick, would come followed by a crowd of idlers admiring his courage; whilst I have never seen the country people show the least fear of venomous snakes.”

An added difficulty was described by the District Officer at Jaunpur, in the North Western Provinces, who stated that snakes were an object of veneration, with temples and feasts dedicated to serpents, and that “…even a professional snake-catcher will not catch a troublesome venomous snake unless a promise is given that its life will be spared.” Nicholson also noted the reluctance of local people to kill the snakes themselves, preferring to bring live snakes for Nicholson to kill. Denying any religious reason behind this, he instead put it down to an objection to killing an animal which did them no harm.

The experiment appears not to have been particularly successful, as Dr Nicholson pointed out: “…if the reward be kept low, the number brought in will not diminish the cobra population in any perceptible degree; while if sufficiently high, cobras will be sought for in distant places and kept alive until required for the market. On this system the expenditure would be unlimited, and yet cobras would be nearly as plentiful as ever in Bangalore.” He believed it best to leave the local people to kill cobras or not as they pleased, a view which the Chief Commissioner of Mysore concurred with.

Source: Correspondence and reports from Local Governments and Administrations on the subject of the destruction of wild animals and venomous snakes, 1872-1874 [IOR/L/PJ/3/1115 No.5]