New Year’s Day in the Workhouse

A very Happy New Year to readers of Untold Lives!  We start 2013 with a story which shows workhouse administrators of 100 years ago acting in a far more humane way than one might perhaps expect. 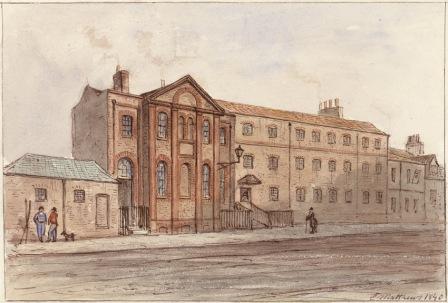 On 1 January 1913, the Manchester Courier and Lancashire General Advertiser published the story of David Scott, a man in his 70s who had been an inmate at the Chester Workhouse for nine years.  Scott had inherited £1,000 from his sister Margaret Scott, a lady of independent means living at 35 Queen Street Chester until her death on 13 February 1912. Rather than seeing the bequest as his means of escape, Scott wished to remain in the workhouse as a boarder. His request was greeted with amusement by the Board of Guardians and he was asked to leave.  However Scott’s case was discussed again at the next meeting of the Board a fortnight later.  The Clerk reported ‘amid laughter’ that he had received four letters from London, Sandford, Norwich, and Penryn, from people anxious to offer Scott a home.  The Board heard that Scott was in very poor health and helpless.  It was feared that if he was ejected from the workhouse into the town, all his money would go and he would just return with empty pockets.  The previous decision was rescinded and Scott was allowed to remain.

However there appears to have been a twist to the story. David Scott, gentleman, of 39 Princess Street Chester died on 28 February 1917, leaving effects amounting to £870 3s.  Probate was granted to Walter Scott, compositor, the same man who had dealt with Margaret Scott’s estate in 1912.  So did David Scott decide to leave the workhouse or did the Guardians change their minds once again?  Can any readers shed light on what happened?

Posted by Margaret.Makepeace at 07:00:00 in Domestic life , Health , Money