Untold Lives tries to maintain impartiality, especially in important matters such as football! So to follow John Watmough’s story of Bradford City's Jimmy Speirs, we have a guest blog by Huw Bowen about Robbie James of Swansea City.

Searching for connections between Swansea City Football Club and Bradford City in the week before the Capital One Cup Final at Wembley was not a difficult task. This is because lots of players, and indeed one manager (Terry Yorath), have been employed by both clubs over the years.  At first I was tempted to write about the tragic life of Alan Davies, once a teenage FA Cup winner with Manchester United, who committed suicide while at Swansea in 1992.  But in the end I just had to plump for Robbie James, one of the few footballers who fully deserve to be described as a legend, a term that is so often misused and abused when applied to sports men and women.

It has to be said that any non-aficionado of the beautiful game reading this will probably never have heard of Robert Mark James. But, rest assured, the life of Robbie James is most certainly not an ‘untold life’ in south-west Wales.  Because Robbie was a driving force in the remarkable Swansea team of the late 1970s and early 1980s which rose from the bottom of the Football League to the very top.  Born near Swansea, he - along with Alan Curtis, Jeremy Charles, Wyndham Evans, and Nigel ‘Speedy’ Stevenson  - was one of the local heroes we could all identify with and pin our hopes on.  A barnstorming attacking midfielder with a thunderous shot, he dominated the centre of the mud-heap pitch at the dilapidated Vetch Field home of the Swans. 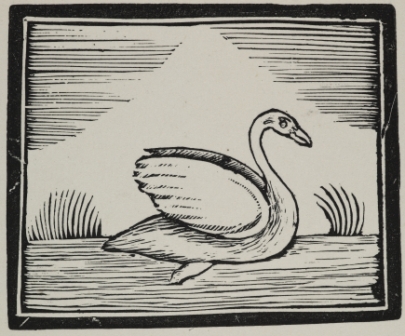 Robbie made 483 appearances for the Swans in two spells between 1973 and 1990.  He scored 118 goals and won 47 international caps for Wales.  But that is not all.  In total, he made an astonishing 783 league appearances for various clubs over the course of a career that lasted for more than twenty years, and this included playing 89 games for Bradford City between 1990 and 1992.  Unfortunately, though, he also inexplicably went over to the dark side in 1992-3 when he played 51 games for Cardiff City.  When I heard the dreadful news that Robbie had signed for the Bluebirds (or are they Redbirds? Who knows?), I remember thinking ‘Say it ain’t so, Robbie’.

After retirement from full-time professional soccer, Robbie played for several non-league teams in South Wales before becoming player-manager of Llanelli AFC.  Tragically, but in some ways fittingly, Robbie collapsed and died while playing for Llanelli in 1998. The Half-Moon pub in Llanelli was renamed ‘The Robbie James’, and recently a bust of him were unveiled at the Liberty Stadium, the shiny new home of the now Premier League Swans.

By all reports, Robbie was a cheerful, modest man, who sported a trademark 70s moustache and had a genuine passion for the game he graced so wonderfully well.  I only met him once, in a crowded bar during the early 1990s.  As always happens when I am in the presence of one of my sporting heroes, I immediately lost the power of speech and started gaping at him like a goldfish.  Recognising the difficulty I was in, Robbie leaned towards me, quietly said ‘Alright, Pal?’, and shook my hand.

Quite simply, Robbie James was a class act and that is why I was thinking about ‘The King’ when I was at Wembley on Sunday to watch the Swans thrash the Bantams 5-0 (sorry about that Bradford fans, but you supporters were great!).

For Swansea City fanzines and books about the club, search Explore the British Library.

Posted by Margaret.Makepeace at 10:38:06 in Leisure

Robbie James was noted for his explosive bursts and when in the mood was almost impossible to dispossess.

He hardly ever had an off-day and you could guarantee that he would be fighting to the end , no matter how the game had gone.

Robbie was in the Bradford City team against the Swans at Valley Parade in November 1991 when the Swans won 6-4. I think this is the Swans highest away score.

My wettest ever day at the Vetch Field was in February 1936 when the Swans beat Bradford City 8-1 to equal their highest League score.

I don't think there is many more I could say about Robbie than you have already he said. He was universally admired.

From When Saturday Comes, April 1998. Some of the numbers have changed (a few more players have managed 782 appearances, while Roger Freestone has pushed Robbie down the Swans all-time list), but none of the sentiments.

In football, sudden death isn’t supposed to mean anything much more serious than cup-ties. But the death at 40 of Robbie James reminds Swansea fans for the third time in 20 years of what it really means.

In 1978 Harry Griffiths collapsed and died in the treatment room at the Vetch Field four days before the team he built, and passed on to John Toshack,won promotion from the Fourth Division. Six years ago Wales midfielder Alan Davies, his career in decline, committed suicide. Davies had rejoined Swansea from Bradford City in an exchange deal a couple of years earlier. The player who went the other way, leaving for the second and last time, was Robbie James.

It was typical of Robbie, who died playing in the Welsh League for Llanelli, that he should still have been playing meaningful football at the age of 40. He had been doing so for a quarter of a century, since breaking into Swansea’s reserve side at the age of 15.

The statistics of his career speak of endurance, consistency and quality. His total of 782 league games is fourth on the all-time list behind Peter Shilton, Tommy Hutchison (another Swan) and Terry Paine. He was the youngest player to reach the landmarks of 100 and 200 league appearances. He won 47 caps in a period when Wales threatened to qualify for major competitions. He played nearly 300 League games for clubs other than Swansea – successively Stoke, QPR, Leicester, Bradford City and Cardiff City.

But Swansea will undoubtedly remember him longest and most fondly.

Records of 484 appearances and 115 goals – third and second respectively on the club’s all-time lists, only go part of the way to explain how much he meant. The greatest compliment a Welsh sportsman can receive is to be known, and be immediately recognised, by Christian name alone. Refer to “Robbie” among Swans fans at any time in the last 20-odd years and no further explanation was needed.

More than any other player, more perhaps even than John Toshack, Robbie personified Swansea’s years of miracle and wonder in the late Seventies and early Eighties. He was in the team when defeat at Rochdale forced a re-election application on 26th April 1975 – and still there on October 17th 1981, when victory at Stoke took them to the top of the League. And he had played 250 of the 277 matches in between. The record one fears he will hold in perpetuity is the most First Division games for Swansea – 82 out of a possible 84.

The Swans of the time would have been fun to watch even if they hadn’t been winning. So was Robbie. They scored spectacular goals – part of their eventual downfall would be that they didn’t get enough of the sort that squeeze in from three yards off somebody’s knee. Robbie could hit a ball with incredible power from the start. His first league goal, on New Year’s Day 1974 (when he was 16), rocketed past the Rotherham keeper from 30 yards and a high proportion of the subsequent 114 were comparable in distance and power.

They also tended to come in bursts – five in the first four matches created the momentum for a second successive promotion campaign in 1978-9, while four in four, including two to beat Aston Villa, took the Swans back to the top of the League in December 1981. Not that his direction was invariably impeccable. Swansea wingers – and spectators close to the touchline – learnt to fear the angled pass hit with such po-wer that Linford Christie might have struggled to catch it.

Built like a classic rugby union centre – ruggedly powerful, barrel-chested and broad-shouldered – he was also surprisingly quick over the first five yards, and his ability to beat defenders to the by-line from a standing start produced numerous goals in the great years. Still more impressive was the ability in a single continuous move-ment to go down on one knee, win a clean but crunching tackle and move away. It was no fluke that when he lost his pace he became an effective defender.

John Toshack, whose clubs since have included Real Madrid and Deportivo La Coruña, said he’d have been happy to have Robbie in any of his teams. Terry Yorath reckoned him a likely member of an all-time Wales XI.

If Robbie was fun to watch, he also looked as though he was having fun – and no player is more eagerly relished than the one whose skills are supplemented by a sense of genuine enjoyment. Of all the heroes of the Toshack years, Robbie was the one who looked as though, denied the skills to play at the highest level, he would have been at home on the North Bank, loving the game as fan rather than practitioner. We were lucky to have him.

Robbie James was born a fortnight earlier than me. A person's birth date is not usually something that means that much, but in Robbie's case, us being born so close created a kinship between us for me.

This 'kinship' grew from watching Robbie make his debut for Swansea City during the last match of the 1972-1973 season aged 16, and only just 16 at that. For me, having been a fanatical supporter of the club for 11 years at that time, to see someone my age, actually doing what I could only dream about...well...it was 'hero worship at first sight.'

Robbie's 'potential' was evident at an early stage in his career. He was destined to be 'special' and, that's what he became to all Swansea fans at the time.

Fortunately, due to being a small club during his formative years, the fans got to meet the players regularly. I got to meet Robbie on numerous occasions at both the Vetch Field and because of being 'one of a handful' that used to travel to 'far flung northern outposts' for away matches in those days of Fourth Division football.

I felt proud when he always remembered my name, even if we didn't meet up for several months. He still remembered it even when, under inspirational manager John Toshack, the Swans rocketed up through the league ladder to the top of 'Division One' as the Premier League was called, in those 'pre Sky' days and all the players became overnight 'stars!'

Robbie was a decent, humble man, one who always had time to speak to you. He eventually made almost 800 league appearances, about 80 of those were for Bradford City, our Wembley opponents in last Sunday's League Cup Final win.

The last time I spoke with him he was running a bar in Swansea and I called to see him with my then, new girlfriend (now wife). He came over sat with us and spent about half an hour chatting about old times.

Robbie died 15 years ago last week, such a sad loss of a smashing bloke. In Swansea, for supporters of a 'certain age,' Robbie is still revered as a genuine legend of the club.

Most of those would probably say their two all time favourite Swans players would be Robbie and Alan Curtis. Alan was there as the Swans' first team coach in Wembley on Sunday. I'm certain if Robbie hadn't passed away, there would've been room in that Swans Wembley 'dug out' for him too.

Robbie always was and still is, a 'Swansea Jack' and a true hero for so many of us. Thank you for all that you did for our club Robbie, you'll never be forgotten.

Posted by Margaret.Makepeace at 10:38 AM