Five weddings and a funeral

For Mothering Sunday, we have a story about an unusual family in Victorian London. 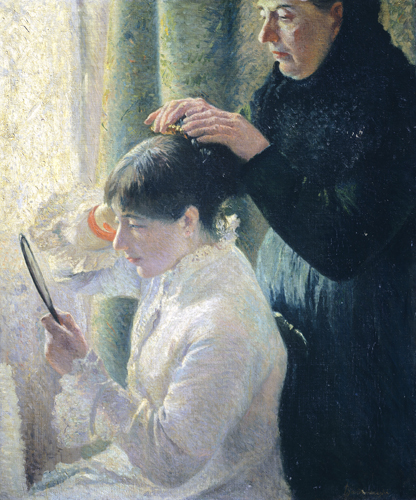 In November 1847 a curious case came before the Lord Mayor of London. William Cawley, aged 77, had brought a charge against Elizabeth Cawley, aged 23. William was a labourer who had retired from the East India Company warehouses in 1810 on a pension of 7s per week. He had gone from his lodgings in Pentonville to East India House to collect his quarterly pension, buttoning it carefully into his trouser pocket. Elizabeth had slipped her hand into the pocket and tried to take his purse. The Lord Mayor asked whether Elizabeth was his daughter.  William sighed deeply: she was in fact his wife. They had wed when she was just 17, but she and her mother had both only married him because they thought he had money. This surprising comment prompted the Lord Mayor to probe deeper and this is the story he uncovered.

After the death of William’s first wife Ruth, a ’blessed angel’, he had been mad with grief. A few months later on 29 April 1842 William married widow Elizabeth Shaw at St Sepulchre Holborn. The marriage was never consummated and his new wife said that she would make her daughter marry him if he released her. As he liked the daughter better, William accepted her offer and married Elizabeth Martha Shaw bigamously at St George Bloomsbury on 16 May 1842.  He claimed that he had not had a happy moment since then and from being in comfortable circumstances when he met ‘this greatest pair of devils’ he was now reduced to having only his Company pension to support him.

Given the opportunity to put forward her side of the story, young Elizabeth complained that Cawley refused to give her money and would not support their six year old daughter Elizabeth Martha Sarah. Questioned whether there was any doubt over the child’s parentage, William stated that there was none. The Lord Mayor replied that there was no law to make William give money to Elizabeth but he was showing a total disregard for the decencies of life by his behaviour towards her and the child. William said that he had no objection ‘to try the mother again’ if she would promise to take care of him and protect him against her daughter.  Although the Lord Mayor was obliged to prevent Elizabeth from annoying William, he also impressed upon the old man his duty as a parent to provide for the child.  When William protested that he could not afford to do so, the Lord Mayor admitted defeat but told him that ‘between two wives a man may fall to the ground’.  Elizabeth was discharged after promising to pass by Cawley with ‘silent contempt’.

William Cawley died on 26 January 1850.  As part of their welfare scheme for warehouse labourers, the East India Company paid Elizabeth £5 5s for his funeral expenses and £3 3s as a death benefit for her and the child.  Elizabeth remarried  in 1856.  Confusingly, her daughter appears to have married the same man twice, in 1872 and 1875. We should love to hear from anyone who can shed light on that story!

Further reading
The Cawley story is reported in several newspapers in  (spelling the name as Crawley) British Newspaper Archive.
Information about the East India Company warehouse labourers can be traced through the India Office Records – contact Margaret Makepeace for help. Many have potted biographies in the India Office Family History Search.

Posted by Margaret.Makepeace at 00:15:00 in Crime , Domestic life