Lucy Kellaway talks about the importance of the East India Company as an early example of a modern office in her History of Office Life broadcast on 22 July at 13-45 on Radio 4. She highlights the life of the essayist Charles Lamb who joined the East India Company as a clerk in 1792 and remained there for 33 years. As he worked in the accountant's department, Lamb would have relied upon reference works such as David Booth's Tables of Simple Interest (London, 1818). 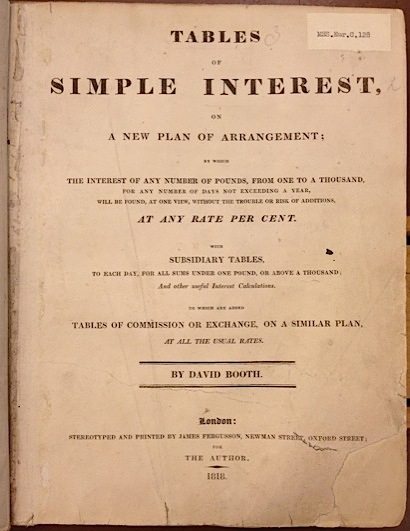 The book is filled with tables of interest practically from cover to cover. 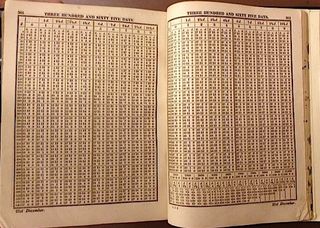 One day, this clearly got too much for Charles Lamb, and he diverted himself by writing spoof book reviews on the leaf facing the title page. The one pictured below, supposedly from the British Critic, August 1820, comments that 'The interest of this book, unlike the generality which we are doomed to peruse, rises to the end.'

The book evidently continued to be a vital reference work and received heavy use. In 1900 the Accountant General wrote a note exhorting his colleagues to 'handle it tenderly' because it included notes by Charles Lamb. Perhaps he hoped that he too would achieve a little immortality by having his own note in the book written in by Charles Lamb.