A salacious scandal often attracts avid interest, especially if it involves a ménage à trois and fraud.  Our story of the rise and demise of Sir Paul Jodrell in Madras during the late 18th century illustrates the importance of an individual’s reputation, and the impact which gossip and scandal could have on social and professional life at British settlements in India.

In 1780 George III recommended Sir Paul Jodrell as a physician to the Nawab of Arcot, a post which promised prestige, wealth and glamour. However shortly after Joddrell’s arrival in Madras, rumours were published in a number of Indian newspapers that Sir Paul was involved in a ménage à trois with his wife and a woman named Mrs Cummings. The scandal itself caused much gossip, being referred to in the diaries of William Hickey, and the Government of Madras responded to the rumours by forbidding Sir Paul and his wife from attending any of the public rooms in the settlement. Ostracised and with his moral reputation in tatters, Sir Paul sought legal redress, taking the editors of the Asiatic Mirror to court for libel and defamation of character. Although Sir Paul won 500 rupees in compensation, the damage had unfortunately already been done. 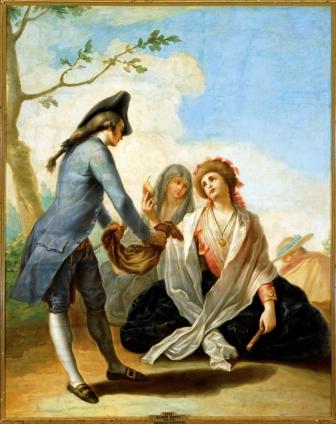 It seems that his employer the Nawab of Arcot used the scandal as an excuse to withhold payment of Sir Paul’s salary, citing “principles of morality” as his excuse. Lack of a regular income forced Sir Paul to take out loans which he was unable to repay, and by 1794 he was at serious risk of being imprisoned for debt. To avoid his creditors, Sir Paul approached the Nawab to be paid his salary and even asked for permission to return to England.  However his request to go home was refused and payment of the salary remained outstanding.

Turning instead to the British authorities, Sir Paul made numerous requests to the Governor of Madras for the East India Company’s Court of Directors in London to come to his aid as he was there at the recommendation of King George III. However the directors’ attempts to intervene and gain payment from the Nawab of Arcot all ended in failure and Sir Paul died at Madras in 1803, penniless without ever receiving his salary.