The Davisons of Northumberland and Bengal

Recent DNA analysis has revealed that Diana Princess of Wales had Indian ancestry through her mother’s line of descent from Eliza Kewark of Surat. This is not as unusual as the press coverage might suggest.  In eighteenth-century India, European men often had Indian wives or mistresses, and the children of these unions were generally openly acknowledged. 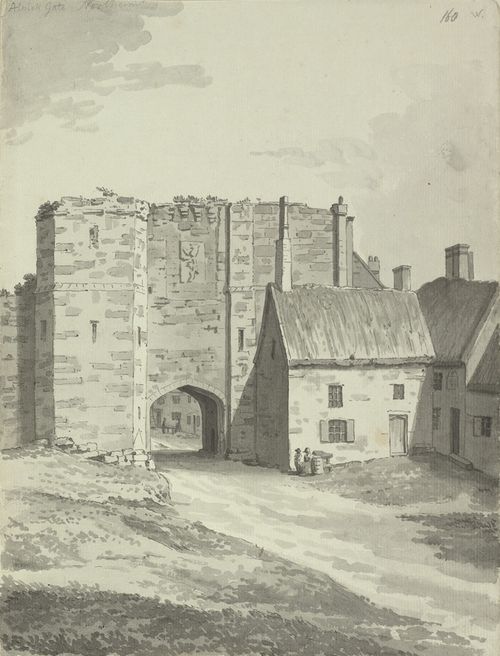 In the 1840s two young men journeyed from Northumberland to start a new life in India. William Edward Septimus Davison and his brother Charles Edward had been born in Alnwick, the sons of George Davison, a gunmaker ‘of high repute’ and his second wife Mary Anderson.  George had died in 1827 aged 44 leaving his widow to continue the business with the help of his foreman. William and Charles went to Bengal to work with their uncle Joseph Anderson who was a merchant. All three settled in Simla where they became members of the Himalayan Brotherhood Masonic Lodge. Joseph died aged 39 in June 1850, leaving a widow and children.

In August 1848 Charles married Sarah Seton Chisholm, daughter of the late George Wilding Chisholm, a successful Calcutta merchant, and his wife Sarah Knight (née Hay).  George Wilding Chisholm was the ‘natural’ or illegitimate son of merchant George Chisholm, a Scot from Leith who had arrived in Calcutta in 1774. George senior died in 1833 and his will included a bequest of 15,000 sicca rupees for his Indian housekeeper. Could his housekeeper have also been the mother of his son?

George Wilding Chisholm's wife Sarah Knight Hay was the daughter of Scottish trader John Hay, possibly from Tranent in East Lothian, who migrated to Bengal in the early 1780s. John Hay died at Madras in 1825, having been taken ill as he sailed from Calcutta on the ship Circassian on his way to Europe. His will is interesting. First he makes a bequest to his daughter Sarah Knight Chisholm, and then one to Soonah ‘my housekeeper and mother of my Children’. Provision was also made for Soonah’s adopted daughter Bebee Bunnoo. John then gives legacies to three more children whom he specifically describes as ‘natural’: Thomas William Henry Hay, George Chisholm Hay (the middle name suggests that the Hays and Chisholm families were friends), and Margaret Hay. Calculating from their ages given at death, Sarah was born in January 1786 and Thomas in December 1787. 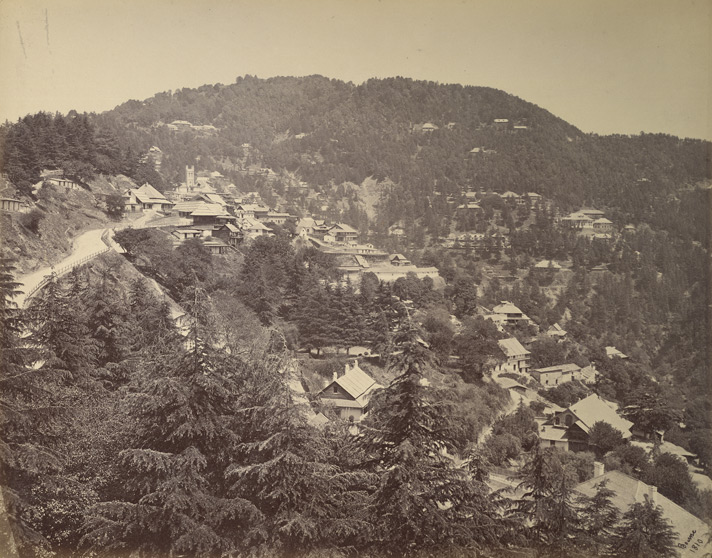 A general view of Simla, taken by Samuel Bourne in the 1860s     Online Gallery

In September 1849 William Davison married 18 year old Mary Emily Pym Mellar at Simla.  She was the daughter of soldier Henry Richardson and his wife Ann, and the widow of merchant William Mellar, whom she had married in June 1845 when just 13½ years of age. William Davison died at Simla in June 1854 aged only 33.

Charles and Sarah Davison left Madras for Southampton with their two children on the ship Hydaspes in January 1854. In September the Alnwick Mercury reported Charles’s donation of a Burmese idol to the local museum. Sarah died in April 1866, and Charles married Margaret Caisley from Morpeth in August 1868.  Suffragette Emily Wilding Davison was a child of this second marriage but her middle name came from the India-born father of Charles Davison’s first wife.

Posted by Margaret.Makepeace at 08:15:00 in Domestic life , Journeys , Work