Major General Claude Martin was a French adventurer, born in Lyon in 1735. He had the unusual distinction of having served in the French Army, before joining the East India Company’s Army, and eventually commanded the cavalry of the Nawab of Oudh. From humble origins, he had accumulated a vast fortune by the time of his death in 1800, a large portion of which he left in his will for charitable purposes, such as the relief of the poor of Lucknow and Calcutta.

Martin also left funds in his will for the founding of schools in Lucknow, Calcutta and Lyon, known as La Martiniere schools. Martin’s will was complex and inevitably involved much legal wrangling, not being finally settled by the Supreme Court of Calcutta until 1840, some 40 years after his death. The India Office Records holds several files relating to Martin’s will and his charitable bequests. 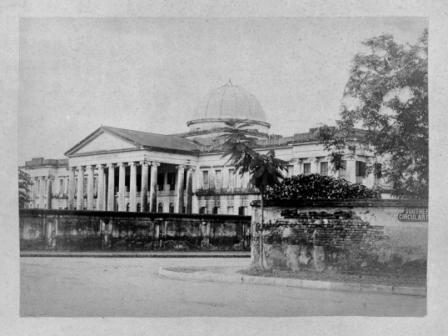 The rules and regulations of La Martiniere Schools in Calcutta founded in 1836, one for boys and another for girls, illustrate what educators of the day thought important for children to learn. It states that the education of the children must, as much as possible, focus on the primary design of the schools, “… that of qualifying them for obtaining honest means of livelihood on their leaving it.”

The curriculum sounds rather intimidating: boys were to be taught English, English grammar, writing, geography, history (particularly of Britain and British India), Hindustani, Bengali, mathematics, natural history and mechanical philosophy; while girls were to be taught the same, without mathematics and mechanical philosophy, and additionally needlework, knitting, straw-plaiting, and music.

Teaching was six days a week, with Saturday as half holidays. Regular holidays were 15 days at Easter and 15 days at Christmas. The anniversary of Claude Martin’s death was also deemed a holiday, with a public dinner for the boys and girls, where a toast was to be drunk to the memory of the schools founder, and a medal awarded to the most deserving boy and girl in each division of the school. The parents or guardians of the children were only permitted to visit them on alternate half holidays, and were not permitted on school grounds at any other time without the express permission of the school Secretary. 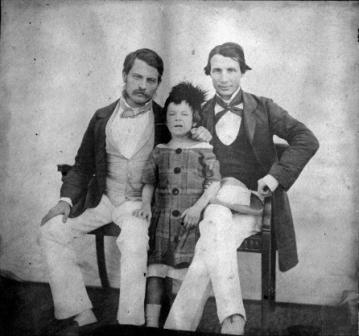 The children were fed well at the school. Breakfast consisted of bread, butter and tea; and supper was bread and milk. The main meal of the day followed a set weekly menu, of roast or boiled mutton, bread and vegetables Monday and Thursday; mutton curry, rice, bread and fruit Tuesday and Friday; roast beef, potatoes and rice pudding Wednesday and Sunday; and roast fowls, pulau and vegetables on Saturday.

Rules and Regulations of La Martiniere, founded in Calcutta, under the Will of Major General Claude Martin. With An Extract of the Will of the Testator, The Decree of the Supreme Court with regard to the same, And other Documents. (Calcutta, 1835) [British Library reference: 8365.c.2]

Posted by Margaret.Makepeace at 08:15:00 in Domestic life , Innovation , Money