Studying medieval manuscripts, one comes across some fascinating characters, particularly among the manuscript scholars and collectors of the nineteenth and early twentieth century.  While researching the provenance of a medieval calendar thought to be from East Anglia, I came across a festschrift for Alan Gradon Thomas (1911-1992), made up of short essays by his customers.  Each tells the story of a rare document, book or manuscript which they purchased from him during his long career as an antiquarian bookseller, both in Bournemouth and London. 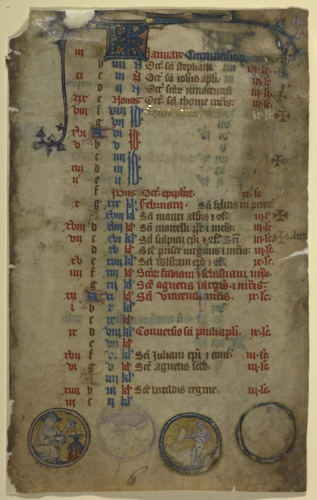 The foreword to the book is by Lawrence Durrell.  Naturally his sketch of Thomas’s character and career is a delight, not least for what it reveals about the quirky Durrell family and their book-collecting habits.  Lawrence describes his friend’s early book collection of four or five choice volumes ‘housed in a large suitcase under his bed’ and reveals that ‘he was going short of food in order to save money for this secret vice’.  Lawrence asked Alan to lunch and Mrs Durrell’s immediate reaction was, ‘That young man needs fattening up’.  She proceeded to do her best, but to no avail as he retained ‘the figure of an Elizabethan courtier’. 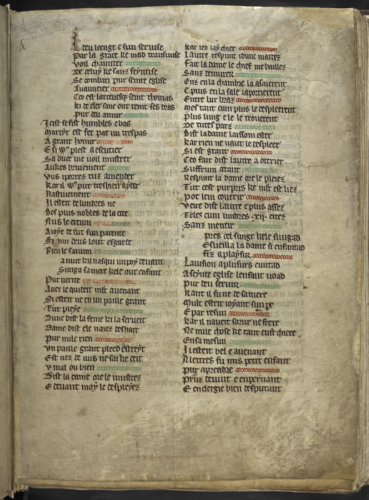 Another manuscript discussed in the festscrift: Add MS 59616 f. 12 The Customary of the Shrine of Thomas Becket, 1482.

Lawrence Durrell, with the help of Thomas, managed to build up a small library of Elizabethan texts, a collection of which he was justly proud.  However, while he was away on a trip to Greece, his brother Gerald came across the books and sold them off as a job lot, using the funds to build up his own collection of zoological books! Lawrence was justifiably annoyed, and the next time Gerald went away on an expedition, he promptly sold the ill-gotten zoological books.  But all ended well as, luckily, the buyer in each case was Alan Thomas, who ‘simply housed both collections until we returned to base, and after many an acrimonious discussion, sorted the matter out’.

Thomas developed a wide and faithful clientele among both major institutions and private collectors, combining scholarship and erudition with a wry sense of humour. Christopher De Hamel tells how as a schoolboy with £5 to spend, he wrote to various booksellers saying that he would like to purchase fragments of medieval manuscripts. Naturally, he received some rather dismissive replies, but Alan Thomas sent a ‘friendly letter of advice’, with extracts from some of his catalogues and notes about leaves he had for sale at around £5.

The affection and admiration of Alan Thomas’s colleagues comes across again and again in their tributes. He had a ‘huge appetite for life and experience’ and conducted his business as a true gentleman.  In the words of Lawrence Durrell: ‘Money and honours mean little to him; he uses them to further his quest for more life. And it is this life-giving quality that makes him treasured by his friends’.  One of Thomas’s last acts before his death in 1992 was to donate his Lawrence Durrell archive to the British Library.

Christopher de Hamel and Richard A. Linenthal (eds), Books and Manuscripts acquired from Alan G. Thomas and described by his customers on the occasion of his seventieth birthday (Leamington Spa: James Hall, 1981)