Italian Prisoners of War and Internees in India

You may be surprised to learn that there are documents about Italians in the India Office Records.  Family, military, and social historians will find much of interest in the records of Italian prisoners and internees held in India during the Second World War.

A two-volume alphabetical list of Italian prisoners of war can be found in the India Office Military Department files, compiled from card indexes and nominal rolls prepared in the camps on or about 24 March 1942.  It was an attempt to combine into a single register the names of all Italian prisoners of war other than merchant seamen who were held in India on that date, or who had previously died in India.

On each page the entries are listed by surname, first name, rank, “M. E. number”, corps, and camp number.  The figures in the last column denote the number of the camp in which the prisoner is held.  Where there is more than one figure, the first shows his location on 24 March 1942, and the last represents the latest information which could be included in the list.  Owing to extensive transfers, this is not always up to date. The information following on from the camp numbers, e.g.  R.28.4.45, indicates the man's release date. 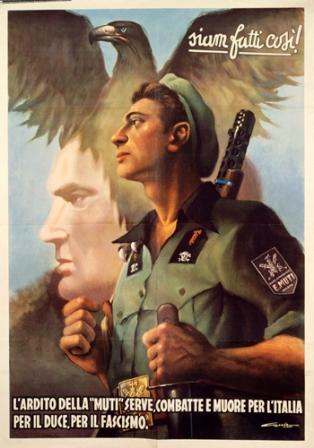 Another useful file from the Public and Judicial Department of the India Office Records is entitled  'Internees: release and repatriation of Italian and other foreign internees in India'.  This has detailed information of Italian internees including names, addresses, occupations, and next of kin, covering the period September 1943 - July 1948.  These files are a boon for those trying to trace their Italian heritage.  I used them in a presentation given to the Anglo-Italian Family History Society in autumn 2012.

IOR/L/PJ/8/35 Internees: release and repatriation of Italian and other foreign internees in India 1943-1948

Please send an email to apac-enquiries@bl.uk and we'll do our best to help.

Hi, my great grandfather was an Italian prisoner of war in India for 7 years. Does anyone know how I can find out more information? I am really interested in his journey. Thanks

My grandparents spoke of a Italian pow camp in a place called Palawi in ceylon. My grandfather was the railway station master during that time. They spoke of the Italian prisoners being allowed to visit their home, etc

My father was captured in North Africa he never told about the camp in Ceylon where he lived during all the WW II I don't know the name, I'm taking a trip in Sri Lanka and I would like to visit it. Somebody can help me to know the name? thank you.

Rosangela - Please send your contact details to apac-enquiries@bl.uk and we'll see if we can help.

Help!!
I am searching for documentation, photographs or any files relating to my grandfather Rosario Crispino. He was capture January 21st 1941 in Libya and sent to India until he was sent on to Australia in 1944. Can someone assist with accessing any information from:
IOR/L/MIL/5/1069 Italian POWs surnames A - I IOR/L/MIL/5/1070 Italian POWs surnames J - ZIOR/L/PJ/8/35 Internees: release and repatriation of Italian and other foreign internees in India 1943-1948 - See more at: http://britishlibrary.typepad.co.uk/untoldlives/2013/10/italian-prisoners-of-war-and-internees-in-india.html#sthash.LUwkHxe6.dpuf
which may hold some record of his place of internment India?
Rosangela Crispino

The records aren’t available online but please send your grandfather’s name to apac-enquiries@bl.uk for further advice.

My grandfather was an Italian POW in India in WW II and I am taking a trip to India soon and would like to visit the site of the camp at which he was held. But he never told us which one it was. Is there any way to see the records mentioned here on line or without visiting the library? I won't be in England prior to visiting India.