“Is this my best side?” – George VI on Indian Banknotes

In 1936 the United Kingdom had three different monarchs.  King George V died on 20 January 1936, and his oldest son, Edward VIII, succeeded him.  But Edward abdicated on 11 December of that same year, and his younger brother, George, ascended the throne.  George VI (r.1936-1952) became the last British monarch to be Emperor of India.

The unexpected and rapid chain of events raised many questions regarding the design of India’s banknotes.  When a new monarch came to power, he or she would traditionally be shown in profile, facing the opposite direction from the previous monarch.  On India’s colonial currency, George V had faced left. 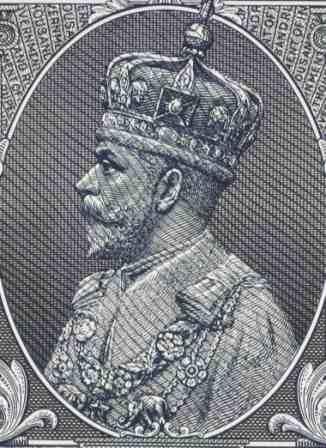 Portrait of Emperor George V of India on a specimen bank note. (F5064)

The next king, Edward VIII, should have faced right, but there hadn’t been time to issue Indian banknotes with his portrait.  Should his brother, and successor, George VI, face left or right?  Both designs were considered, as can be seen in these photo montages of George VI’s face, pasted over the print design for George V’s portrait. 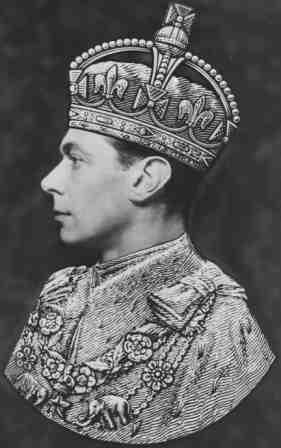 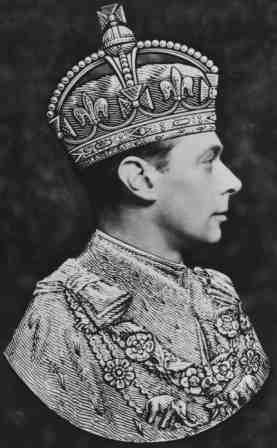 Another suggestion was to not bother showing George VI in profile at all.  Instead, he could be shown staring straight out of the banknote. 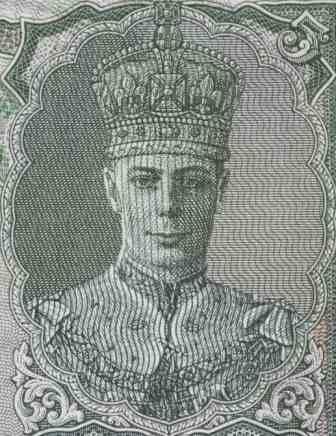 In 1944, some notes with this frontal portrait were printed.  Another proposed design, which was a further departure from tradition, was a frontal portrait of George VI without the ceremonial crown and collar worn by the Emperor of India.  This portrait was never used. 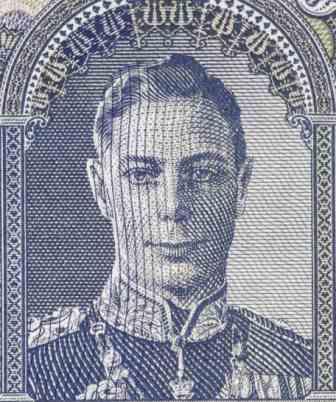 Frontal portrait of Emperor George VI of India without his crown. Detail from a specimen bank note that was never issued. (F5119)

In 1938, the most conservative, predictable portrait of George VI was used, showing him facing left, wearing full ceremonial gear, just like his father, George V.  Most Indian banknotes during the final years of colonial rule showed this portrait.  Some of the bank note portraits also showed him seated inside a stylised window, just like a Mughal Emperor. Posted by Margaret.Makepeace at 08:15:00 in Arts and crafts , Politics

It seems that the Frontal Portrait of Emperor George VI of India without his crown was never used for Indian banknotes but used in Ceylon notes of 1941 (P33).