Katie MacIntyre was a fashionable middle class lady of the eighteenth century, and one who was excited by the goods imported from India and China by the East India Company.  These consumer products comprised fine silks, tea of several types, coffee, spices, silks, cottons, muslins and fine porcelain, all expensive items highly prized for personal and domestic use.  Katie was able to secure these luxury wares from her husband John who was in the service of the East India Company.  Letters written to Katie between 1776 and 1777 certainly indicate that he was able to send her a great quantity and variety.  As a merchant John would have been permitted to purchase a certain amount of goods for his own purposes. 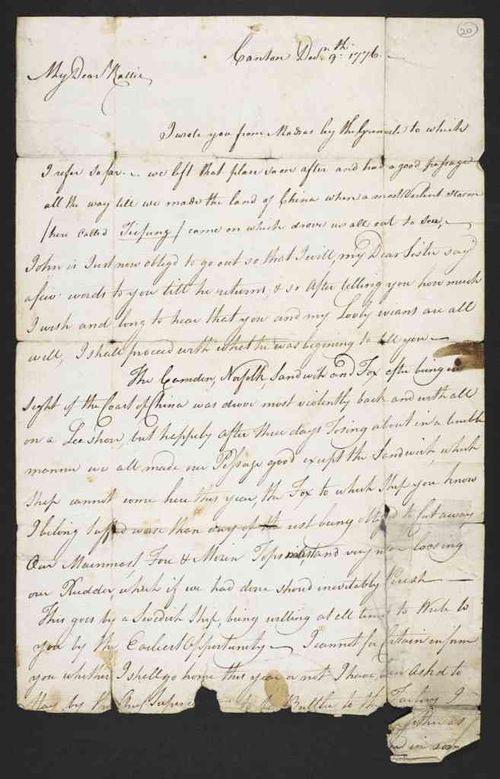 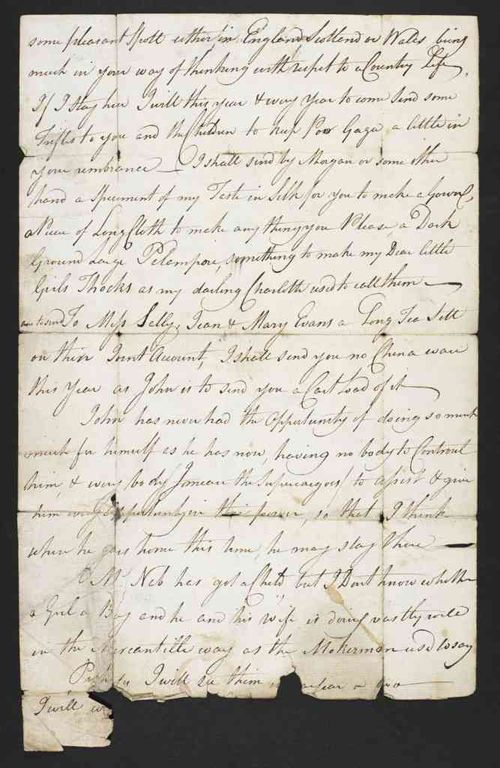 A letter of 1776 addressed to Katie when she was living in Pimlico, London, refers to the 'cart load of china' John will send.   Chinese blue and white porcelain, or ’China’ ware, was especially prized for its thin, transparent, eggshell like quality and for its delicate hand painted decorations that represented traditional scenes of Chinese everyday life, interpreted for the export trade.  If Katie had a cart load of porcelain, her collection is likely to have included pieces of varying qualities, suitable for both everyday and special use. 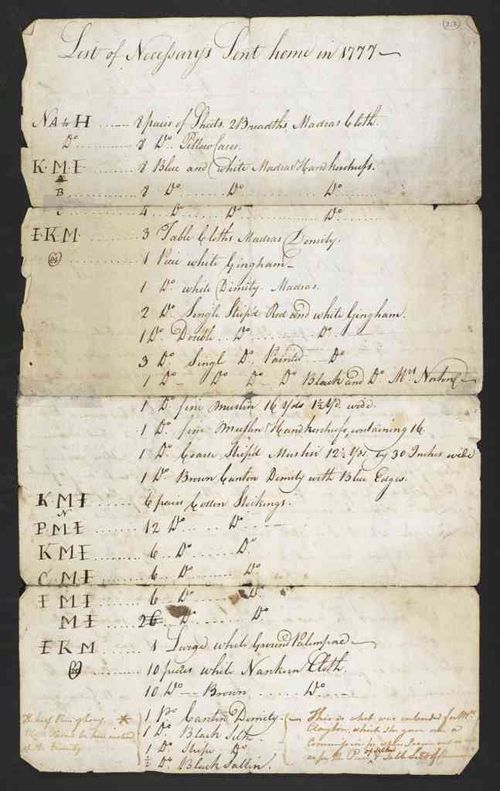 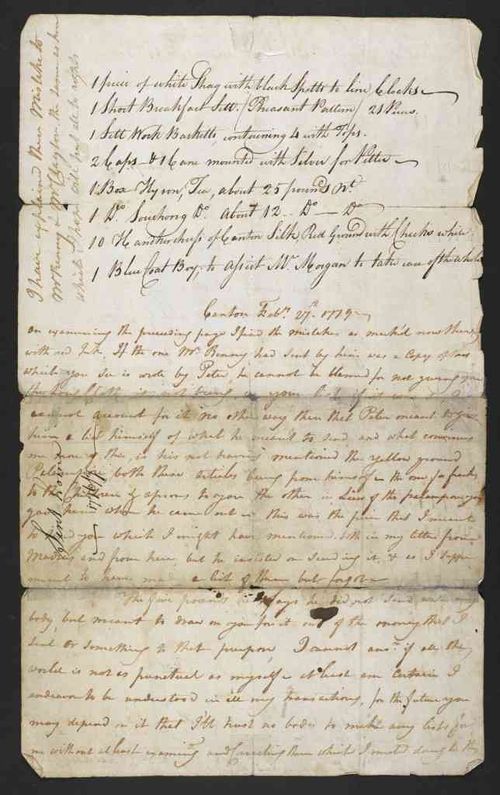 In a letter written the following year, John made a shopping list of the ‘necessarys’ Katie had requested.  He carefully noted the quantities and different types of Chinese tea – Hyson (a green tea with a particularly pleasant aroma and colour) and Souchong (a black tea with a much stronger, smoky flavour and aroma) – along with the silks, cottons, gingham, Madras and Nankin (or Nankeen) cloth, he sent home.  The initials along the left hand side indicate which member of the MacIntyre family these gifts were intended for.

Such expensive imports could indeed be necessary luxuries for the upper and wealthy middle classes who desired them all the more for the sense of exotic style they evoked.  However technological progress during the eighteenth century allowed British manufacturers to produce goods in greater quantities than before and, inspired by imported products, they were able to create consumer wares of equal style and luxury that were much more affordable to a larger section of the population.

Georgian Britain - discover prints, drawings, documents and articles which delve into the lives of the Georgians.