An Englishman in Rome

A letter in the India Office Private Papers from Colonel Henry Brabazon Urmston written from Rome in 1875 to his sister Lizzy in England caught my attention.  What would be the Englishman’s impression of Italy in the 19th century after having lived 20 years in India?   How would 19th century tourists differ from us today? 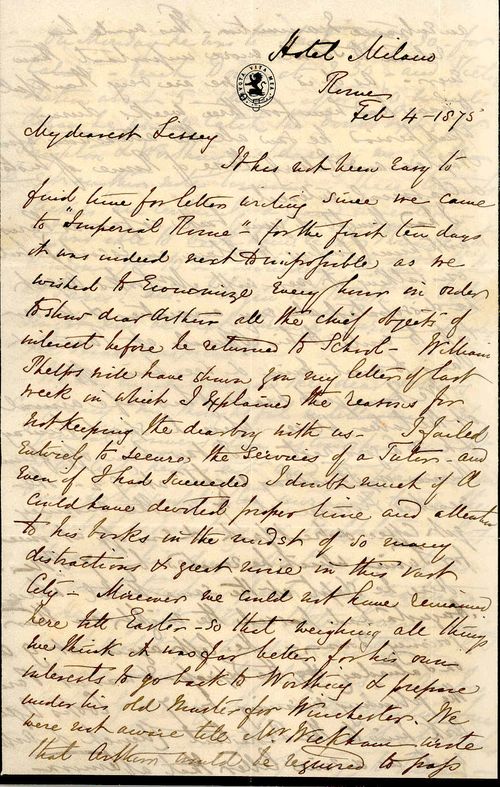 The first thing I noticed is that he booked his holidays through Mr Thomas Cook’s agency – the founding father of today’s tourist industry.  A packaged holiday from Rome, through Florence, Turin, Paris, Calais, Dover to London Victoria Station including hotel bills cost £10 with the accompaniment of a well-versed tourist guide.  ‘These tourist tickets are certainly a grand invention’, he comments.

A large part of his letter describes his impression of the Eternal City as he explores ‘its many wonders’ with his family in tow.  As a classically educated Englishman, it is not surprising that he finds ‘ancient’ interests him much more than the ‘modern.’  After he gave a fascinating report of their tour of the ancient Christian burials sites in the underground cemeteries, he moved on to a modern scene on the streets of Rome:

“… Just now the Carnival is going on and half Rome seems gone mad.  I never beheld such folly in my life – grown up men and women dressing up like children in every kind of absurd costume and parading through the streets in hideous masks.  The main street (the Corso) is impossible for quiet respectable people, as every balcony is filled with people whose sole amusement is to throw flower and white pellets at the passers by.  You cannot even cross it without a shower of these things on your face, and if you happen to look up your eyes might be plucked out, or choked with white powder.  It is difficult to guess what amusements these can be, but these silly people are so wholly given up to it that the whole town keeps holiday and shops are closed after 12 (noon).  … It gives great annoyance to many, who like ourselves, desire to see Rome quietly and soberly, and it ought to be put down by authority….” 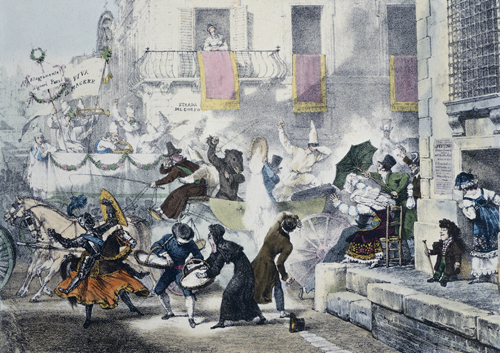 Despite the annoyance of the carnival, the Urmston family were still eager to meet some ‘celebrities’ of the day – they waited patiently at the kings palace gates ‘to get a good view of the lovely Princess Marguerite who is as great a favourite with the Italians as the Princess of Wales is with the English.’   Another ‘celebrity’ of 1870s is Giuseppe Garibaldi, the revolutionary hero of the unification of Italy.  Unfortunately, the Urmston family missed the chance of meeting this great man owing to his ill health.

I think that the recipient of this letter was Lt. Col Urmston's unmarried daughter Elizabeth Isabel not "his sister."

Posted by Margaret.Makepeace at 2:40 PM