What do Clive of India, Napoleon, George Orwell,  and Vivien Leigh have in common? You can find them all in the contemporary copies of registers of baptism, marriage and burial records held by the India Office Records.

The contents of these registers and other records chronicling the lives of Europeans living in areas under British influence can now be explored online. The British Library and Findmypast have announced the publication of 2.5 million records stretching from 1698 to the 1960s. As well as baptisms, marriages and burials, there are civil, military and marine pensions, wills, East India Company cadet papers, applications for the civil service, and other employment documents. Individuals from all walks of life are included together with their families: soldiers, civil servants, medical practitioners, merchants, planters, missionaries, and mariners.

To mark the launch of this new online resource, John Chignoli tells us about the history of the baptism, marriage and burial registers and explains their contents.

Copies of registers were sent to London for the information of the East India Company and the India Office. The practice was begun by the chaplains of the Company's principal settlements and became a regular feature of the British administration in India. The returns relate almost entirely to European and Eurasian Christians, with a few local converts. They give fascinating insights into family life in India, including the devastating effects of high mortality rates. 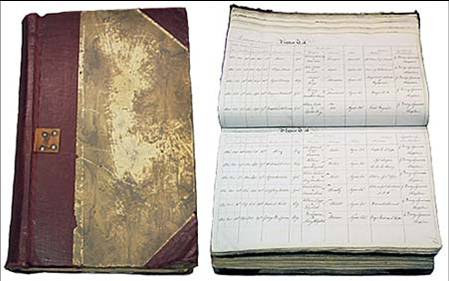 We estimate that the returns cover about 70-75% of the baptisms, marriages and burials which took place. For events not found in the India Office Records, it is sometimes possible to obtain copy entries by writing to the church where the ceremony took place or to the Registrar General of the area in India, Pakistan, Bangladesh or Burma.

Typically the following types of information are included in the registers:

Church Marriages: names of the bride and groom, their ages (sometimes the words "full age" appear meaning over 21, or ‘minor’ meaning under 21), places of residence, their fathers' names (from c1850 onwards), witnesses' names, name of the officiating priest.

Burials: name of the deceased, date of death, age, occupation, cause of death (from c1850 onwards), date and place of burial, the officiating minister, sometimes the rite under which burial was performed.

As well as church records, there are also some records of civil registration.

Births:  Registration of births was not compulsory in India and so the majority of returns for children born in India are baptisms giving the date of birth. Very few birth registrations are entered in the records and they do not generally appear until the 1920s.  Entries show date and place of birth, the child's name, the parents' names and their nationality and religion, the father's occupation, and the date of registration.

Registrar Marriages: these sometimes show the nationality of the bride and groom in addition to their names, ages, and the names of the fathers and witnesses. 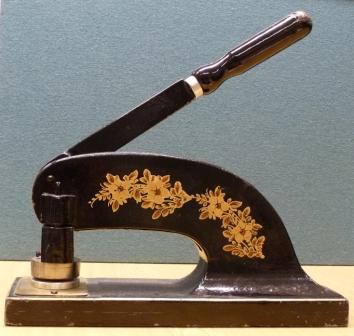 Machine which embosses the seal on certificates issued

We are authorised to issue certified copies of entries in the records, that is, official copies under the seal of the Foreign and Commonwealth Office.

Interested in looking for your family?  Learn more about sources at the British Library.

Posted by Margaret.Makepeace at 09:00:00 in Domestic life , Journeys , Religion