Piracy and Plunder off the Oman Coast

On 19 May 1852, 47 destitute and desperate seamen turned up at the British Government’s Political Agency in Muscat in Oman, having been shipwrecked 120 miles off the coast two weeks previously. 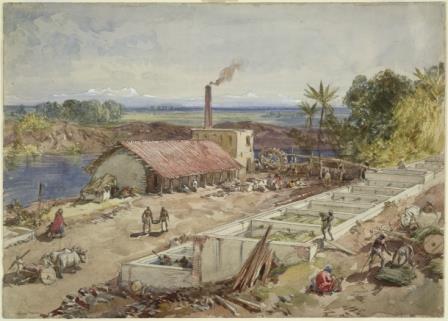 The story that the seamen had to tell was a not unfamiliar one to British officials based in ports around the Arabian peninsula in the 19th century – that of shipwreck and then plunder at the hands of the native seafaring tribes. In this particular instance the unfortunate sailors, who had been carrying over 1,600 casks of valuable indigo from Calcutta to Basra on the British merchant ship Centaur, ran aground in thick fog at night. Captain Salmon, the Centaur’s first officer, later recounted that when dawn broke, he and his crew found themselves at the mercy of the notorious Bani Boo Ali tribe of Arabia, with whom the British had had a number of clashes, sometimes bloody, since the 1820s. 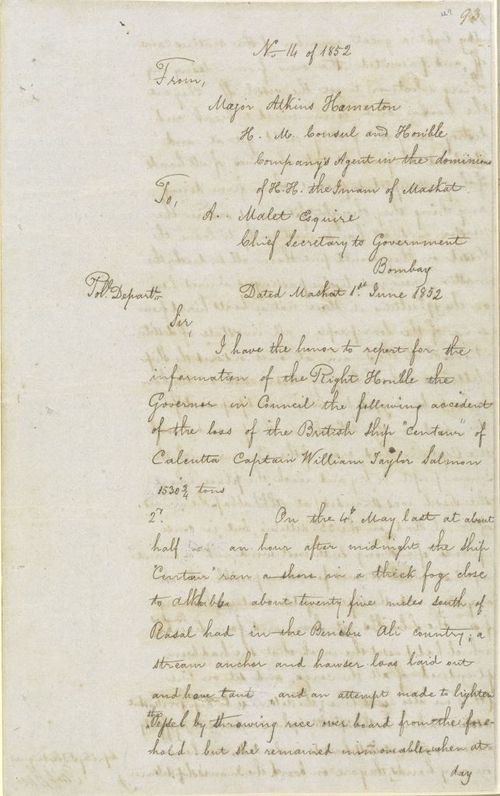 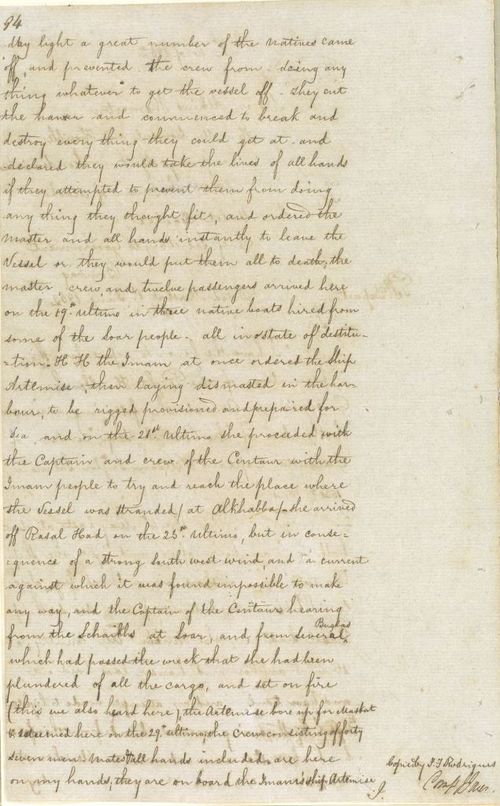 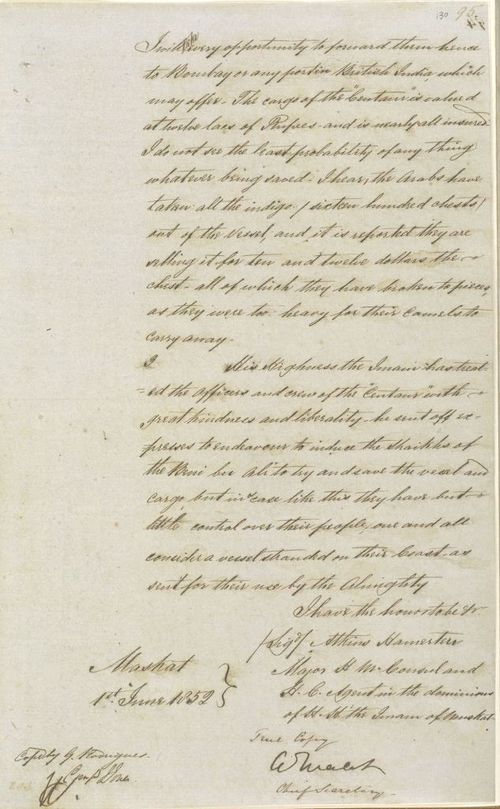 IOR/R/15/1/130, ff 129-30 - Letter from Major Atkins Hamerton, Her Majesty's Consul and Honourable Company’s Agent in the Dominions of His Highness the Imam of Muscat, to Arthur Malet, Chief Secretary to the Government Bombay, 1 June 1852

Unsurprisingly then, Salmon and his crew thought it prudent not to resist the tribesmen that had sailed out to meet them. For their part, the Bani Boo Ali allowed the crew to leave the ship with their lives, provided they left their precious cargo behind. Two weeks later, when news of the Centaur’s plunder reached Muscat, British officials despatched a naval patrol to ascertain the shipwrecked vessel’s fate. All they found were the vessel’s charred remains, which had been completely stripped of its cargo and fittings.

The loss of 1,600 casks of indigo was a huge loss to British traders in India and the Middle East. With a value of nearly £11 million in present-day terms, the Centaur’s cargo of indigo represented an entire season’s supply for the Persian Gulf.

Posted by Margaret.Makepeace at 09:00:00 in Commerce , Conflict , Crime , Journeys , Qatar