The British Library has joined the Transcribe Bentham initiative, and needs your help to uncover the secret life of Jeremy Bentham, philosopher, reformer, and Georgian gentleman.  Transcribe Bentham, an online scholarly crowdsourcing project, invites members of the public to explore and transcribe the manuscripts of Jeremy Bentham.  Since its launch in 2010, Transcribe Bentham’s online volunteers have made important discoveries in UCL’s collection of digitised Bentham manuscripts, for instance in relation to his most famous invention—the Panopticon prison.

The British Library is digitising its own collection of Bentham papers and these are now being made available on Transcribe Bentham to complement UCL’s own on-going digitisation programme, virtually reuniting the two Bentham collections for the first time since Bentham’s death.  Volunteers do not need any specialist equipment or expert knowledge to begin participating—just a willingness to get to grips with 18th and 19th century handwriting and to type what they read into a text box using a specially-adapted transcription toolbar. 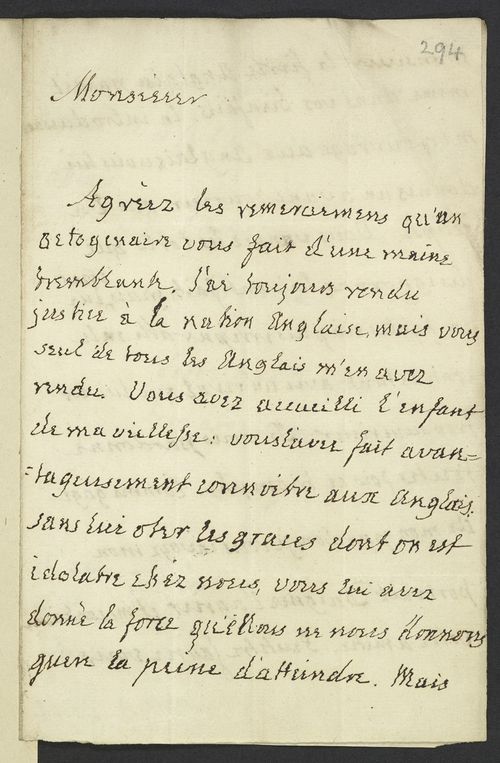 Whilst the UCL collection contains mainly philosophical writings, in the British Library collection there is potential to uncover Bentham’s more personal side, as it contains thousands of letters.  Bentham was described by Jose del Valle, the Guatemalan politician, as the ‘Legislator of the world’ and such a title is certainly justified by the sheer number of nationally and internationally important figures with whom he corresponded.  Within the British Library’s collection are letters from the French general Lafayette, the English abolitionist William Wilberforce, and Alexander I, Emperor of Russia.  But the collection also contains a great deal of personal correspondence, and volunteers will encounter Jeremy’s extended family: his mother, Alicia; his step-mother, Sarah; his brother, Samuel, the renowned naval architect; his step-brother Charles Abbot, later 1st Baron Colchester, Speaker of the House of Commons; his nephew George, the famous botanist; and the patriarch of the family, Jeremiah Bentham.  There is even a letter from Jeremiah to Jeremy’s headmaster at Westminster School, complaining about the alleged plundering of his son’s book case by some older ‘lads’. Because some of this correspondence has not been read since its original composition, discoveries made by volunteers have the potential to fundamentally shape and illuminate our understanding of Bentham’s life and relationships (the definitive biography of Bentham still remains unwritten).  Once completed, transcripts are presented alongside the original manuscript image in a digital repository, freely accessible to anyone interested in researching Bentham.  In addition, any volunteers who produce transcripts that are subsequently used in the new edition of Bentham’s Collected Works, currently being prepared by the Bentham Project at UCL and published by Oxford University Press, will receive full credit for their contribution in the particular volume’s acknowledgements.

Philip Schofield, Bentham: A Guide for the Perplexed (London: Continuum, 2009)