Tall, handsome and charming, Richard Meinertzhagen (1878-1967) was a well-known face of the British establishment.  As a war hero and ornithologist, he was befriended and trusted by many prominent figures such as Winston Churchill and T. E. Lawrence.  His role in historical events was even featured in films, including A Dangerous man: Lawrence after Arabia and The young Indiana Jones Chronicles.

But after his death this glowing image of Meinertzhagen as a British ‘hero’ was shattered when a number of frauds were discovered.  Amongst the bird collections that he donated to the Zoological Museum in Tring were many specimens stolen from the Natural History Museum. Prompted by this ornithological forgery, historians began to question the authenticity of his political persona. Brian Garfield’s book exposed Meinertzhagen as a ‘Colossal Fraud’, a liar, a charlatan, and possibly a murderer. 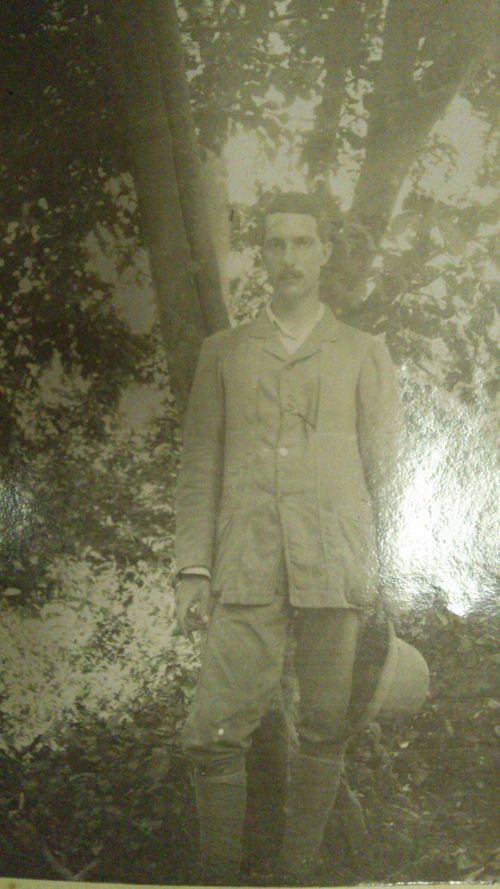 How many of Meinertzhagen’s picaresque adventures were real and how many were pure inventions?  His private letters to his ex-colleague Colonel F M Bailey (1882-1967) in the India Office Private Papers offer us a glimpse of another side of his personality.

Meinertzahagen was supposedly a non-Jewish Zionist and a staunch advocate of the Jewish state of Israel.  He showed unusual sympathy for the plight of the Jews since the Palestinian Mandate in 1919 to the outbreak of the Second World War.  According to his Middle East Diary, Meinertzhagen claims he conducted three interviews with Adolf Hitler in the 1930s.  In a letter to Colonel Bailey dated 30 July 1933, he writes ‘I am now just off to see Hitler and Goering first as an ambassador from the British Jews to try and get Hitler to hold his hand’.  However, Garfield declares that these alleged interviews cannot be corroborated by any of the official records either in Britain or in Germany.

Was Meinertzhagen a true cynic who did not have any serious conviction one way or the other?  A letter to Bailey written on 24 September 1937 contains the remark: ‘…Fascism, Hitlerism, Bolshevism, Zionism and all the other –isms flourish.  Some day they will become –wasms and then the world will sleep again’. At other times Meinertzhagen expressed extreme right-wing political views.  In one of his letters of 1931, he claims he was ‘no believer in democracy, with the uneducated scum on top!’

In a letter dated 19 July 1953, Meinertzhagen gave the reasons why he refused a knighthood: ‘If I had accepted, I should have found it difficult to explain without divulging the work on which I had been engaged’.  So what particular “work” was he afraid to divulge? Could this be interpreted as a semi-confession that some of his ‘work’ in the past did not merit an honour from Her Majesty?

There is one particularly interesting piece of advice which Meinertzhagen gave to his friend in a letter of 27 January 1940 – Bailey should commission a ghost writer to spice up his memoirs to whet the appetite of the general public. Was his own Middle East Diary spiced up by a ghost writer?

Posted by Margaret.Makepeace at 09:00:00 in Crime , Politics , Science and environment , War

Sorry to comment so many months after publication, however, after reading Brian Garfield's book, I'm quite convinced that the answer to the question in the title is "scoundrel". And an extremely colourful one at that. What is missing from this great account - with the charming pictures I have never seen before - is the scope of his Ornithological fraud. More about it here: http://www.booknoise.net/johnseabrook/stories/culture/birds/044_Seabrook_Ornithologist.pdf

He deserves another movie based on his character, this time also based on well researched facts. Its really hair raising.