On 28 March 1854 the Persian Gulf Resident, Captain Arnold Kemball, wrote to the Government of Bombay, reporting that a coal shoveller on the East India Company’s steam frigate Akbar, moored at the Persian port of Bushire, had deserted his post. Kemball explained that the man was a runaway slave who had formerly lived in Bushire. Initially assumed to have been re-enslaved by his master, later reports confirmed that the man had in fact returned to his wife and child, who he had been compelled to leave behind in his search for freedom. Kemball requested guidance from the Government. Could he allow the man to be re-enslaved by his old master in Bushire? Or did the man remain under British protection? 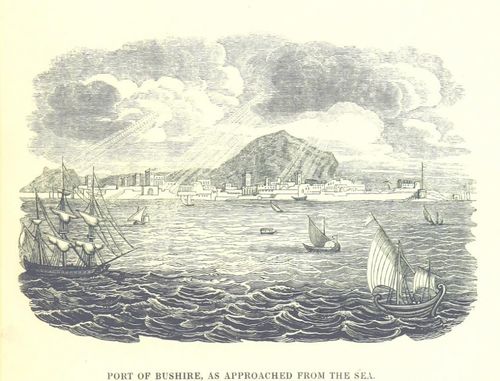 From Travels in Assyria, Media, and Persia (British Library T 8304)

The case of the coal trimmer on the Akbar was not unique to Indian naval vessels. Slaves and manumitted slaves frequently made up the bulk of the crews employed on these ships. In his reply to Kemball’s query, the Governor at Bombay said that, according to the Akbar’s own commander, Lieutenant Balfour, European sailors in his crew numbered no more than twenty-two men, while ‘Seedees’ [Sidis: the name frequently used to describe the Africans in the Navy’s service] – most of whom were runaway slaves – numbered fifty. “I am assured,” the Governor wrote “ that the majority of our seamen on board our steamers are at this very time Africans and that the greater of their numbers are fugitive slaves.” 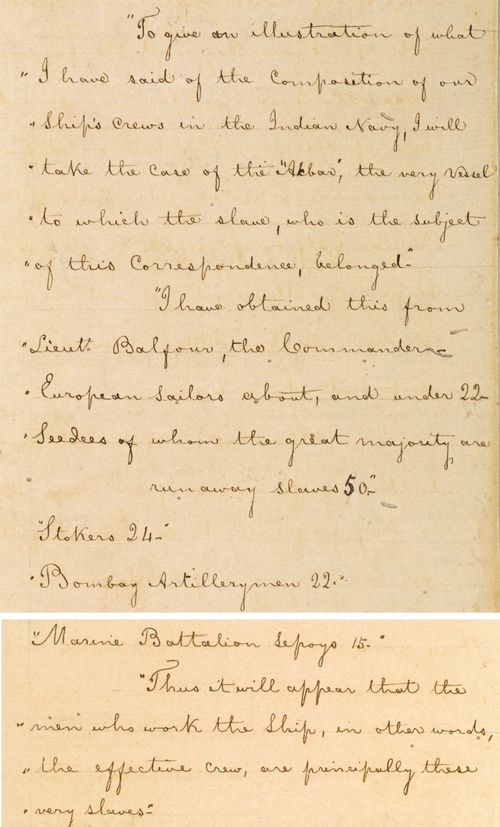 These statistics underline one aspect of the legacy of the Indian Ocean slave trade which was, arguably, at its peak during the mid-nineteenth century: itinerant African men, who had been taken from the place of their ancestral roots and frequently shorn of their familial ties, and who subsequently used Indian naval vessels as a means of absconding from their masters in order to obtain their freedom. This helped make the ports of the Gulf and north western shores of the Indian Ocean important tarrying points populated by a diverse mix peoples:  including Africans, Indians, Arabs, and Persians.

Posted by Margaret.Makepeace at 09:00:00 in Journeys , Qatar , Slavery