‘Private letters are like gold-dust’, I was told when my family donated to the British Library a small collection of letters and printed documents belonging to my great-uncle by marriage, Sir Thomas Jewell Bennett (1852-1925).  As editor and principal proprietor of The Times of India, 1894-1901, he modernised and expanded the business until it would come to be regarded as the leading newspaper in Asia. 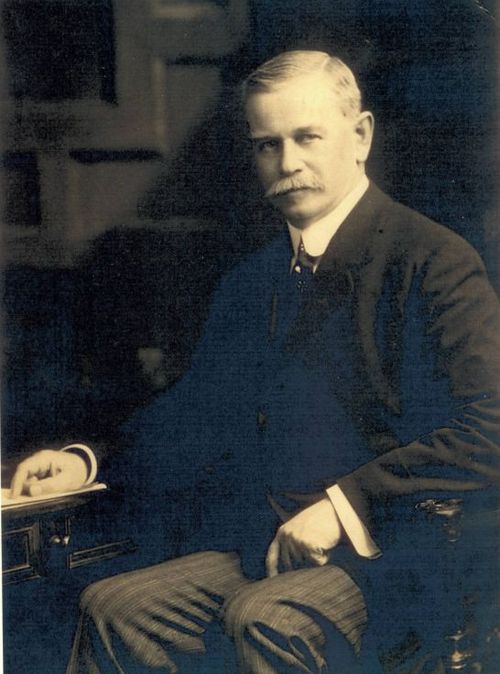 Thomas Jewell Bennett -courtesy of Pat Farrington and her family

All dated 1897, eleven private letters from government officials and others offer a fascinating ‘behind the scenes’ glimpse into the new spirit of popular resistance to British rule led by the Hindu nationalist, Bal Gangadhar Tilak, known as ‘the Father of Indian Unrest’.  The writers variously praise Thomas Bennett, test his reactions, offer advice, pressure him to toe the government line, criticise the Viceroy or even ask for help. Clearly, The Times of India was a force to be reckoned with.

The letters cover a range of issues such as the Poona Tragedy, the Maradabad sedition appeal, the prosecution of Tilak for sedition and an unexpected letter from Arthur Strachey, the judge in the second Tilak trial, appearing to justify his verdict. Some of the writers are very frank, seemingly based on the assumption the editor would not break their trust.

I was surprised to discover that my great-uncle had ‘forced the Bombay Government to prosecute Tilak for his inflammatory articles’ (The Times obituary, 1925), but he was known to be a cautious man and probably afraid of mass uprisings.  It goes on to say that he worked steadfastly for Indian advancement.

Thomas Bennett was clearly an important opinion-former.  As a newspaper man who had left school at the age of 14 (the son of a solicitor’s clerk), he took an independent stance, speaking ‘truth to power’ when he could. The Oxford National Dictionary of Biography says: ‘His support for the Raj was discriminating... He wrote largely on Indian topics and championed Indian grievances with regularity and compassion’.

In 1901, when he left India, he was presented with an address of thanks by 3,000 agricultural workers in Gujarat for bringing their grievances before the government during the famines they suffered in the late 1890s. 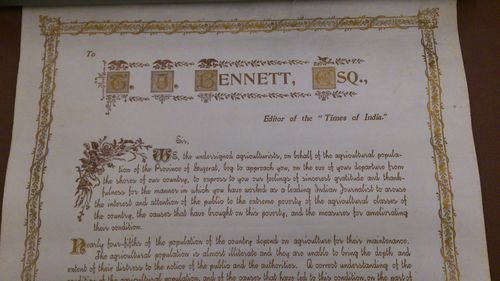 After his return to Britain, Thomas Bennett became a Unionist MP for Sevenoaks, 1918-1923, speaking mainly on Indian affairs.  He was an active member of the Joint Select Committee which framed the Government of India Bill (1919) to expand participation of Indians in the government of India.  According to the ODNB, he was a vehement critic of racism in the Empire.  He made a spirited speech in the Commons in July 1920 on the report about the unrest in India in 1919 which included the massacre of unarmed civilians at Amritsar. Thomas Bennett was knighted in 1921 for public services.

Outside Parliament, my great-uncle continued to work on Indian issues, often through contributions to The Times.  The documents show he had a small but influential outsider role in supporting Indian political development. However, he is an ‘unsung hero’.

Posted by Margaret.Makepeace at 10:15:00 in Conflict , Journeys , Politics , Reform

Posted by Margaret.Makepeace at 10:15 AM