‘The Jewish State of Eastern Arabia’

In September 1917, Lord Francis Bertie, British Ambassador to France, received an unusual proposal from Dr M L Rothstein, a Paris-based Russian Jew.   Bertie explained to the Foreign Secretary, Arthur James Balfour, that Rothstein proposed the Entente Powers should equip and organise an army ‘for the conquest of the Turkish province of El Hassa [Hasa]’, an oasis region on the east coast of modern-day Saudi Arabia, for the ‘creation of a Jewish State on the Persian Gulf’. 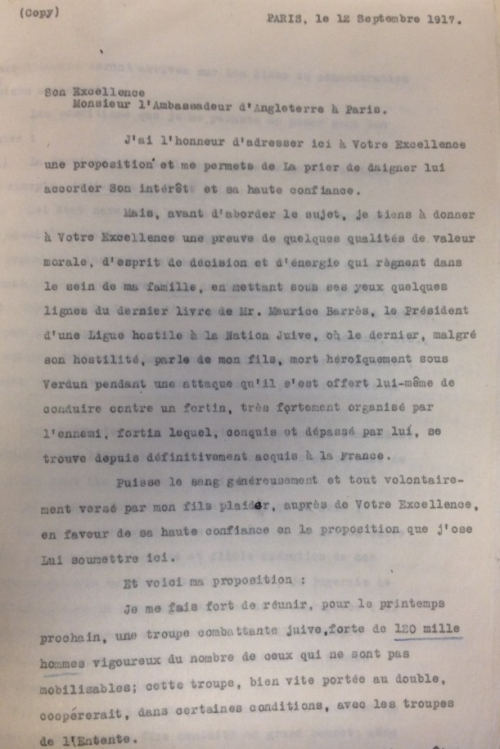 Rothstein sets out his proposal thus: ‘I undertake to assemble, for next spring, a Jewish fighting troop, a force of 120,000 strong men’ which would double ‘in cooperation… with the troops of the Entente’.  At first glance, he admits, his plan ‘may appear unrealistic’, but this would cease ‘as soon as the first thousand men have arrived on the scene’.

The troops would gather at Bahrain and, as soon they reached 30,000, a ‘coup de main’ (swift attack) would ensue, taking the ‘Turkish province of Al Hassa, near the Persian Gulf’, which ‘will become a Jewish State (un État juif)’.  He predicts an ensuing ‘state of war’ with Turkey due to the invasion.  Therefore, ‘the Jewish troops will immediately enter into a campaign… until the final victory of the Entente or until their destruction’. 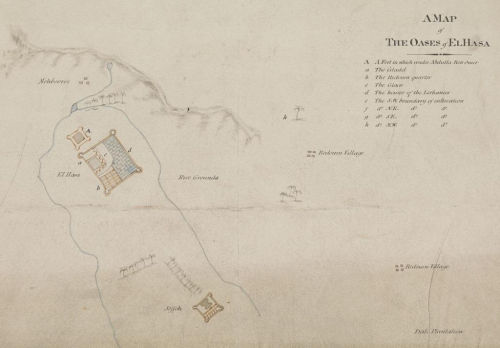 Besides his self-description as a ‘Russian medical doctor’ and a 1938 description by Juda Tchernoff, little is known about Rothstein.  He prefaces his proposal with his family’s ‘moral qualities’ and refers to Maurice Barrès who cites Rothstein’s son, Amédée, a young Russian Zionist, in his book Les Diverses familles spirituelles de la France.  Although Barrès was a famous anti-Dreyfusard and popularised French nationalism, he considered Amédée as exemplifying Jewish loyalty to France due to his patriotic death at the Battle of Verdun in 1916.

The British rejected Rothstein’s plan outright, dismissing it as ‘wholly inappropriate’.  Balfour’s private secretary wrote to Bertie on 3 October 1917 requesting that he reply to Rothstein, informing him that the British government could not give effect to his proposal. 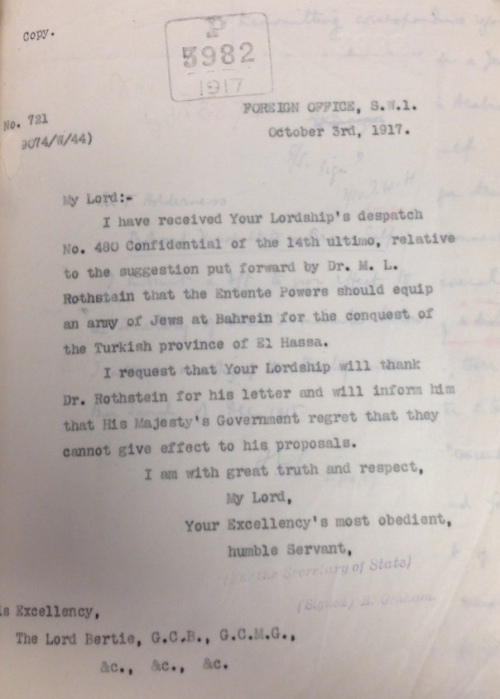 Lacking further documentary evidence or biographical details concerning Rothstein, we can assume his plan was not part of any formal movement possessing influence or power.  Moreover, we do not know what led him to devise a proposal so at odds with Britain’s longstanding strategy for imperial control in the region.  Indeed, the India Office’s Thomas William Holderness reflected that Hasa had ceased to be a Turkish province in 1913 with the conquest of Ibn Saud, a British ally, and Bahrain’s Al Khalifah rulers had been in treaty relations with Britain since 1820.  ‘His Majesty’s Government’, he wrote, ‘could not countenance… any proposal affecting their territorial rights or the status quo…’ 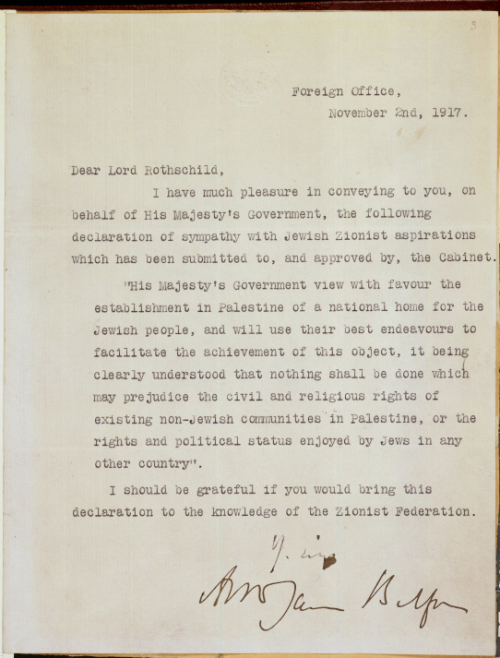 Add. 41178, f.3 Letter from A. J. Balfour, Foreign Secretary  - the formal declaration of the British Government in favour of establishing a national home for the Jews in Palestine, 2 November 1917.  Images Online

Although Rothstein’s proposal appears obscure and has been almost entirely forgotten by history, it reflected an historical momentum for the establishment of a Jewish national home, ideologically grounded in European nationalism and seeking legitimacy from European imperial powers.  Various locations were mooted for such a project, including Uganda, Argentina, Russia, Cyprus and, of course, Palestine.  Indeed, just a month after dismissing Rothstein’s plan, Balfour himself wrote his now-famous declaration expressing Britain’s favour for the Zionist aim of ‘the establishment in Palestine of a national home for the Jewish people’.

Posted by Margaret.Makepeace at 09:00:00 in Politics , Qatar