Cesspools, coal chutes and Carisbrooke Castle: The East India Company on the Isle of Wight

At first glance, there seems little to connect the Isle of Wight with the East India Company. And yet a document preserved in the India Office Records shows that, for a brief period, the island was considered as a potential location for an East India Company military training facility. 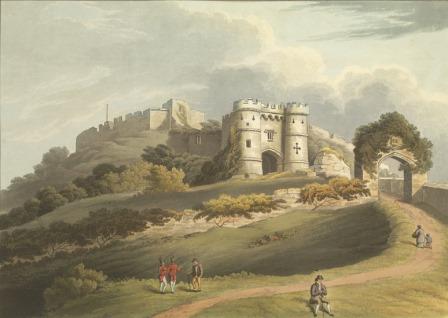 The report written by Richard Jupp, the Company’s Surveyor, investigated the possibilities offered by Carisbrooke Castle. Located near the centre of the island, the castle already had a long history before Jupp and his contact, Roger Stevenson, arrived in summer 1786 to take a look. Perhaps its greatest claim to fame was the fact that Charles I was imprisoned here prior to his execution in 1649.

By the time Jupp and Stevenson visited, however, the castle had somewhat faded from the limelight. But the possibility of establishing a permanent training base for the Company in Britain held out the prospect of a new lease of life for the building. With that in mind, Jupp was directed to assess the castle. More specifically, he was tasked with ‘forming designs and making estimates of the charge of erecting new barracks’. The plan was to billet ‘near one thousand recruits’ for the Company’s various armies here, as well as the officers necessary to train and discipline them.

But the castle was far from ready to receive its first batch of recruits. Jupp found ‘the inner walls … in a state of great dilapidation’. In places, they were ‘so much undermined as to render them in danger of falling’. Even more worryingly, ‘the buildings which in 1647 were called the Royal Apartments … were in ruins’. Fortunately, the Governor’s House was in better repair: it could accommodate ‘lodging for 120 recruits’. 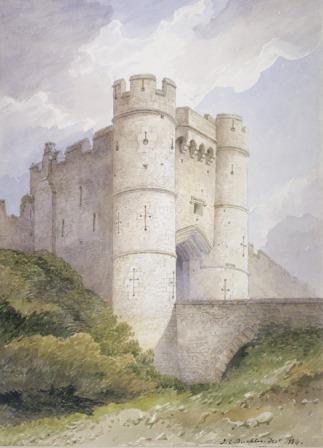 Having assessed the situation, Jupp outlined his ideas for transforming this ancient fortification into a state-of-the-art complex for a modern army. He ‘proposed erecting new barracks on the south and west sides … within the Castle Walls’. These substantial additions – each around 200 feet in length – would house 700 recruits. And Jupp insisted that they should be provided with ‘proper privies, drains, and cesspools’. He also advised the construction of a Guard House, a canteen, a new entrance gate, and ‘a repository for coals’. 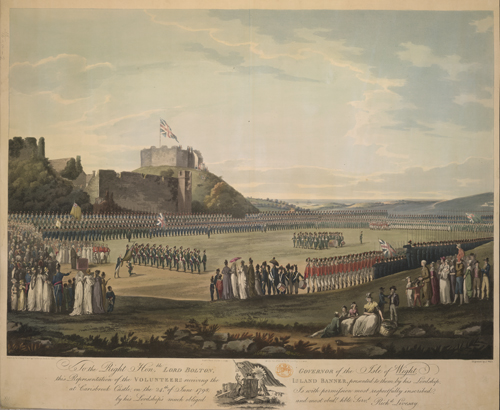 The final page of Jupp’s report contains his calculations for the cost of the building works. The total estimate of £8374 translates to over half a million pounds in today’s prices. Perhaps for this reason, the scheme was shelved for another decade. But we get a sense of what young army recruits might have made of being posted to Carisbrooke by a comment in Jupp’s report. In advising that the holes in the walls needed attention, he added that this was ‘necessary for securing the walls from falling and the soldiers from making escapes’.

Richard Jupp’s report sheds light on the ways in which the East India Company recruited and trained its soldiers. Perhaps more importantly, it shows how the impact of the Company in Britain reverberated far beyond its headquarters in Leadenhall Street.